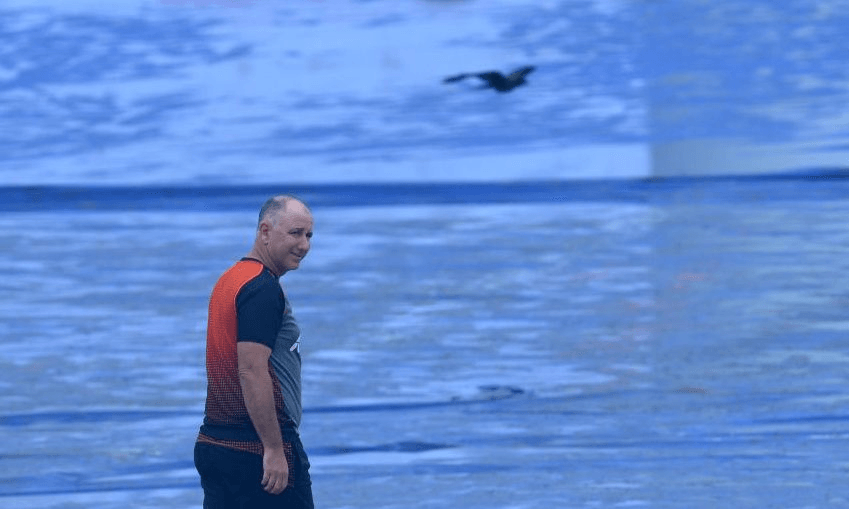 The controversy around the unexpected (but ‘pre-planned’) mid-season break for Black Caps coach Gary Stead left countless cricket fans feeling they were being taken for suckers. And no wonder: it’s only reasonable to be suspicious of what sports administrators tell us, writes Alex Braae.

In the English Premier League, there’s a phrase that inevitably causes excitement about the notoriously brutal competition claiming another scalp. When the club chairman releases a statement saying the manager has “the full confidence of the board”, it’s a good bet that something big is about to go down.

Take poor old Claudio Ranieri as an example. In the 2015/16 season, he took Leicester City to the absolute top of the pile. Fans of Leicester had largely resigned themselves to supporting a club that would aim to stay in the top-flight, and on really good years perhaps be in with a shot of qualifying for one of the European competitions. Their triumph came at odds of 5000-1, making it one of the most unlikely stories in the history of organised sport.

The very next year, Ranieri’s team came back down to earth, performing much more in line with what their squad and budget would indicate was possible. In early February 2017, the board went public “to make absolutely clear its unwavering support” for Ranieri. Two weeks later he was out. Modern sport is stacked with examples like this, across all sorts of countries and codes.

The curious thing about it is that the foundational assumption among fans and media is that they’re being lied to. Mistrust and suspicion is baked into the relationship. Sometimes lies or dissembling from administrators get found out, and a huge scandal erupts. And then, generally speaking, absolutely nothing happens. The show goes on, and the fans keep buying the product, despite the fact that they know full-well they’re giving money to people who just tried push them some brazen bullshit. After all, they didn’t trust the administration before. Why stop watching the team now?

I suspect a version of this is currently playing out around the “pre-planned” break of Black Caps coach Gary Stead. His team is currently involved in a home series against India, arguably the best and undoubtedly the most well-supported team in the world. Even in the sometimes-maligned ODI format, this is the sort of series that only comes round once every few years. And the coach is on holiday. What the hell?

It was the part about being “pre-planned” which really set off the controversy. We can probably now put some of that to bed. Newshub’s Andrew Gourdie reports that players were told during the series against England late last year, and laid out the reasoning that it would be the only realistic time over the summer in which he might have some time off. And elite sports organisations are increasingly aware of the need to balance the heavy load of professional sport with a broader wellbeing. A bit of time off after a stressful few months can be really important in that, and as NZ Cricket CEO David White put it, “we lost our last coach Mike Hesson to workload issues.” So perhaps this really just as it is being presented.

But the timing set alarm bells ringing furiously. The Black Caps had just come off two months worth of losing. Some of those losses were a case of narrowly succumbing to pressure at the death, others were just pathetic. There had been a few odd selection calls, some key players were weirdly out of form, and the team’s captain Kane Williamson was injured – meaning in theory there would be a leadership vacuum. Incidentally, the time since the Cricket World Cup final is approximately the same as what Ranieri got between holding up Leicester’s trophy and being handed the pink slip.

When presented with this evidence, it’s not conspiratorial to assume that the wool is being pulled over your eyes. It’s an entirely logical response to a set of information that just doesn’t add up. On Newstalk ZB on Friday afternoon, Martin Devlin would have spoken for a huge number of fans when he said “there are deep-seated problems in the camp. Not that we’re going to find out about it, because it’s just normal for a guy out of nowhere to take two weeks off in the middle of the season.” The sarcasm could hardly have been heavier.

The position that sports organisations hold is almost uniquely perfect for conspiratorial thinking. There is massive public interest in their output, but publicly available information is limited to a tiny number of potentially misleading data points – basically, the games themselves, relatively bland interviews, and press statements. Messaging and access to the players is ruthlessly controlled by some of the best PR practitioners in the business – for example, NZ Rugby over the last decade has enjoyed the services of Mike Jaspers and Andrew Campbell, both of whom are good enough at what they do that they went on to work for the prime minister. There’s an enormous amount of money sloshing around professional sport, some of which comes from fans, much more of which comes from similarly opaque organisations like businesses and broadcasters.

And there are almost no mechanisms for real public scrutiny to take place. Every once in a while, the lid gets blown off a scandal, like the massive endemic corruption and bribery throughout FIFA, or the drug-cheating that goes on in top-level cycling. But you can’t file an Official Information Act request to NZ Cricket, even though far more people would be interested in reading the emails between Gary Stead and chief selector Gavin Larsen about the resting of Tim Southee against Australia, than would ever care about something like the policy development process at Treasury. Sports organisations – to use the phrase beloved of contrarian NZ Herald columnist Chris Rattue – are like the Kremlin. We never really know what’s happening on the inside, and we probably never will, so have to draw grand meaning from tiny signals.

And perhaps, to a degree, that’s OK. These sorts of stories can fall into two categories – perhaps you could call it situational versus structural. The Gary Stead holiday is most definitely a situational case, in which you can feel absolutely sure that you’re being misled, and ultimately that’s OK, because the games still get played, and the product fans get is still good. The coach wouldn’t have been on the field anyway, and nobody tunes in to sport to wait and see who’s giving the press conference afterwards.

The real danger for sports organisations is when the piss-taking becomes structural. Ironically, the best example of this in New Zealand sport right now is also related to workload management. Fans are constantly told that Super Rugby is vitally important in its own right, and that it’s worth their time and money. But then again, there’s an immense amount of evidence every single season to the contrary, and seemingly from NZ Rugby’s perspective, it exists simply to be a platform on which the All Blacks can stand. It’s one thing to be spun a line, and entirely another to feel like you’re being held in contempt by those in power. Little wonder that after so many years of the latter, plenty of rugby fans couldn’t care less about anything other than international games.

So will the Stead drama hurt New Zealand Cricket? On balance, probably not. If anything, the conspiracies being aired over the last week have given everyone something to do between games, and kept the Black Caps in the headlines.

And besides, whatever was going on behind the scenes has clearly been totally and permanently fixed, because the Black Caps just won two games in a row. Will we ever know how such a miracle turnaround was achieved? Of course not, but the speculation will be fun.