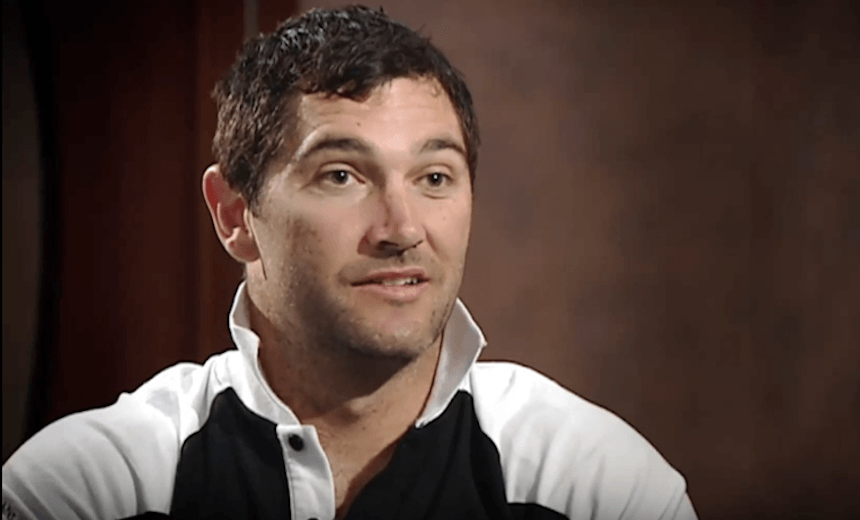 Rugby: The Return of Stephen Donald, The Hero in Jersey Number 22

Five years ago they cared, too. They yelled at him in pubs and howled like lunatics about him down the talkback lines, and muttered insults as they walked past him. Five years ago, he was hung out to dry by his coach after a game in Hong Kong. That started it all, this strange and wonderful and weird story of the Redemption of Stephen Donald, to which a brief provincial epilogue was added on a Thursday, in the rain.

The Redemption of Stephen Donald. Really? Who was actually redeemed that night – Donald? Graham Henry? The batshit crazy fans? Depends on how you look at it I guess.

He started from the bench on Thursday, in the rain, in jersey 22. He sat there in that dug out and watched the first half as a twenty-year old kid called Damian McKenzie did ridiculously good things at first five, in the ten jersey. His old jersey. He was never going to be a the star attraction, which is the way he wanted it. At halftime the union held a fan competition to see who could replicate ‘The Kick’. I told him about that particular plan before the match. He shook his head.

He does a lot of shaking his head, does Stephen Donald. On the field he’s famous for the ‘Beaver head shake step’, a running move of limited choreography but surprising effectiveness. Some big names have been fooled by it. Each of them hates admitting the fact. Off the field he shakes his head about his time in Bath, and Japan, and he shakes his head about all the hullabaloo that still won’t die away, four years after that night at Eden Park, five years after that night in Hong Kong.

He’s back in the province he loves now, the Waikato, named for the big river. He’s eternally linked to that great slow rolling serpent. He was pulled from it to play in a World Cup. His brother works on the river too, consulting on the use of its water. He wanted to come home. He didn’t need to. He could have lived out the rest of his days in comfort on the deeds of one night at Eden Park, telling the same old yarns to the same old punters. It says plenty about Stephen Rex Donald that he would rather have another crack at provincial rugby.

It rained on him as he got up to stretch. 50 minutes of the game had already gone by. Damian McKenzie was going to be man of the match, of that there was no doubt. On the other side was Lima Sopoaga who, like Donald before him, missed the cut for the All Blacks Rugby World Cup side. He must have shot a look at the Waikato bench, at least once. He must have seen the precedent watching on…

But that won’t be Lima’s story, not in the same way at least. Plenty of people wanted Sopoaga to be in the All Blacks side.

Our returning hero stretched in the in-goal, and he stretched on the sideline, and he shook his head a couple of times and then he stretched some more. The clock ticked on. He broke the record for the longest warm up in provincial history. It went for 19 minutes. The rain eased.

I had spoken to rookie Waikato coach Sean Botherway before the game. We spoke of Stephen Donald. He had been great for the young side, the coach had said. He was a great team man. Everyone says that about Beaver: a great team man. He had organised a function for his team mates that night. Of course he had.

He stood on the sideline sweating from the warm up. He looked like he was tired already. He also looked lean, his jersey was the right size. It was time. With 69 minutes gone, Stephen Donald returned to the park at Waikato Stadium after a four year absence. What there was of a crowd rose as one to salute their favourite son.

So much has changed in four years: It was the biggest cheer of the match.

After the game, Southland’s tireless open side flanker Tim Boys said that when he heard the noise he thought there must have been a streaker. In a way he was right: Donald had stripped back the legend to once more reveal the man. There’s a lot to admire in that. He didn’t need to come home to play.

In the end he made a couple of tackles and didn’t touch the ball. But that wasn’t really the point. The point was Stephen Donald was back. He stood with his parents after the game. They’re as middle New Zealand as a hilltop in Nelson. They smiled, he smiled, the crowd smiled with them.

I smiled, too. And the rain fell again. On a Thursday. In Hamilton.