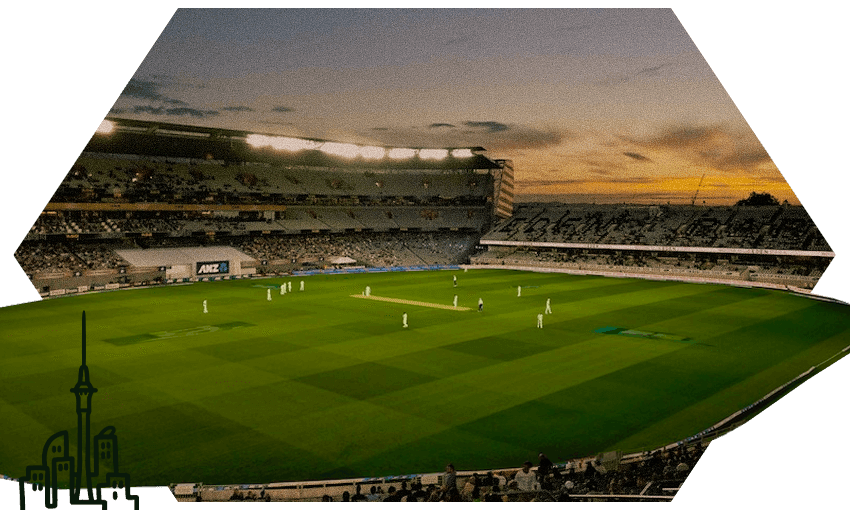 A recent opinion column by the chair of the Eden Park Trust Board was a thinly veiled plea for yet more Auckland ratepayer funding, writes former New Zealand Rugby comms chief Brian Finn.

This column first appeared as a guest post on The Bounce, a Substack newsletter about sports by Dylan Cleaver.

As this fictional world inches towards conflict, there is much angst about aging naval fleets and whether they will be up to snuff when Nato and Russia clash.

The notion of old, poorly-equipped ships came to mind when I read an op-ed in the New Zealand Herald by Eden Park Trust Board chair Doug McKay headlined ‘“Eden Park needs Christchurch Stadium built to attract global events to NZ’.

Here was the representative of an aging and no-longer fit-for-purpose battleship – Eden Park – giving advice to another city, Christchurch, on how it should go about building its sleek new missile destroyer – a purpose-built, covered stadium (which is already well down the track on design and costing but thanks for the unsolicited advice).

However, McKay’s advice wasn’t really about Christchurch, was it?

That was evident pretty early in the piece. “Some in Auckland think a new waterfront stadium is the answer to all our prayers but Eden Park has most of that and with very modest upgrading could have the whole lot too,” he wrote.

And there you have it – slipped in with the kindly advice, a not-so-subtle ask for even more public funds.

Unlike Christchurch’s future stadium, Eden Park is not publicly owned or controlled. It is governed by the Eden Park Trust Board. Its beneficiaries – notionally the people of Auckland – are, in fact, Auckland Rugby and Auckland Cricket, who receive a host of benefits, priority access and cold, hard cash from happening to be, historically speaking, the first tenants of Eden Park.

That money flow, however, is one way. Eden Park is now reliant on public funds to survive – first for the major redevelopment in time for RWC 2011 (don’t mention the stadium war), then a series of grants and debt relief from Auckland Council in 2019 for much-needed maintenance, some of which turned out to be a new big screen (meanwhile, the West Stand leaks when it rains). The Trust Board was back cap in hand again just last month, asking council for a special top-up of funds to, among other things, fix the dang leak.

So, please, tell us about your plans for a modest upgrade. How much will that be? We’re all ears.

McKay went on to extol the virtues of “a great stadium fit for purpose for rectangular events and other activities like concerts”. How would he know? Eden Park is neither rectangular. Nor is it fit-for-purpose.

Just like gigantic battleships, the age of the multi-purpose stadia has gone. Across all of Australasia, there are only two cities that do not have a major rectangular (football codes) stadium and an oval (cricket) stadium. They are Auckland, which does not have a genuine oval, and Wellington, which uniquely has two ovals.

McKay goes on to highlight the importance of “an outstanding fan and player/performer experience”.

Again, the battleship has forgotten that it’s been parked in the wrong place, is not typically a great venue outside the 80 minutes of footy and, like all of Auckland’s stadia, has forgotten that this city has the highest rainfall outside of one small valley in Fiordland (yes, I exaggerate, but this week it did feel like that).

But most amusingly, he counsels Christchurch’s potential new stadium operator to not “try and be all things to all people”. Point of order Mr Chairman, but that is EXACTLY what Eden Park has been doing for 20 years – and failing at all of it.

Just a couple of years ago, Eden Park spent millions of dollars (reader note: remember who is now funding Eden Park) on a bid to host concerts. It pitched that bid on a promise to attract new, never-before-seen concerts to the people of Auckland. Since then, it has hosted one concert, Six60 – previously in residence at council-owned Western Springs. It has booked Guns N’ Roses, also a former tenant of Western Springs, and Ed Sheeran, who set records in a three-night stop at Mt Smart Stadium only four years ago.

The revenue from these shows is literally being siphoned away from council venues, where the surplus they generated went back into providing community facilities, services and support. The same council that has a $1 billion revenue shortfall; the same council that Eden Park is asking for money to fix its leaky lounges.

Sports fans who like lots of space around them may want to take note of McKay’s other advice – notably that “the country doesn’t need more at this size and Eden Park fits that bill perfectly with the ability to upgrade and go even bigger”.

That statement reeks a little bit like a superpower telling other countries not to try to match them – after all Battleship Eden Park “fits that bill perfectly”.

Also, the Eden Park that is too big for all but a handful of All Black tests and the odd Super Rugby final wants to get BIGGER?

McKay acknowledges this (sort of) when he notes that “maintenance and depreciation for rarely used facilities is an ongoing heavy financial burden”.

And that is the nub of Eden Park’s forever problem: it will always be the wrong size for frequent use; it will always be in the wrong place; and until its ownership is genuinely connected to community needs and not private interests, it will never be cost-effective to operate.

In and among the gratuitous Eden Park self-promotion, there was a glimmer of logic in the Herald column: that a country the size of New Zealand should take a network approach to managing its stadium assets. It’s absolutely the right course of action.

The irony is that the suggestion came from Eden Park. Auckland Council or its agencies has at least twice asked Eden Park to come into a shared stadium operation with its three outdoor stadia – North Harbour, Western Springs and Mt Smart – and each time, Eden Park Trust Board has rebuffed the offer.

So much for collaboration.

Auckland’s current and future representatives should be thinking long term about a pathway to a proper stadium set-up for the city. Dunedin, Hamilton and Tauranga/Mt Maunganui have all solved it. Christchurch is working on it as we speak.

A robust Auckland plan should look to retire the leaky battleship in Mt Eden and some of the rust buckets that surround it (that’s you Mt Smart), and work towards a fit-for-purpose, covered facility for football and events, and one for cricket.

Let’s not commit any more public funds to a sinking ship.

Brian Finn runs public affairs consultancy Engage Group and has worked in the stadia sector. A former head of communications for New Zealand Rugby, he was closely involved in the successful RWC 2011 bid and the tournament itself. Regrets, he’s had a few, most notably not being a better advocate for a new stadium at that time.