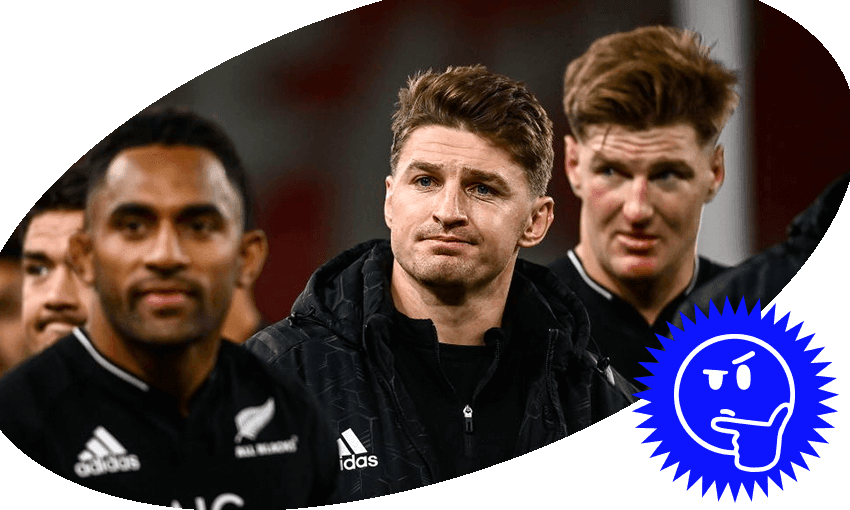 The All Blacks still sit proudly at the top of the pyramid, but even that pointy end has been blunted by years of underwhelming performances. (Image: David Fitzgerald/Getty. Additional design: Archi Banal)

2021 was the worst year to be an All Blacks fan

The All Blacks still sit proudly at the top of the pyramid, but even that pointy end has been blunted by years of underwhelming performances. (Image: David Fitzgerald/Getty. Additional design: Archi Banal)

It was a grim year for the national side, and for the sport as a whole. The challenges are steep both on and off the field, writes Dylan Cleaver.

For some it is a question asked in fear, for others tired of the sport’s primacy it is more like hope: Is rugby losing its grip on the country?

This is not a proposition unique to 2021. There have been many times in the past when the same question has been asked – most notably after the divisive 81 Tour – but unlike then there is no single flashpoint, just a sense of weariness with rugby. Unlike then, there are hard numbers to match the anecdotal evidence that fewer people care about the national sport.

Clubs are struggling, participation is down, schools are fielding far fewer teams, attendance and interest in the national provincial championship – once the best competition in the world outside of tests – has long been in freefall. We can only guess what form Super Rugby will take in the years to come.

Women’s 15s, a convenient victim when Covid-19 first showed its fangs, came back online in 2021 but the Black Ferns were outclassed by England and France on their brutally unsuccessful northern tour. The trip was made worse by allegations by Te Kura Ngata-Aerengamate that belittling criticism by long-time coach Glenn Moore drove her to a mental breakdown – allegations that NZR described as “distressing”.

If you’re looking for a jewel it came in the Olympic gold medal-winning campaign of the Black Ferns sevens, led by Sarah Hirini who this week walked away with NZ Rugby’s top award, the Kel Tremain  Memorial. While many diehard rugby fans still view sevens as the frivolous face of rugby, the marketing benefits of winning an Olympic sport should not be underestimated.

At the top of the pyramid the All Blacks still proudly sit, but even that pointy end has been blunted by four years of underwhelming performances. Perhaps, when we talk about rugby’s popularity, this question remains the most urgent: do we still love the All Blacks, the cultural and financial heartbeat of the sport?

David Moffett, the one-time CEO of New Zealand Rugby, has become the sport’s fiercest critic. Sometimes those who talk loudest get ignored most. The English-born, naturalised Australian who calls North Canterbury his home, has seldom been caught short of an opinion but perhaps now it is time for the current crop of administrators to start listening.

Moffett has a shopping list of charges against the national body, all of which he says have contributed to the malaise. Some are  fundamental to the sport and longstanding, in particular the complicated laws around the breakdown. Others are contemporary issues, such as the botched Silver Lake deal and the appointment of Ian Foster as All Black coach over the charismatic Scott Robertson.

“There is way too much emphasis on coaches,” says Moffett. “The lawmakers have given way to a small group of strong-willed coaches who have said we’re playing the game this way, forcing the laws to be interpreted to their demands.”

The problem, says Moffett, is that none of these coaches relate to kids, and the rugby that would engage future generations of fans. That’s why, he says, the vast majority of entertaining running rugby only comes in horrible mismatches – “where All Blacks high five each other as they bring up 100 points” – and it’s why he fears rugby is destined to become a footnote in basketball’s winter takeover of school sport.

He’s developing an alternative version of rugby, Real Rugby, which he hopes will re-energise the sport. That is a good place to pivot to Kieran Read, the All Black captain in the last World Cup, who is also brutally frank when it comes to his sport’s shortcomings.

Speaking recently, Read said that the World 12s, another hybrid concept, offered “a lifeline” to rugby, a deliberately strong choice of words: “I love test matches but I watch them now and they’re not all exciting [because] generally there’s too much TMO interference and all the scrum resets can be hard work.”

His and Moffett’s criticism mirror that of All Black legend Ian Kirkpatrick, who described the game as “unattractive, unsafe and ridiculously gladiatorial”.

Kirkpatrick is part of an ad hoc group of former All Blacks trying to lobby for changes to the laws.

“The amount of collisions in the game now is crazy. You have a couple of big guys commit to the breakdown to try to win that collision and then the rest fan out across the field and wait for the next one. It all revolves around the advantage line. There’s no space,” he told the New Zealand Herald earlier this year. “The game has always been physical but it’s got to a ridiculous point now and it doesn’t need to be like that.”

Rugby is under attack from within, yes, but it’s also being eyed by a familiar foe.

In a recent piece for Business Desk, former Warriors CEO Trevor McKewen said the NRL planned to come aggressively after rugby’s hearts and minds – and eyeballs.

McKewen was a former CEO of the Warriors and one of Rupert Murdoch’s chief spruikers when News Corp went up against the ARL establishment in the Super League war of the mid-90s, so you could say it involves an element of wishful thinking from a diehard league man, but there is a genuine belief that rugby’s hold on the country has never been so tenuous.

“The NRL’s Kiwi battle plan is being unveiled at a time of growing conviction that the All Blacks are slowly losing their iron grip on Kiwi affections – and that NZ Rugby may be in a hole it’s not capable of climbing out of,” McKewen wrote.

“Beyond NZR’s inability to seriously influence the direction of northern hemisphere-dominated World Rugby, there are the worrying portents around the All Blacks’ time-honoured status as indisputably the globe’s premier rugby team.”

Indeed, the All Blacks looked powerless to hold back Irish and French tides this northern autumn and while there were many contributing factors to the defeats – most particularly bubble fatigue after being away from home for months – there is not a great deal of confidence that the All Blacks  have the on- or off-field personnel to turn it around in time for the 2023 World Cup.

This is a worry. The All Blacks are the key plank – some critics would argue the only plank – in rugby’s strategy to win new fans.

A New Zealand Secondary School Sports census last year reported that “meaningful participation” in rugby had dropped by an extraordinary 12 percent in high schools over the four-year period from 2016, despite a large increase in the number of girls playing.

Rugby was just the third-most popular sport behind netball and basketball and would have slipped into fourth if it was not for the fact that football’s numbers are skewed by the fact thousands of school-age children play for clubs.

Five years ago New Zealand Cricket commissioned research to measure the viability of its future and the results spelled big trouble for traditional team sports. It determined that participation, passion, consumption and attendance had been in a downward slump, a trend that was acute among younger generations, with a ratio of 3:1 being more passionate about entertainment than sport.

In other words, all the sport’s barometer readings, save the performance of the All Blacks, were heading in the wrong direction. If the All Black needle starts dropping, too, the hole just gets deeper.

As McKewen wrote, rugby authorities are like the pilots of the Titanic when it comes to navigating dark seas and the constraints on NZR ambitions are “mind-numbingly” complex.

For those of us who have heard or read stories of rugby’s impending demise many times in the past, we’ll need more convincing. The very fact that rugby remains attractive to private equity giants like CVC and Silver Lake indicates that they see massive potential for growth in the sport.

As broad strategies go, perhaps NZR sees its primary role as fighting for prime position within this growth and then dragging the casual and disengaged fans back in for the ride.

Perhaps this mini-era of rugby will come to be viewed as a mid-pandemic anomaly, or even as an opportunity for rugby to reset for a digital future.

Taken in isolation, however, 2021 will go down as one of the All Blacks’ – and by extension the sport’s – more forgettable years.