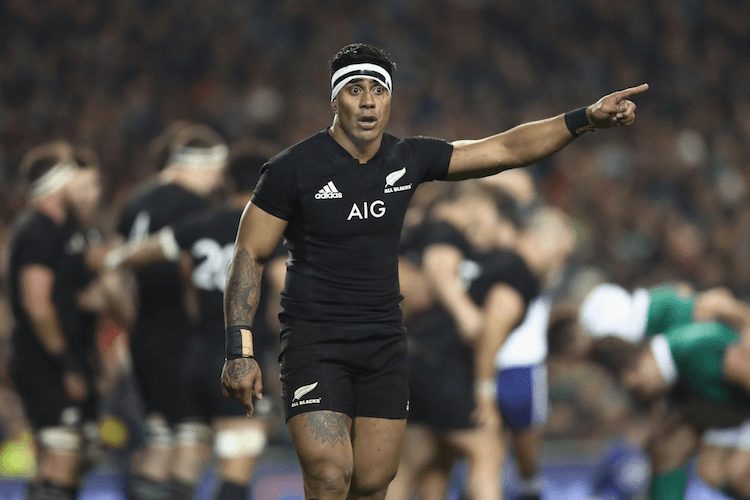 Fresh shadows are descending on Australian rugby – and it goes further than the Israel Folau saga, writes Trevor McKewen.

Folau’s dismissal from his $A4m four-year playing contract was as predictable as the inevitable legal appeal that will follow – and probably swallow up his salary, savings and more. There have been missteps all over the place and the whole debacle could yet cost Rugby Australia’s Kiwi CEO Raelene Castle her job. But given what’s just around the corner for the beleaguered code, Castle might be best to hightail it out of Sydney and come back home as soon as she can.

For the Folau saga is a mere zephyr compared to the tornado coming that will engulf Australian sport – and whose chilling tailwinds will be felt by Kiwi sports stars who ply their trade in Australian competitions.

Put simply, the Australian sports pay-TV business has run out of puff, and as the Sydney Morning Herald noted in its headline piece last week ‘Australian sport’s TV gravy train heading to the end of the tracks’, the ramifications are significant.

Big-time salaries for stars in AFL and NRL players – including the best Kiwis playing for Australian sides and the Warriors – are predicted to tumble. In Super Rugby, which struggles to make any impact against its two more powerful football codes across the ditch, the fall from grace will be faster and potentially far more dramatic.

Due to an unfortunate quirk of timing, rugby will be the first major sports body to sit down and negotiate a new broadcasting deal for its product in Australia.

Waiting at the other side of the bargaining table will be Rupert Murdoch, once dubbed the fairy godfather of Australian (and world) sport.

How the wheel has turned. Just a quarter century ago, Rupert was the benevolent paymaster of sport – not just in Australia but around the world as his broadcasting deals via his News Corp monolith effectively funded world sport, whether you were the English Premier League, the Sanzar rugby alliance or the NRL.

Think of the Super League war of the mid-1990s where some player salaries quadrupled overnight. And rugby where the late Jock Hobbs did a sterling job in keeping Murdoch’s arch rival Kerry Packer away from the All Blacks and spawned a lucrative professional era fuelled by the Australian-born mogul’s seemingly bottomless money pit.

But now – 25 years on – Murdoch has morphed into a cranky octogenarian who believes his wallet is being fleeced by some sports. And few will be immune to the resultant belt-tightening.

Murdoch’s world has shrunk dramatically in the past couple of years. He didn’t see the Four Horsemen of the Apocalypse – Facebook, Apple, Google/YouTube and Amazon – coming, dusting off their hoof-prints as he arrived at the realisation he could never match their social media empires and was better to cash up his more valuable entertainment assets. They have been sold to Disney in a huge deal which will reshape the global streaming market, and sees Murdoch controlling a smaller and leaner proposition.

He has settled for retaining his international news and sports assets – with the most glittering and lucrative being the Trump-enablers Fox News in the US – and put his son Lachlan in charge.

Downsizing is all relative when you’re worth $US20 billion. But it’s effectively what Murdoch is doing and sport will be the first to feel the bite after he signalled in market statements in the US and Australia that News Corp would be making spending cuts to its Foxtel pay TV business in Australia on “non-marquee sporting content”.

Given Foxtel’s pay-TV subscription business funds approximately 80% of broadcasting fees paid to Australian sports, you can understand those words creating terror amongst their sports administrators.

Roy Masters, the former first grade rugby league coach turned astute journalist and commentator, has been among the first to warn of the sound of thundering hooves approaching.

Writing in the Sydney Morning Herald, Masters noted: “Foxtel’s cost-cutting represents an immediate challenge for Rugby Australia, a crisis for Football Federation Australia in two years time and a problem for Supercars”, before adding: “Even the major winter codes, such as NRL and AFL, will flatline revenue wise and be forced to increase attendance, sponsorships and membership sales if they want to sustain players’ salaries at current levels.”

How has it come to this? Without the sort of privileged legislative monopoly Sky has enjoyed from successive Governments in this country, Foxtel has had to swim against the tide in Australia. It has battled formidable free-to-air network opposition around sports rights in Australia and lost $A417 million last year. It also needs to urgently refinance a $US1.7b debt package.

Like a tsunami, these events in Australia will roll across the Tasman and have potentially equal impact here. Australia’s sports broadcasting rights market is unique in comparison to the rest of the world. It’s also extremely competitive and that has created some spectacular, arguably out-of-kilter deals for sports bodies who have then been able to reward their athletes accordingly.

Rugby will be the first sport in Australia to engage with a new frugally-minded Foxtel. The phrases used by News’ executives – “non marquee sporting content” – will be ringing in Castle’s ears when she sits down at Foxtel’s Moore Park headquarters in Sydney.

But they will also be causing her New Zealand counterpart Steve Tew and other Sanzaar officials a few sleepless nights as well. Castle needs to convince Foxtel to pay well for the content the Australian union throws into a collective pot with the New Zealand, South African and Argentinian unions for Saanzar (the extra A now being for Argentina) products such as Super Rugby and the Quad Nations.

She has a difficult challenge. Realistically, thanks to the combined power of AFL and NRL and the repeated failure of Australian teams within Saanzar competitions, rugby is pretty much the quintessential “non-marquee sporting content” on their side of the Tasman.

The problem is the less Foxtel pays into the collective kitty, the less Saanzar has in the new broadcasting deal that is so critical to the future of its members.

That will impact on deals for New Zealand players and how much an All Black could earn if based in New Zealand. If that happens, it will inevitably hasten players heading offshore to Japan and Europe. It may even lead to NZ Rugby finally relenting and selecting overseas-based All Blacks. A first step might be allowing Australian Super Rugby franchises to contract All Blacks to boost their chances of winning, thus lifting the profile of the code there.

The challenge doesn’t stop with rugby. The NRL has been smart enough to insure itself against reliance on broadcasters by creating its own digital platform, but those moves won’t result in the sorts of quantum leaps in fees they’ve enjoyed in the last quarter century thanks to Murdoch.

As Masters noted, the best the NRL and AFL can hope for is player pay staying at the same level by passing on the loss on broadcasting dollars to the corporate world and you, the fan, via higher sponsorships, ticket prices and memberships.

Kiwi-spawned superstars like football’s Roy Krishna are likely to be affected down-the-line. The Phoenix sharpshooter might be hot A-League property right now but in two years time, Football Australia sits down with Foxtel and it will be the players who feel the bite.

Additionally, if Foxtel deems sports such as the Aussie V8s and major golf tournaments in Australia to also be in the “non-marquee” category, Kiwi Super car drivers like McLaughlin and van Gisbergen and golfers like Fox will feel the pinch in prizemoney and contracts.

Whatever happens, the sporting landscape in Australia is about to change. And it’s inevitable that when Australia coughs, New Zealand will catch a cold.