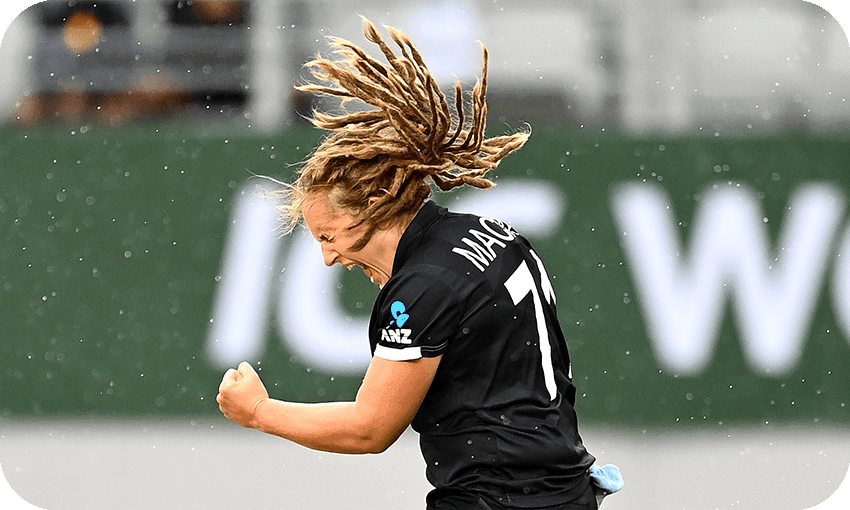 With underdeveloped systems and a bit of bad luck, New Zealand Cricket has some big decisions to make regarding the women’s game, writes Dylan Cleaver.

Following the all-but-official failure of the White Ferns to advance out of the pool stages at their own World Cup*, a day of reckoning is coming for New Zealand Cricket.

They have to decide how committed they are to becoming a force in the women’s game because, all bad luck aside, they are wading in a shallow talent pool and are playing a game that feels stylistically dated.

Post mortems are painful and in this case it needs to be tempered by the knowledge that most of the athletes in the White Ferns are expected to produce high-performance outcomes on low-performance means.

There has been plenty of evidence in this past Word Cup cycle that New Zealand is falling further behind the highly professionalised systems of England and Australia in particular, so it shouldn’t come as a shock to lose to them. In all seriousness, too, if three or four small bits of cricket went slightly differently, they would have beaten the West Indies, South Africa and England – fine margins and all that.

You also have to remember that many of the advantages one would expect from having a home World Cup have been nullified by Covid – small crowds, isolation from friends and family and, to a degree, even familiarity with conditions.

New Zealand played all their warm-up ODIs against India in Queenstown, not a World Cup venue, and had a couple of warm-up knockabouts at Lincoln Oval, again not a World Cup venue. Unsurprisingly, they looked less comfortable with the pitch at Bay Oval for their opener than the West Indies did.

Injuries also were not kind, with Lauren Down in particular a big pre-tournament loss, and Sophie Devine and Lea Tahuhu both pulled up at crucial times during yesterday’s heartbreaking one-wicket loss to England.

Yet there needs to be some serious introspection about the way they want to play the game because so many of the White Ferns’ struggles come back to a lack of depth and a lack of a Plan B with the bat.

It’s like they chose the batting list in order of how good they are and without any specific attention to the roles they might be asked to play as the innings wears on. The one nod to flexibility was using Tahuhu in a floating role – but she has an ODI average of 8.9, so you’re asking a hell of a lot for her to be a consistent game-changer.

The White Ferns have a massive middle-order problem that they’ve never come close to solving. Amy Satterthwaite and Maddy Green have scored 296 runs between them with one match to play – which is a good return – but have chewed up 442 deliveries to get them.

In modern cricket you might be able to carry one accumulator, but not two, and certainly not at number four and five in the order, positions where you should be pressing, not lifting, the accelerator.

Satterthwaite has already identified slow scoring as the team’s Achilles heel. “At times throughout this campaign we let the bowlers bowl to us just a little bit, rather than taking the brave, positive option,” she said. “Putting up scores of 200 [to] 220-odd against world-class opposition unfortunately is not enough and we needed to find a way to get bigger totals on the board.”

The problem was that the experienced duo had little choice but to play this way because there was no trust in the lower-middle to lower order. If you look at where New Zealand were poised at the 10-over mark, apart from 29-3 against Australia, they were in prime position to launch: 41-1 v West Indies; 57-1 v Bangladesh; 51-1 v India; 30-1 v South Africa; and 52-0 v England.

That the launch rarely happened points to a poorly constructed line-up.

This will hurt. The White Ferns were built around an experienced core of players – Devine, Suzie Bates, Tahuhu, Satterthwaite, Martin and Frances Mackay – in their 30s. Aside from the Kerr sisters, there are question marks as to whether the younger brigade are ready to step up.

With disappointment comes opportunity, however, and the White Ferns are overdue an ODI reset.

Let’s see what New Zealand Cricket is prepared to throw at it.

*There is technically a chance the White Ferns make it through to the semi-finals, but it requires a whole lot of luck.

It’s been pointed out to me in the replies that another (slightly more likely?) chain of events would also see @WHITE_FERNS qualify for semis: