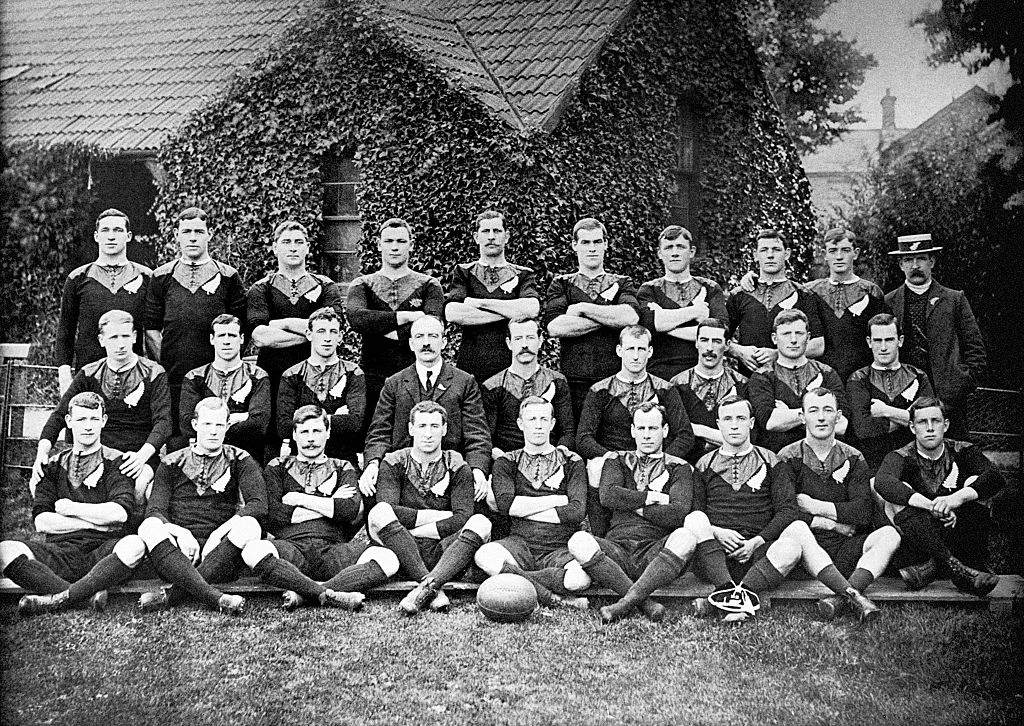 This week the All Blacks launched their ad campaign to boost the June test series with France, labelling it The Battle For The Gallaher Cup. But ‘battle’ is the wrong word for the wrong situation, writes Jamie Wall for RNZ.

Dave Gallaher was the captain of the Originals, the first New Zealand rugby team to be known as the All Blacks. In 1905-1906 they toured Britain, France and the United States and lost only one match of the 35-game tour. The Originals basically set the standard for every All Black team since; Gallaher’s legacy was tragically secured when he was killed in action in World War I.

There is a statue of Gallaher outside Eden Park. The Auckland premier club competition shield is named after him. And, since 2000, the cup that France and the All Blacks play for has been, too.

But while rugby is fun and entertaining, battles certainly aren’t. This distinction needs to be addressed: the tagline chosen to market the upcoming Gallaher Cup has dishonoured Dave Gallaher’s name.

The Battle of Passchendaele was one of the most horrific in the history of warfare, even by the morbidly banal standards of World War I death and destruction tolls. It is the one engagement that sticks out as the showpiece of everything that made the Western Front a hell on earth.

By the time that Sergeant Dave Gallaher of the New Zealand Division awoke to what would be the last, violent day of his life, it had been raining for weeks. The fields surrounding the trench system in which the soldiers lived and died had turned into a quagmire of mud that men were drowning in – when they weren’t getting shot to death by machine guns or blown apart by artillery fire.

Gallaher fell on the 4 October 1917, after an explosion sent a chunk of metal through his helmet and into his head. It stayed there while it took him another several hours to die, bleeding out on an unsanitary field hospital bed in the rear, 100 years away from the sort of medical attention and pain relief that we today take for granted.

And he wasn’t by any means the only one; 319 more New Zealand soldiers were killed alongside Gallaher as they attacked a ridge. Eight days later while attacking another ridge, 843 more were killed. That’s how World War I was for four whole years – the bloodiest (up until that time) and most pointless war ever fought, at the cost of 18 million lives. Thirteen of those killed were All Blacks.

It makes sense to name the trophy that the All Blacks and France play for after Gallaher (well, almost – given that he actually died in Belgium), but it does not make sense to conflate the way in which he died with a professional rugby game.

You couldn’t get further from what happened in a desolate no-man’s land in Passchendaele to what the All Blacks and France will do in June. These professional rugby players will be paid a substantial amount of money, be fed the most healthy and substantial diets possible, and will be treated like gods when they play in front of packed stadiums up and down the country.

So they should too – I don’t mean to slight any of the natural talent and dedication international rugby players possess. But there is some irony that, like the recruitment posters that sent millions to war 100 years ago, they’re being used in a campaign like this to extol the virtues of ‘battle’.

War doesn’t deserve any more glorification. War in New Zealand, especially, doesn’t even come close to deserving it, given the refusal of the New Zealand Defence Force to give some frank and honest answers regarding its involvement in the actions described in Nicky Hager’s Hit & Run book. It’s a cheap and easy ploy to call sporting fixtures ‘battles’, which usually wouldn’t matter that much. But it does when you’re trying to make money off the name of a guy who suffered a terrible death in a real one.

The only word that’s remotely accurate in comparing the upcoming Gallaher Cup and the death of Dave Gallaher himself, is to do with why these two mismatched teams are even playing each other at all: pointless.

This column first appeared on RNZ.