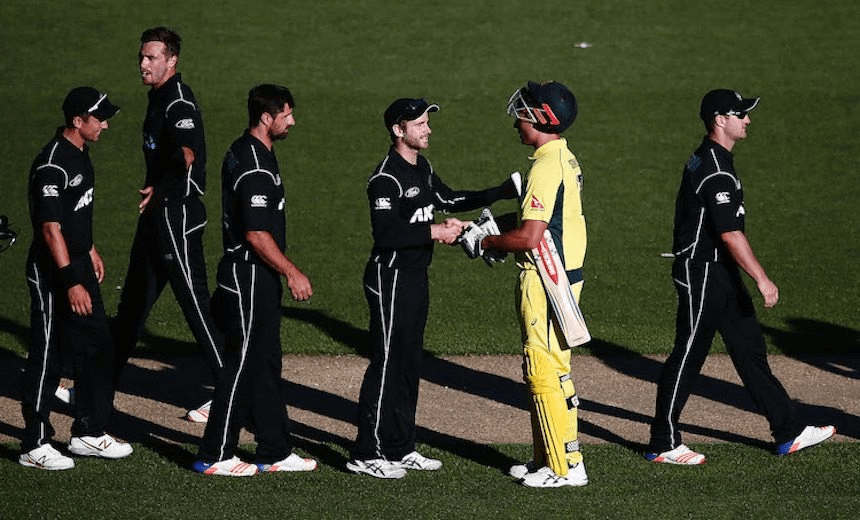 A weird thing happened to me at the cricket yesterday: for the first time in my life I felt sympathy for Australia, confesses Jamie Wall.

It was at around 4:30pm yesterday that the unthinkable happened.

I actually felt like Australia deserved to win a game of cricket.

The man responsible for this new emotion was unheralded middle-order batsman Marcus Stoinis. He strode onto Eden Park with his side’s batting order being shredded by the Black Caps’ bowling attack. The general reaction to his arrival at the crease by the crowd was one of heavy ambivalence – unless anyone had been following Australian domestic cricket closely, you would’ve been hard pressed to find someone who had even heard of him.

He had a batting average of four. When he left the field, it was 150.

His innings of 146* contained an entire century worth of boundaries, 66 of those runs coming from sixes. The Black Caps’ top scorer, Neil Broom, managed only seven more runs than that in total.

After being 6-67 at one stage, Stoinis and James Faulkner seemed to have set about restoring some credibility to the Australian innings by treating the rest of the innings as batting practice. At least, that’s what everyone thought they were doing. The crafty Aussies plodded around, getting a few singles and the odd boundary.

But it soon became obvious that they weren’t simply padding their averages. Stoinis started picking up the pace after he reached 50, but also started protecting his partners after Faulkner was dismissed. They were trying to win, even in this most hopeless of circumstances.

When he reached his hundred, the crowd rose and cheered, enjoying the safe novelty of giving an Australian some some sincere praise. Then came the nagging feeling that he might just pull it off, despite having no recognised batsmen with him and still a bunch of runs to get.

He started swinging. He cracked everyone into the Eden Park stands, most notably ruining James Neesham’s day by clubbing him for 21 off one over. It was the cricket equivalent of a fighter being knocked down five times in the first round and then coming back to win on points. You couldn’t help but admire it.

I was faced with a sport-watcher’s dilemma. By now they were nine wickets down and by all rights, destined to lose. But the way Stoinis was playing, destroying the bowling attack with ease while brilliantly ensuring Josh Hazlewood never had to face even one delivery, meant if they were to win I would be witness to something beautifully unique.

The end came seven runs short. It took some smart captaincy by Kane Williamson to finish it, handing Hazlewood what was surely the longest diamond duck in international cricket history. My first reaction was jubilation. But then, like others around me, I experienced a new emotion. Unbelievably, I was starting to feel sorry for the Aussies.

It had been a long, long day in the sun. Stoinis and Faulkner’s initial partnership sent more than a few of the crowd to sleep, then the former’s fireworks woke everyone back up. Perhaps the violent shock of emotions jilted my brain, but I wasn’t alone. As we filed out of Eden Park, there was a murmuring that you couldn’t help but nod your head at.

They deserved it. The underarm-bowling, sledging, classless, boorish, canary-yellow wearing cricket bullies deserved to win. There, I said it.