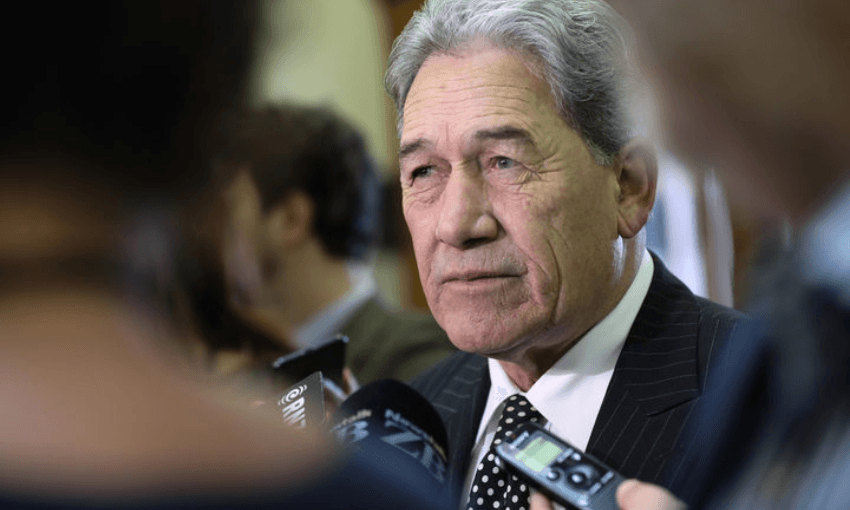 Good morning, and welcome to The Bulletin. In today’s edition: Winston Peters wraps up acting-PM tenure, Gloriavale wants millions of taxpayer dollars, and teachers vote for a full day strike.

In the end, the sky did not fall. Winston Peters is having his final day as the acting PM today, before going back to being merely the foreign minister, deputy PM, and leader of the NZ First party. Six weeks gone, in the blink of an eye. So, how did he go?

Other politicians gave him pretty predictable ratings out of 10, based on party affiliations, reports the NZ Herald. National leader Simon Bridges had a bit to say, particularly around the government reportedly upsetting major trading partners Australia and China under Mr Peters’ watch. Mr Bridges was probably also a bit miffed that Question Time basically devolved into Mr Peters insulting him on a thrice weekly basis – like this rather low-hanging effort from the acting PM yesterday.

Let’s not forget Mr Peters also made a rather undiplomatic foray into UK politics, saying there was a coup attempt coming against their PM Theresa May. As bizarre as that incident, and telling Australia to change their flag were, it didn’t really seem to register all that much. Perhaps that’s because people – quite understandably – don’t really care all that much about the politics of diplomacy. Or perhaps it was more like a suggestion made on the Gone by Lunchtime podcast – that because his tenure was so finite, such remarks were more easily brushed off.

So what happens now? PM Jacinda Ardern returns tomorrow and it will be business as usual again. But what exactly is business as usual for this government? This from Stuff’s Hamish Rutherford is a useful insight into the uncertainty around the business community – which has caused confidence to plummet under the current government – and why Mr Peters’ tenure won’t have helped matters. There are plenty of people who rubbish business confidence as a political rather than economic statistic,  but that doesn’t really change whether or not it matters. Jacinda Ardern’s job will be no easier than it was when she left six weeks ago.

The Gloriavale sect is hopeful of securing millions of taxpayer dollars to set up a health food company, reports One News. They’ve applied for the money through the provincial growth fund, administered by MP Shane Jones. Gloriavale has around $35 million in assets. Massey religious studies professor Peter Lineham noted that Gloriavale “wants to have nothing to do with the world. Well, then what are they doing asking for the world’s money?”

Primary teachers have voted for a full day strike on August 15, rather than a half day, reports Radio NZ. The vote reportedly passed by a “clear majority” and the strike is being described as a message to government, that it needs to address the “crisis in education.”

Unite Union are alleging their boss Mike Treen has been “repeatedly tasered” in Israeli custody, reports Newshub. Mr Treen was part of an aid flotilla attempting to run the naval blockade around the Palestinian territory of Gaza, when the boat he was on was halted by Israeli forces. A full account of the allegations can be found on The Daily Blog.

There were two interesting political updates yesterday regarding the progression of cannabis law reform. National leader Simon Bridges said his party would back the outcome of any referendum on legalisation, reports Radio NZ, even if the referendum wasn’t binding. But health minister David Clark said while he was in favour of liberalising drug laws, he wouldn’t commit to abiding by the referendum result, reports the NZ Herald.

How important are LinkedIn endorsements anyway? That’s a question now being debated by politicians after the NZ Herald revealed that the head of the independent inquiry into Wally Haumaha’s appointment as deputy police commissioner – Dr Pauline Kingi – had endorsed all 23 of Mr Haumaha’s skills and areas of expertise on the social network. But Dr Kingi, a respected public servant, updated the NZ Herald later, to say that she couldn’t remember endorsing Mr Haumaha, but that it was common practice among Māori professionals to endorse each other.

NZ First MP Tracey Martin, who convened the inquiry, defended Dr Kingi, while National MP Chris Bishop called for a new chairperson to be appointed. Perhaps the real lesson in this is that every one of us should delete LinkedIn immediately, for fear that it might be used by anyone for any purpose whatsoever.

The Court of Appeal has struck a major blow in defence of responsible journalism against the threat of defamation, reports Māori TV. The ruling, which involved Māori TV, means that “a defence of responsible communication on matters of public interest can be applied in New Zealand Courts.” That’s a potential game-changer for news organisations, and the subsequent tests of it will be fascinating to watch. The full judgement can be read here, for those who really fiend for this sort of stuff.

Meanwhile 30 unionised workers at Māori TV are going on strike next week, reports Radio NZ, in protest of what they claim is discriminatory treatment. That includes a belief that a collective bargaining process was undermined by the TV station’s management.

Right now on The Spinoff: Don Rowe attacks the sloppy language being used and hysteria surrounding the synthetic cannabis panic. Guest writer Dan Heyworth writes that the prefab housing industry is “teetering on disaster.” And make sure you keep checking the Winstonmageddon countdown today, to see if the acting-PM has decided to go wild on his final day in the job.

So this is an utterly terrifying story from Gizmodo, about the various ways in which strangers can try and ruin your life online. It concerns a US woman – and I won’t tell you how it all started, because that’s one of the really interesting twists – but basically her realtor business was wrecked because of lies posted about her on the internet. Here’s an excerpt:

“She spent a few hours researching Glennon online and soon knew enough to fake having met her in real life. It was the online version of road rage; instead of pulling a gun on another driver, Rosenblum decided to drop a bomb on Glennon’s reputation. Rosenblum submitted her fabricated story to She’s A Homewrecker and then, according to an account she later gave to a local news outlet, forgot about it.

There is a constellation of sites on the internet that exist solely as places for people to exorcise their demons and, more importantly, their grudges; She’s A Homewrecker is one of them. It offers the opportunity to publicise a person’s misdeeds so that they are available not just to an inner circle with access to relevant gossip, but to anyone who Googles that person’s name. The terms of service specify that posts must be factually true, but if they aren’t, it isn’t a problem for the site.”

I thought about the Gizmodo story after seeing this internet scam being reported on by Newshub, in which threats are made that “an embarrassing video” will be released unless the victim pays up. It’s a good reminder that there isn’t really a separation between online life and so-called ‘real’ life any more.

The NZ Summer of Cricket schedule has been released, and there are some real winners and losers. Sportsfreak has a good analysis of them, including the justification given for match start times that will be pretty difficult for families to manage. I really like the idea of double headers with the White Ferns and Black Caps – but hopefully people will turn out and see both, rather than treating the Ferns as a curtain raiser.

And in football, NZF Technical Director and Football Ferns coach Andreas Heraf is officially out, reports the NZ Herald. His tenure was dreadful, took football in New Zealand backwards, and Herald writer Michael Burgess gives it a studs up slide tackle.

And this is a sports story right? Police have found themselves on the receiving end of a grilling from bowls club members, angry that the cops have opposed their liquor license renewals, reports Stuff. I for one know that when I go to a bowls club, it’s entirely, 100% for the love of sport, and not at all because some of them have $5 handles of beer. Honestly, that doesn’t factor into the decision in the slightest.