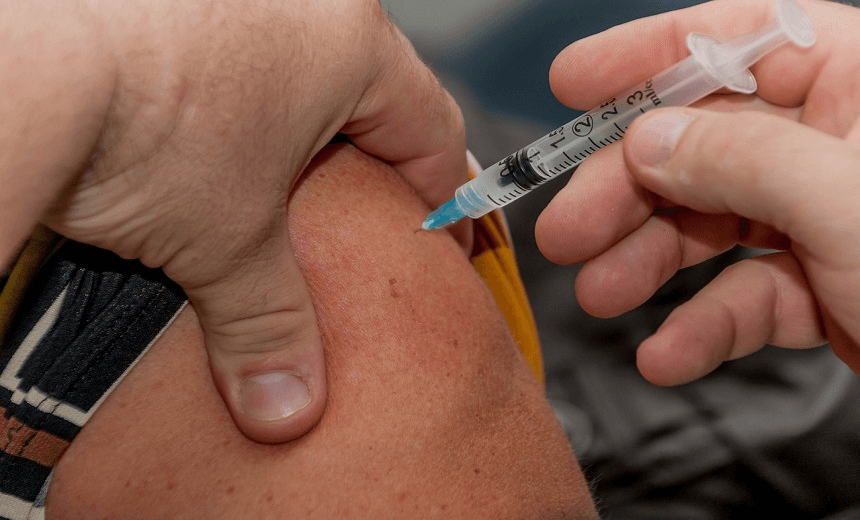 Good morning, and welcome to The Bulletin. In today’s edition: Measles cases grow as outbreak spreads, far fewer young people committing crimes compared to a decade ago, and DHB psychologist strike to deepen.

This is what an outbreak looks like. Measles cases and stories are starting to pop up all over Auckland, and worryingly, spreading further afield than that. Attendees at a school ball were exposed over the weekend, there are warnings to the unvaccinated to avoid travelling to Auckland, and some parents are staying housebound to avoid the spread. A rugby league tournament was cancelled and some schools are telling students without proof of vaccination to stay home. There are now more than 900 recorded cases of a potentially deadly disease, and the National Coordination Centre has been activated to respond.

There are also huge risks for Pacific nations where vaccination rates are much lower than in New Zealand. Strong warnings were given in the Cook Islands News, with Auckland based Cook Islanders becoming ill. A case of measles was discovered on a flight from Samoa to Auckland, and anyone who was on the same flight “should be vigilant for symptoms of the highly infectious disease.”

It’s easy to blame anti-vaxxers for this, and tempting too. But two strong and contrasting pieces of work show that it’s not necessarily the most important reason for why an outbreak is happening. Stuff’s interactive feature on the subject this morning plays up the role disinformation and doubt that causes parents to choose not to vaccinate their kids on time. The NZ Herald (paywalled) ran a similar piece in July, but focused in more on poverty as a leading cause of non-vaccination. Both pieces acknowledged the multi-faceted reasons for the decline in vaccination rates though, and the real issues many face with access to vaccines.

Regardless of the reasons why, it leaves society at large with a huge problem. As Don Rowe reports for The Spinoff, that is the likely loss of herd immunity – by which there is enough of a critical mass of vaccinated people, that those who aren’t vaccinated become protected. And there are some people for whom vaccinations are genuinely unsafe – not remotely for the reasons that anti-vaxxers claim, mind you.

The frustration many will feel about this is palpable, and comes through strongly in this morning’s Otago Daily Times editorial. It opens by talking about smallpox being eradicated from Somalia decades ago as a comparison, if that gives you an idea of how preventable this measles outbreak was.

Far fewer young people are committing crimes compared to the numbers a decade ago, reports Radio NZ. The findings come from a ministry of justice report into the flow of people through the youth justice system. The numbers themselves are quite remarkable – in some age cohorts, there are fewer than half the number of people that were previously going through the system. Having said that, there hasn’t been a correspondingly large drop in the number of serious crimes being committed by young people – as opposed to moderate or minor crimes.

DHB employed psychologists are striking, with alarming warnings coming out about the future of their profession, reports Josie Adams for The Spinoff. Burnout rates are high, and retention rates are low. And if it seems like an area of medicine that in non-essential, think again – the work they do is increasingly seen as vital in a number of areas, which in turn increases the demand on their services. While the strike won’t take the form of a mass walkout, it will see services increasingly restricted, with a further escalation coming tomorrow.

The question of political donations has continued to be aired over the weekend, in particularly on the show Newshub Nation. Journalist Nicky Hager has pushed the Overton window right open by suggesting donations should be capped at just $1000, which is way beyond what any party in parliament is suggesting. His reasoning is basically that it would be an anti-corruption measure, and would also probably result in a need for public funding of parties – which he likened to paying police officers so that they won’t take bribes.

Supermarkets are forging ahead with big plans to slash the amount of carbon emissions they’re creating, reports Stuff. Partly it’s going to come through finding efficiencies – particularly around energy use and logistics. But there are also plans coming out of Countdown to get to zero food waste – which is the sort of thing that if adopted across every supermarket in the country could have a hugely positive effect both for emissions (rotting food releases methane) and for rubbish systems.

It is fast becoming one of my favourite double-acts in political journalism – the NZ Herald’s (paywalled) Simon Wilson and Bernard Orsman. Their latest task has been to rate the performance of every sitting Auckland councillor, and outline what their strengths and weaknesses are. I think it’s pretty fair to say both have their own opposing political perspectives which comes through their writing – but they both also display rigorous journalistic honesty about councillors they may not agree with on much.

Congratulations Auckland, we’ve done it. Stuff reports the city set a new record this year, for the most rainy days in a calendar month, with 29 across August. It sure did feel like 29 days of rain in a row too, but don’t worry, we’ve now made it to Spring. As well as that, the reservoir levels will be looking a little bit more healthy now ahead of what is likely to be another hot summer.

Right now on The Spinoff: I don’t even know how to begin today, because we had such a weekend of publishing excellence, how to pick out just a few pieces? But rather than just sending you to the homepage to explore, I’ll bravely try and make a few selections here.

Hayden Donnell took on Whanganui mayor Hamish MacDouall, who has been elected unopposed and therefore needed to be held to account through the medium of debate. Duncan Greive reports on the cancellation of a MAFS storyline, on account of a groom’s disgusting alleged abuse towards a previous partner. Don Rowe reports on Hone Harawira’s rebel League competition, and what it means to the people of the far North. Paula Morris goes on a bus tour in search of the life and times of Colin McCahon. I report on the uncoordinated, patchwork efforts to get voter turnout up in local elections. And in a piece that may well have been written specifically for my mother, Alice Neville looks into Wellington’s cheese scone obsession.

And it was Father’s Day yesterday, so here’s three highly thought provoking pieces about fatherhood and masculinity. Broadcaster Nadine Higgins reckons with her complex relationship with her estranged Dad who passed away last year. Simon Day talks to Jay Reeve about raising twins, after Simon discovered that he and his wife were going to be having a pair of their own. And the latest edition of The Side Eye is out, with thoughtful bloke Toby Morris taking a look at what it means to be a man.

One of the members of the NRL could be sent packing, to make way for a new Brisbane team, reports Stuff. The competition is currently extremely Sydney-heavy, and of the three teams rumoured to be facing the chop, two are from New South Wales, in the Manly Sea Eagles and Cronulla Sharks. The other, the Gold Coast Titans, are basically just crap, and have been for most of their twelve years in the competition.

In World Cup watch, the Tall Blacks have faltered in their first game of a tough campaign. As Niall Anderson reports for the NZ Herald, five bad minutes against Brazil allowed them to pull away in an otherwise fairly even game. The Tall Blacks are unlikely to die wondering at this tournament though, playing a fast, competitive style of ball which will need to come off, if they are to beat the star-laden Greece to get out of their pool.

And finally, a big group of rowing crews have now qualified for the Tokyo Olympics, reports Stuff, including some serious medal prospects. Brooke Donoghue and Olivia Loe in the double sculls, and the Women’s Eight, were both among the winners at the World Championship over the last week, and seven other boats have secured qualification. The Men’s Eight, however, isn’t yet among them – that’s the supergroup including Mahe Drysdale and Hamish Bond – though they will have another chance to make it.