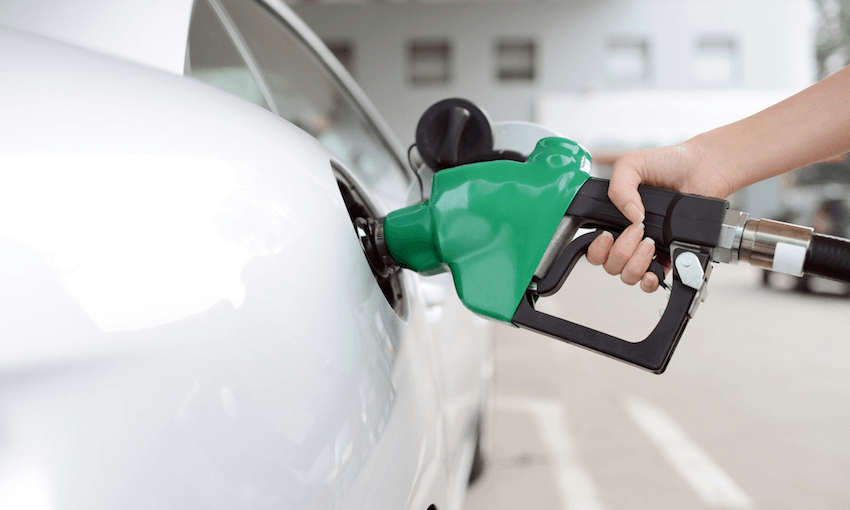 Good morning and welcome to The Bulletin. In today’s edition: Changes coming to fuel market, anti-vaxxer arrested in Samoa, and banks told to hold more capital.

New recommendations to increase competition in the fuel market have been made by the Commerce Commission, reports the NZ Herald. Their conclusion is that it isn’t competitive enough, and they say a ‘Terminal Gate Pricing’ regime should be put in place, like what exists in Australia. That would mean spot prices being offered by major companies for wholesale customers. The Commission says currently, an active wholesale market for petrol doesn’t really exist in New Zealand, and that the “combination of infrastructure sharing and restrictive supply relationships gives the major fuel companies an advantage.” The recommendations are aimed at giving smaller players, like Gull and Waitomo, an easier pathway to new markets.

It was a political decision for the government to direct the Commerce Commission to undertake a market study of the fuel sector. PM Jacinda Ardern famously said motorists were being “fleeced” by high prices. In the aftermath, consumer affairs minister Kris Faafoi told Newstalk ZB that petrol prices should now come down with more competition – the figure he gave was about 18c to 32c a litre less. He said the view of the Commission was that right now, profits are bigger than they should be in the sector. He confirmed that most of the recommendations would be implemented, with legislation to be introduced early next year, particularly around the wholesale market.

There has been pushback from Z Energy (disclosure – our partner for The Bulletin) on the underlying profit figures used by the Commission. Business Desk (paywalled) reports that Z CEO Mike Bennetts backed the move to TGP, but said earnings for the major companies are currently down from where they were previously. The NZ Herald (paywalled) reported his view that a price drop by the suggested figure would put petrol companies out of business if it was applied nationwide.

In a sign of the seriousness of Samoa’s measles outbreak, a prominent anti-vaxxer has been arrested, reports the Samoa Observer. It comes after a formal written warning to the man to stop his activities on the matter, which police say was breached. A mass vaccination programme scheduled for yesterday and today has incredibly high targets to reach, reports Checkpoint, and a state of emergency in force.

Banks will have to hold a lot more capital after changes were announced by the Reserve Bank. However as Interest’s Gareth Vaughan writes, the new requirements aren’t as severe as they could have been – banks will have a bit more flexibility in how they come up with the money, and a bit longer to do it. The changes are aimed at protecting the banking system from all but the most unusually severe financial crises. Costs are likely to rise on bank customers – among the most interesting angles here is the impact it could have on the already potentially over-exposed rural banking sector – for more on this read this Farmers Weekly piece from just before the announcement took place.

Minister Kris Faafoi is facing questions about whether he breached the cabinet manual, over an immigration case involving a friend. Newshub reports that friend was former Opshop musician Jason Kerrison, and the case related to Kerrison’s mother and her new husband from Kenya – Immigration NZ questioned the legitimacy of their relationship, and the partnership visa application was declined. There are messages that show the pair clearly discussed the case, and Faafoi asked for more details on it, but Faafoi denies offering to help with the case. What’s more, it appears that the PM or her office weren’t informed about it until Newshub contacted them.

Remember those former NZ First officeholders who wanted to speak at parliament about party finances? Stuff has reported on allegations made by National MP Nick Smith, who says Labour MPs on the select committee blocked their chances of appearing. There’s an obvious political message inherent in the allegation, and Labour MPs are reportedly furious that it has been made. They’ve refused to comment, and taken a privileges committee complaint against Smith, saying he in turn has breached parliamentary privilege by discussing it.

A somewhat obscure but important agreement in the fight against climate change has been joined by New Zealand. Stuff reports NZ has joined a treaty aimed at cutting pollution and emissions from shipping and ferries, and it will be in effect by 2022. One of the primary requirements of the agreement is for the sulphur content of shipping fuel to be reduced dramatically. Major ferry companies have welcomed the decision to sign up.

After yesterday’s Bulletin on the port move, here’s a piece which goes into an area that wasn’t really covered. Radio NZ’s Jane Patterson has looked at the politics of the port move, in particular around the cabinet table, with finance minister Grant Robertson continuing to insist that it isn’t a done deal. It’s widely known that NZ First strongly backs a move, but Labour have now fulfilled their commitment to having a feasibility study – they nor the Greens have to go all the way on actually moving it, though it could get politically messy if they don’t.

It’s official, Sustainable NZ and Vision NZ have both been registered with the Electoral Commission, and will be eligible to compete for the party vote. The formal announcement is here, with logos for each party. For the minor party field, it’s a big moment, and while most minor parties simply end up siphoning a few votes from others, the question of which others could end up mattering a lot in the final accounting.

If you’ll indulge me, I’ve got a suggestion for what you should get people for Christmas – a copy of The Spinoff’s book. It’s out now, it’s in all the shops, there’s heaps of good writing from all sorts of people who are funny and insightful. And a few pieces by me as well. Give your loved ones the gift of something to read at the beach.

Right now on The Spinoff: Karen Davis goes to Blackball and finds a former coal town turning towards a low carbon future. Joe Boden writes about the upcoming cannabis referendum, and how it is a chance to end the pernicious harms of prohibition. Alie Benge responds to a piece earlier in the week by Lloyd Jones, with a passionate defence of the modern NZ library. The On the Rag team have made an honest safety video for women. Leonie Hayden has a Christmas gift guide for those who want to support Māori and Pasifika businesses and creators. And I took some financial advice about young people today needing to prepare to live to 100, and followed it to a logical conclusions.

For a feature today, a piece about the crowds at the top of the world. GQ Magazine has looked deep into *that* photo of Mt Everest – the one with an absolute crush of climbers at the summit. To do that, they’ve spoken to a range of people on the mountain that day whose stories have never been told, and explore how deadly such crushes can be. Here’s an excerpt:

Later, Grubhofer learned that Landgraf had slipped while trying to plant his foot on a ladder. Grubhofer was told that because Landgraf had been clipped by his carabiner to the fixed line when he fell, he banged into the ladder and then dangled limply on the line. Guides quickly attempted to free him. The wind was blowing, the temperature was dropping, and the climbers behind Landgraf’s suspended body were desperate to get off the mountain.

Later, Kuntal Joisher heard that the waiting climbers were getting agitated. “Cut him off the rope!” some yelled. “We’re getting blocked—we’ll die.”

The rescuers struggled to get Landgraf off the line. After determining that he was dead, they pushed him aside and left his body hanging there. The exact cause of his death is unknown, but Kuntal Joisher says that at that altitude, with a weakened body under intense stress, the slightest stumble can be disastrous. “A small slip or fall can cause your heart rate to shoot up to such a level,” he says, “that you will have a massive heart attack.”

Peter Burling and Blair Tuke have been in smooth form at the 49er Sailing World Champs in Auckland, reports Stuff. They’ve come through the qualifying round at the top of their fleet, and will now go into a top-25 pool to find the eventual winner. It’s a welcome sight to see them doing so well back in these boats, after a stint out of this kind of sailing to focus on the America’s Cup.