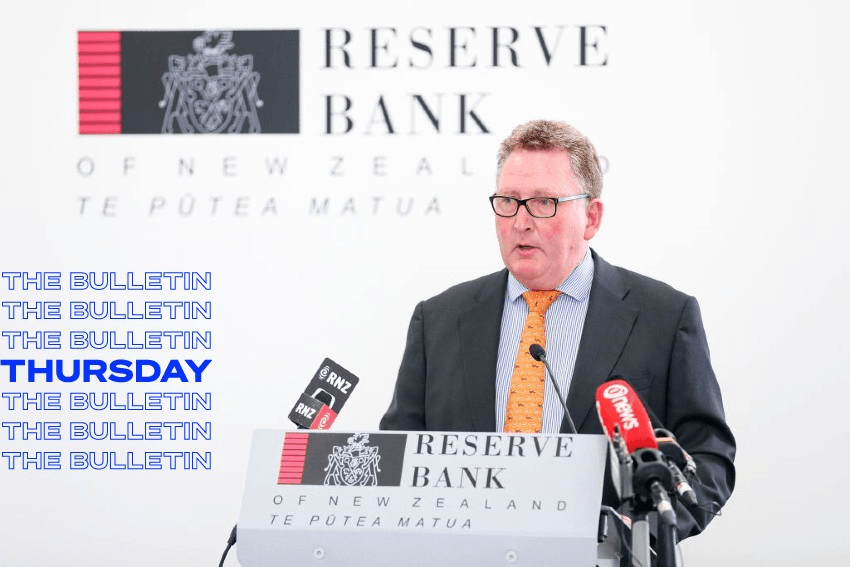 New Zealand’s central bank has moved ahead of nearly all developed economies by increasing rates despite delta hazards, Justin Giovannetti writes in The Bulletin.

The cost of borrowing is going up for the first time in seven years. The Reserve Bank increased the official cash rate yesterday from a record low 0.25% to 0.5%, a move that had been widely expected by economists and which will cool the economy in the coming months. Whether it impacts the housing market, as intended, remains to be seen. As Stuff reports, banks announced within minutes that they were increasing interest rates on home loans and savings accounts. More increases from the Reserve Bank are expected in the coming years that could push mortgage rates well above 5%.

What purpose does the official cash rate serve? It’s the main way the Reserve Bank controls the speed of the economy. Back in 2014, it was at 3.5% when the central bank wanted people to save more and spend less. It’s been going down since then. Practically, it’s the rate charged on overnight borrowing between banks — there’s a lot of cash moving around the financial system to make it work. Banks then pass the costs on to you, fellow consumer.

The hike comes at an awkward time. The Reserve Bank was planning to announce the increase in August, but that was delayed by the delta outbreak. Despite one-third of the country being in lockdown, Covid spreading and the elimination strategy being abandoned earlier this week, the central bank said nothing had really changed and it simply unpaused the August decision. Based on the government’s economic support last year, the central bank said it expected businesses to be cushioned from the impact of ongoing restrictions. “Near-term growth will remain volatile and will depend on the speed and extent to which public health restrictions are eased,” the central bank’s monetary policy committee noted. Based on the massive question mark that is Covid-19, Interest reports that the economic crystal ball is murky going forward.

There was no real case for delay. As the NZ Herald (paywalled) explains, the Reserve Bank pretty much had to do it because everyone expected it. The central bank also revealed that it’s concerned about inflation pushing 4% in the short-term, especially with a tight labour market and an unhealthy rise in house prices. While higher inflation is a global phenomenon, New Zealand is ahead of nearly all other developed economies with this move. Most have signalled they won’t move for some time. Australia’s central bank just held its rate at 0.1%. Economists told One News that they expect an increase next month as well in New Zealand, followed by another in early 2022. A fourth hike could be on the cards after that. According to RNZ, mortgage brokers had expected the rise and they think it’ll take a lot more to put off home buyers.