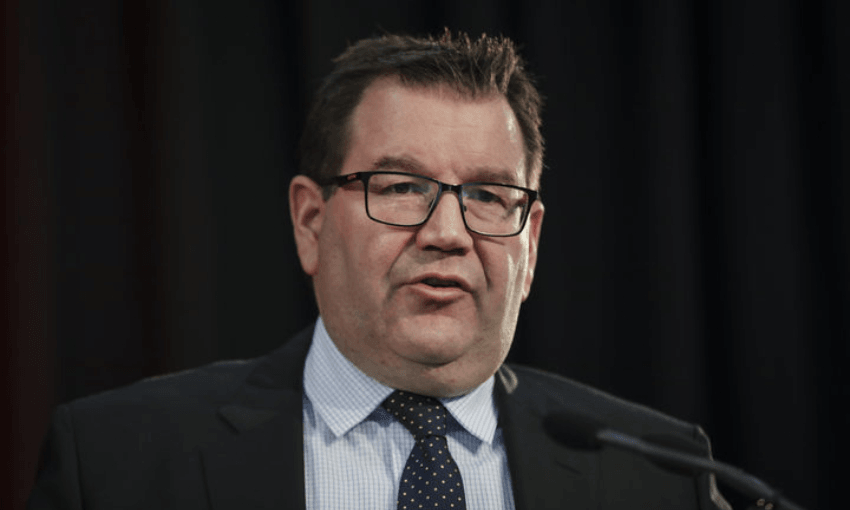 The Bulletin: Labour mired in cash for access claims

Good morning, and welcome to The Bulletin. In today’s edition: Labour accused of hypocrisy over fundraisers, voting about to close in by-election, and Speedway is leaving Western Springs in Auckland.

The Labour Party has been accused of hypocrisy after Grant Robertson spoke at an exclusive $600 a head fundraising event, reports Stuff. Robertson, the finance minister, was reportedly the “key attraction” at the dinner hosted by Labour President Nigel Haworth, who says Robertson was attending in his capacity as a local MP. That’s a crucial detail, because if Robertson was attending as a minister, it would have breached the cabinet manual. But as journalist Hamish Rutherford tweeted, the invite that was sent out referred to “Finance Minister, Hon Grant Robertson MP.”

National’s leader Simon Bridges says it looks very similar to the ‘Cabinet Club’ – the National Party’s fundraising scheme that Labour described as “cash for access” at the time. To refresh your memory, the Cabinet Club were fundraising events in which donors paid up to $10,000 to meet then–PM John Key. Former Green leader Russel Norman reckons National may have raised up to $1 million through such events. Bridges says National “changed their policies accordingly” after being hammered over the events.

It could be argued that this is the sort of thing talked about by Danyl McLaughlan in this column on The Spinoff, when he discussed an ‘opposition deficit’ in the current Parliament. Because of National’s history, they can’t go hard on the attack on this. The Greens and NZ First, who might have in the past, are now in government. But these sort of fundraisers at the very least look really grubby, and were rightly and harshly condemned last time they came to light. Will it be the same this time around?

Voting in the Northcote by-election closes tomorrow. It hasn’t been a particularly high profile contest, but there have been a few memorable moments. By far the best ongoing coverage of it has come from Simon Wilson in the NZ Herald, who has filed what I think will be his final report on the race. Wilson’s conclusion? It could be quite close, which in and of itself has been a surprise given National’s Jonathan Coleman had a 6000 vote majority at the 2017 electorate.

Speedway is going to depart from Western Springs in Auckland, clearing the way for the Council’s stadium strategy, reports the NZ Herald. That will mean Western Springs can be reshaped as an oval, and cricket can move in from Eden Park. It’ll also mean top level games of the greatest football code of all – AFL aka Aussie Rules – can be played in Auckland, which I for one am extremely excited about.

60% of Shane Jones’ regional development fund has so far gone to the Northland region, reports the NZ Herald. Shane Jones, and his party leader Winston Peters, both happen to be based in Northland. In answering questions on how he came to have a billion dollars at his disposal, Mr Jones offered this explanation: “To the winner goes the booty”.

Just over three percent of house sales or transfers went to people who aren’t citizens or residents over the last quarter, reports Stuff. That’s slightly up on the last quarter, in which it was just under three percent. But the NBR reports (paywalled) those figures were far higher in hotspots like Queenstown and Auckland – 19% of all sales in the Auckland inner city, for example. It’s being speculated that foreign buyers are rushing in ahead of a looming ban – a policy the real estate industry generally hates.

Newsroom has done a deep dive into claims of worker exploitation by Chorus subcontractor 3ML. The claims include non-payment of wages, safety concerns and generally questionable practices in multiple cases. Significantly, the treatment was of migrant workers who didn’t really know their rights, and the whistle was blown by a New Zealander who did.

The number of homes having their power disconnected has risen sharply in the last three years, reports Radio NZ. The data comes from a Consumer NZ survey, which also found that 18% of NZers had trouble paying for power last year.

There’s an interesting debate playing out on Queenstown regional website Crux, about a proposed housing development at Lake Hawea. A resident’s campaign has written an op-ed opposing the development, saying it will harm the character of the community, and that the developer is abusing the spirit of Special Housing Accord legislation.

But the developer has responded, saying he’s compromised by reducing the size of the development, and that he won’t be able to please hard-core opponents regardless. The developer also rejects the idea that the whole project is just a dormitory suburb for Wanaka. Regional Council feedback on the proposal will close on June 21.

Just for a bit of background on this – there is a severe shortage of affordable housing around the Wanaka–Queenstown area. Both require huge numbers of hospitality and tourism workers, but those jobs don’t pay particularly well, and housing and accomodation is geared towards wealthy tourists. Nearby towns like Alexandra and Cromwell are filling up with workers who need somewhere to live, but commute into Queenstown and Wanaka for work.

Mike Hesson has announced his resignation as coach of the Black Caps, effective at the end of July. There’s a good wrap of his tenure from the Sportsfreak blog, including the early lows and later highs. Mike Hesson was first and foremost a good coach, who only got a chance because other, high profile former cricketers had failed. But he got the most out of the relatively shallow pool of international quality cricketers available, and has been arguably the country’s greatest ever cricket coach. Mike Hesson will be very, very tough to replace.

Joseph Parker has his next fight lined up, against Britain’s Dillian Whyte. It will take place in London at the end of July, and is being described by Boxing News 24 as a “nightmarish” fight for Whyte. They say “Parker is younger, faster, stronger and more mobile. Overall, Parker is clearly the better fighter of the two.”

And get yourself along to the Football Ferns! They play Japan this Sunday in Wellington, 3pm at Westpac Stadium. Top level international football is very rare in New Zealand so make the most of the chance to see it.