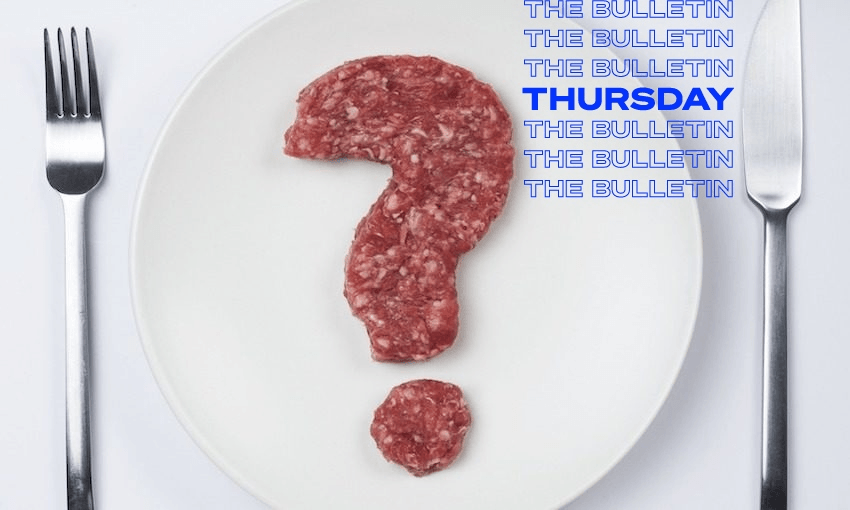 Is the future meat-free?

A headline ran yesterday that said “Global veganisation is now a survival imperative” but where did the call come from asks Anna Rawhiti-Connell in The Bulletin.

What a headline. It caught my eye in a story from RNZ yesterday and seemed like something we should be talking about. It wasn’t the milder “cut down on meat” or “eat more plant-based foods” but a more urgent message. The report says a group including “Nobel laureates, 14 cities and 40,000 individuals are urging countries to transition to plant-based food” and quotes Intergovernmental Panel on Climate Change (IPCC) expert reviewer Dr Peter Carter saying “the global climate catastrophe could not be averted without the elimination of meat and dairy from diets”.

Where was the call coming from?

I googled for more information. It was specifically topical yesterday as the He Waka Eke Noa group reported back on their plan to price agricultural emissions (more on that below). The ODT and TVNZ picked up the story from RNZ. I was just keen to know where the call was coming from, who the Nobel laureates were and whether I’d missed a new report summary on upping the stakes on plant-based diets and the climate crisis that New Zealand officials hadn’t watered down. This isn’t prompted by scepticism or denial of the scientific basis for this course of action but what I do each day when selecting stories for The Bulletin.

Grassroots initiative to present a position paper in Germany

As explained near the end of the RNZ story, it comes from a group called The Plant Based Treaty which is a grassroots initiative and campaign designed to put food systems at the forefront of combating the climate crisis. They are in Germany for the climate change conference, are presenting a position paper and embarking on a week of activism. It is endorsed by Nobel Laureates – five, to be exact – who are listed on their website. The group of 40,000 are those who’ve signed the treaty on their website and the cities include 13 in India, which has the world’s largest vegetarian population.

As I say, I am not attempting to question the validity of the call or debunk the science that supports it but this was an interesting provocation to look at the travel of news headlines on a big gnarly issue. Changing your diet isn’t simple, no matter the urgency of the call. Food is inherently political and what you eat is often culturally sensitive and constrained by your household budget. It’s really worth reading this summary from Stuff’s Eloise Gibson of the food-based recommendations from the last IPCC report which acknowledges a lot of this. The Guardian also ran a good piece the other day on how partial shifts from meat-based menus could still significantly decrease planet-heating emissions. This from Forbes is also a great conversation between scientists on why it’s hard to discuss the decarbonisation of food systems.