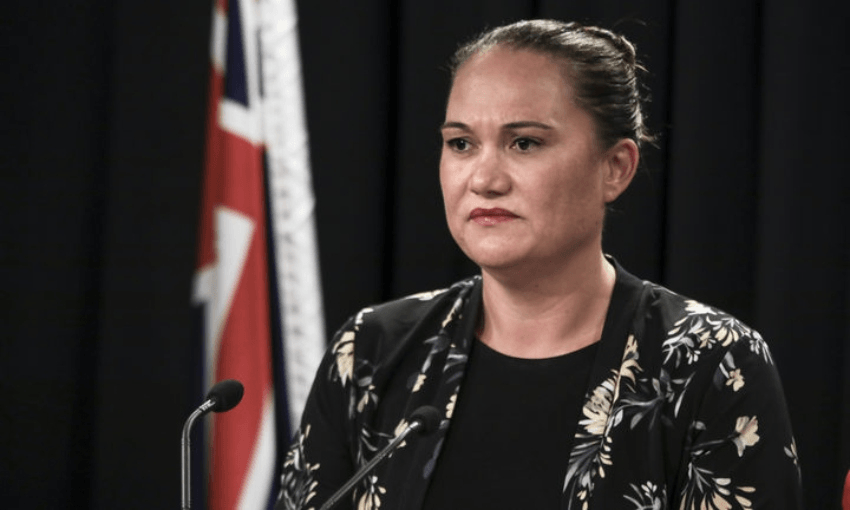 The Bulletin: Pressure on government over poverty

Good morning, and welcome to The Bulletin. In today’s edition: Pressure on government over poverty, major concerns for forestry at both ends of growing cycle, and feebate scheme for car emissions finally unveiled.

The government is under immense pressure over their efforts against entrenched poverty, and the system that manages it. It’s not just the services and resources being allocated to beneficiaries that are being questioned – it’s whether or not the culture of the welfare system has really changed since the last government.

The story that set off the latest concerns was the one that showed lines forming outside a Work and Income office at 2am. They were there for an action day run by anti-poverty group AAAP, who send advocates along to ensure beneficiaries get their full entitlement. But because the demand is so high, people in need arrive earlier and earlier. Social development minister Carmel Sepuloni last night told Checkpoint and says the advocates have arranged for that to happen, and that the appointments have been guaranteed by AAAP. Writing in response on The Spinoff, the group says the minister’s comments are an admission of failure in the system.

Because it’s not the only story going on at the moment. The Salvation Army is currently offering free GP clinic visits, reports Newshub, to break down barriers to basic healthcare. A new ministry of health report covered by Radio NZ suggests one in five kids are living in houses in which putting food on the table is a struggle. Concerns were raised last month on One News that beneficiaries in need of money were being referred by MSD to loan sharks, rather than Work and Income giving them a grant. And these are all just stories that have come out in the last few months.

It’s hard to see how the situation will change with any haste either. When the Welfare Expert Advisory Group report was released in May, the government implemented just three of the 42 recommendations. As Stuff’s Stacey Kirk writes, even though more hardship grants have been distributed, and more social houses built, the ambition of the government’s work to date is “debatable” at best. Costs of living are rising, times for many are getting tougher, and turning that around will require much bigger investments.

While the billion trees programme has put up big numbers in the year to date, native plantings are falling far behind schedule, reports Radio NZ. Only 12% have been natives, in fact, which is dramatically short of the two-thirds share that was meant to be reached. Minister Shane Jones says more than $400,000 will go into research to improve native seed production, and says over the ten year course of the programme the share of natives will rise. However, the current numbers will increase concerns from numerous different groups that pines are currently being over-planted.

Meanwhile, at the other end of the growing cycle, the NZ Herald reports the price for logs is plummeting, due to a collapse in demand from China. It’s partly a seasonal correction, and partly the tail-end of a strong five year run, but at the same time about five million tonnes are stacked up on Chinese wharves with nowhere to go. Competition from Europe is also affecting New Zealand growers.

At long last, the government has outlined how a feebate scheme on more emissions efficient cars might look, reports Stuff. It would apply only to first sales of vehicles, and would involve more heavy polluters subsidising lighter polluters, to the tune of up to $3000 more for the former, and up to $8000 off of the latter. It wouldn’t just be on electric vehicles either, but on more fuel efficient cars generally. Cars with poor efficiency will likely be hit by new costs through other new standards as well.

Legal action will be taken by the Commerce Commission against payday lender Moola, reports Interest. There’s a range of reasons why, but the main takeaway is that the Commission wants an injunction to prevent new lending taking place. You may remember Moola from this profile of its founder on The Spinoff – basically they are a short term lender who charge exorbitant interest fees.

Oamaru businesses have been discussing ways to turn around a retail slump, amid increasing numbers of shops closing down, reports the ODT. Much of the Council’s focus in recent years has been on revitalising the harbour area, and those in the CBD say more needs to be done there. Interestingly for the steampunk capital of the lower South Island, one idea was having standardised signage to enhance the architecture of the town.

A nice bit of local government accountability checking from the Marlborough Express here. They’ve crunched the numbers on which councillors have the best – and worst – rates of meeting attendance. It’s complicated somewhat by the fact that some councillors are on more committees than others, and that some might be making more meaningful contributions to meetings than others, but either way it’s one way for voters to measure performance.

Queer Aucklanders are speaking out about the changing culture at an iconic venue for the community, reports Metro. Family Bar has been by far the most popular and visible gay bar in the city for at least a decade, however some in the community say that popularity has increasingly brought with it people who make it an unsafe space. The proprietor of Family has defended his venue, saying they have security on hand, and can’t deny anyone entry on the basis of their heterosexuality.

Right now on The Spinoff: Josie Adams writes about comments made by Steve Hansen on domestic violence. Hayden Donnell considers the changing urban design of Auckland, and whether it’s possible to do without making everyone furious. Catherine Woulfe reviews the new book Three Women, which she says is one of the most outstanding pieces of long form journalism she’s ever come across. Tara Ward casts her eye over the rash of food related outrages that have hit the headlines.

And Duncan Greive has profiled a range of media startups across Asia, many of whom operate in profoundly difficult political conditions. It’s a great piece, and what really comes through is the bravery of their work. I remember him coming back from the trips and just being in awe of the people he met.

Today’s feature covers the field of extreme glaciology, which until reading it I was actually aware existed. Published on Gizmodo, it’s a rather depressing look into the loss of ice pack on some of the tallest and most remote glaciers on earth. But the data that is produced from the work could be vital for future projections regarding glacier retreat – particularly as to how much carbon particles will accelerate melting. Here’s an excerpt:

Still, the researchers managed to collect some damn high samples on both mountains, which are now being sent to various labs for analysis. In addition to shedding light on how air pollution can speed along the demise of glaciers by making their surfaces less reflective and more heat-absorptive, the samples could help scientists get a better handle on how air pollution gets fast-tracked around the world via currents high in the atmosphere. All explained that the height of the Himalayas, combined with their geographic setting between China and India, two major air polluters, makes mountains like Everest natural laboratories for addressing these types of questions.

“For long-range transport of contaminants, Everest is basically sticking up into the stratosphere and collecting that stuff for us,” All said.

By this time tomorrow morning, we’ll know if the Black Caps have made the World Cup final. Starting at 9.30 tonight, the semifinal against India will be the match the two teams never got to play in the round robin. Lockie Ferguson is expected to return in place of Tim Southee, but apart from that it’ll almost certainly be basically the same team that has taken New Zealand through much of the tournament. In the meantime, and because I believe in holding myself accountable, I made a series of predictions at the start of the tournament – here’s how they’ve turned out at the business end.