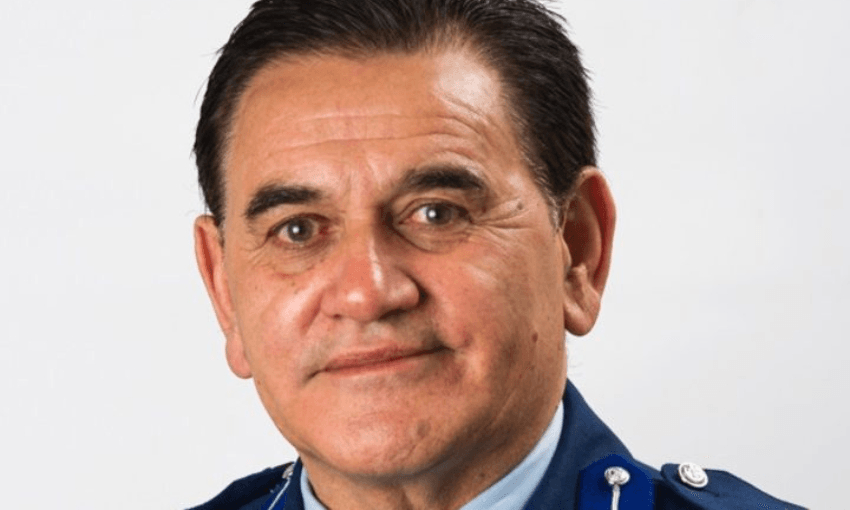 The Wally Haumaha appointment inquiry story isn’t going away any time soon, with a raft of new developments. First of all, let’s recap, because it has been a long and twisted chain of events. Skip a few paragraphs down for the updates.

Senior police officer Wally Haumaha was appointed to the job of deputy police commissioner, a decision signed off by Cabinet. That raised strong objections from Louise Nicholas, who now works with police on culture change and sexual violence prevention. Haumaha made statements defending officers accused of raping Nicholas – officers who were found not guilty in that case, but guilty of a seperate case of rape. Mr Haumaha subsequently “unreservedly apologised” for his comments.

Then an inquiry was announced into how Mr Haumaha was appointed. That was slow going, and fell into disarray when the chair – respected public servant Dr Pauline Kingi, resigned over conflict of interest concerns. Dr Kingi had been appointed by NZ First MP Tracey Martin.

Then Mr Haumaha’s political connections were revealed. He put himself forward and then withdrew from an NZ First candidacy, and NZ First leader Winston Peters spoke at an event in honour of one of Mr Haumaha’s earlier promotions. That brings us up to the present, and the new revelations, which both pick up earlier strands of concern.

So what are the new revelations: The first is very serious. Three women policy analysts left a joint project at police headquarters, over alleged bullying by Mr Haumaha in 2015 and 2016, reports the NZ Herald. They say he verbally bullied and publicly belittled them, and one alleges that he threatened her job during a heated exchange. A colleague allegedly had to step in and calm him down.

The other is trivial, but embarrassing. Police minister Stuart Nash tagged Mr Haumaha in a facebook video about lifting weights, reports Stuff. That was brought up in Parliament, forcing Mr Nash to then say that they “weren’t mates.” But it’s still another political connection. And this morning, Radio NZ reported that government ministers stopped short of saying they had confidence in him.

The episode rumbled away for pretty much the entire duration of PM Jacinda Ardern’s maternity leave. And now that she’s back, she says she’s “hugely frustrated at the situation we’ve found ourselves in,” reports Newstalk ZB. And that’s not surprising, because it has become messier the longer it has gone on. Moreover, it’s becoming less and less likely to simply blow over, and it’s not easy to see what the way out of it all is for the government.

It’s will also be concerning for the police as an organisation. As stated above, Louise Nicholas was brought in to help change the police culture, which had previously been considered deeply sexist. The allegations being levelled against such a senior officer suggest there could still be a long way to go.

People in Taranaki may have eaten eels contaminated by toxic fire-fighting foam, reports Radio NZ – the latest piece in a long series of investigations into the use of the foam. MPI has advised people to avoid gathering food from the Ōaonui and Ngapirau streams, after elevated levels of PFOS chemicals were found in them. And also in the region, oil company Shell admitted it had been using the foam – which was banned 12 years ago, up until March of this year.

Under pressure from members, the NZ Nurses Organisation have released the voting numbers on the accepted pay deal, reports Radio NZ. 64% said yes to the deal, described by the NZNO as a “significant majority.” But remember – this isn’t a normal election. This is for a collective contract, which means that 36% of nurses will now be working under a contract they didn’t vote for.

The Reserve Bank yesterday held interest rates at 1.75%, which isn’t wildly exciting in and of itself – but the comments around it certainly have been. Interest reports that governor Adrian Orr is now suggesting it could be kept steady until 2020, a year later than earlier forecast. A range of economists have been surprised by that, and it’s being linked to a slowing of economic growth.

It’s an incredibly thorny issue – in part because it’s not clear if it would work. Regulating a DVD store is relatively easy – regulating content on the internet is much more difficult. Ms Martin argues our censorship laws were written pre-internet, so need to be addressed in any case.

Fonterra shares are in a trading halt, and it’s still not entirely clear why. Stuff reports that farmers are a bit tense, after the co-op said there might be a “variation” from earlier forecasts. They expect to provide the market an update by the end of the day.

Two politically odd statements from the Greens this week: Conservation minister Eugenie Sage has called for Wellington to become cat-free so Kiwis can be moved back in, reports Newshub. Which from a conservation point of view is probably correct, but has she seen the internet? Voters quite like cats. And co-leader Marama Davidson’s suggestion that the ‘See you next Tuesday‘ word should be reclaimed made it all the way to Newsweek in the USA. For an insight into whether New Zealanders still find that word offensive, I wrote this piece earlier this year about the BSA’s latest survey.

In some ways, those two incidents have taken the spotlight off more substantive issues the Greens have right now. The first is around a controversial expansion approval from Minister Sage given to a Chinese water bottler. Newsroom reporting that it came despite concerns around the “good character” grounds, over a court case the company had been involved with in China. And then there’s the waka-jumping bill being debated in Parliament this week, a festering sore for the party that they are coalition-bound to vote for, despite not liking the legislation.

There was a debate at Auckland University last night about “free speech and PC culture.” You can watch it here – I didn’t watch it, but I understand we’ve got a review going up on The Spinoff later today so keep checking in.

Right now on The Spinoff: Are you addicted to the internet? I know I am! Alex Beattie has 9 suggestions to help you break it. Helen Brown writes about Ngāi Tahu midwife Mere Harper, who helped found Plunket. And we made a silly video earlier this week about why you should sign up for the Bulletin – obviously all of you know about it already, but if you wouldn’t mind sharing it around on facebook that’d be awesome.

I think I might have written in these pages previously about my adoration of wikipedia, but in any case, here’s a piece which leads me to declare it again. It’s from The Atlantic, and it’s about how conscientiousness and attention to duty has led wikipedia to – bizarrely – being one of the last bastions of widely accepted facts on an increasingly polarised internet. This is the same wikipedia which still isn’t accepted as an academic source, because of the ability of anyone to edit it, and rightly so. Here’s an excerpt:

“Edit wars—about everything from Roseanne Barr to the Minneapolis suburb of Edina to the Death Star’s size to whether tigers are in fact “the most powerful living cat”—have been part of Wikipedia since its beginning. But they were less consequential in the past. As the rest of the media has lost its power as something like a neutral arbiter of reality, Wikipedia’s grip on that center has tightened. In the current conspiracy-obsessed world, where real structural divisions, technological change, and racial, ethnic, and religious conflicts have created deep polarization, Wikipedia’s importance is recognized by (basically) all.

And right as Wikipedia’s position as arbiter of truth has become most important, the dystopian forces that have laid waste to the rest of the informational landscape threaten the last, best utopian project of the first internet boom.”

We talked about the Warriors’ roster yesterday, and they’ve just made a significant signing. David Fusitu’a has inked a new five year deal, which will set him up to become a 10-season Warrior, reports the NZ Herald. It’s a massive signing both on and off the field – he’s scored tries by the bucketload this year, but is also a fan favourite who came through local development structures. There will be a lot of kids running around Auckland who want to be him when they grow up.

I was absolutely gutted to wake up this morning to see Day 1 of the 2nd England India test had been rained out. I’m obsessed with this series and have a strong feeling it’s going to go down as one of the greats – like the 2005 Ashes, for example. In any case, it’ll be on all weekend, and if you love test cricket, it’ll probably be among the highest quality you’ll ever see.