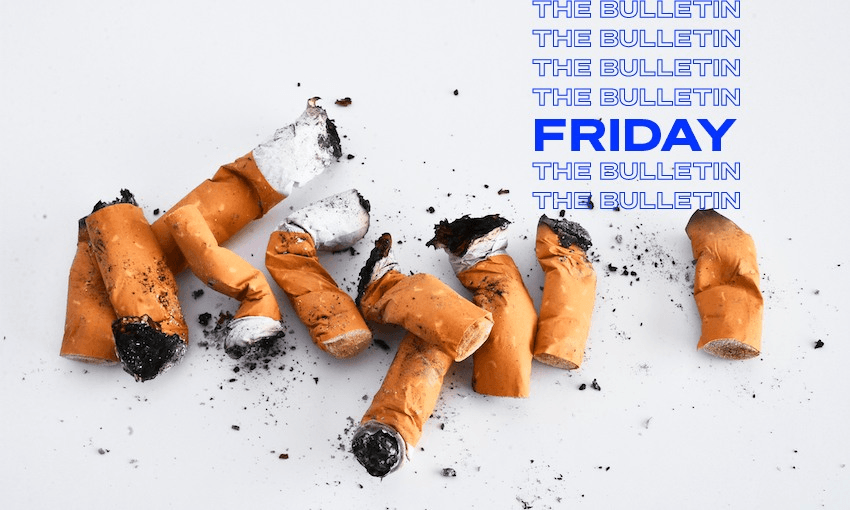 Increasing taxes alone will not be enough to end smoking. (Getty Images)

NZ’s next generation to be smoke-free

Increasing taxes alone will not be enough to end smoking. (Getty Images)

Children alive today will be legally banned from ever buying cigarettes as the government unveils tough new rules to eventually eliminate tobacco completely, Justin Giovannetti writes in The Bulletin.

There will be no future for tobacco. New Zealand will be the first country in the world to ban the legal purchase of cigarettes by younger generations, with the government preparing a bill that will likely impact every child alive today. As RNZ reports, it’s an admission from the Beehive that hiking taxes on tobacco can only go so far in the pursuit of the country’s Smokefree 2025 goal. Associate health minister Ayesha Verrall said that people aged 14 when the law comes into effect, likely in 2023, will never be able to buy cigarettes, with the age of those covered by the ban rising annually after that.

Along with the ban, there are tough new restrictions. For older consumers still allowed to purchase cigarettes, the situation will also be changing—although it probably won’t happen for several more years. Only tobacco products containing very low levels of nicotine will be allowed on the shelves at dairies. While the number of retailers carrying tobacco, now over 8,000, will be cut to about 500. Smoking is this country’s leading cause of preventable death and accounts for a quarter of all cancers. According to The Guardian, the goal of the legislation is to get smoking rates below 5% by the midpoint of this decade. Pākehā are on track for that target, according to Verrall, as smoking rates have plummeted over the past decade overall. However, for Māori and Pacific peoples, those rates are still far higher, at 29% and 18% respectively.

Expect fierce pushback from tobacco and business owners. Dairy owners, as can be expected, are not happy with the proposed bill. They told Stuff that it will destroy their businesses and livelihoods, because many of them still depend on cigarette sales. Getting rid of smoking through the plan is “100% theory and zero substance,” one said. There will be a new offence created for supplying tobacco to someone covered by the ban. Dairy owners have instead called on the government to set 2025 as a check-in point to review how smoking rates are going, instead of that year being the end goal of the plan.

The political reaction at parliament has been divided. According to One News, Act has warned that the government’s proposal is a new form of prohibition that will create a black market. Instead, it wants more innovation and vaping. The Greens have warned about criminalising another substance. National leader Christopher Luxon said the official opposition is in favour of any programme that stops New Zealanders from smoking, but wants more details on how the government intends to tackle the black market. A number of health experts told the Science Media Centre that they are quite happy with the plan:

“All I wanted for Christmas this year was evidence of a serious commitment from government to tackle our tobacco smoking problem,” said Chris Bullen, a professor of public health at the University of Auckland. “All my wishes have come true.”