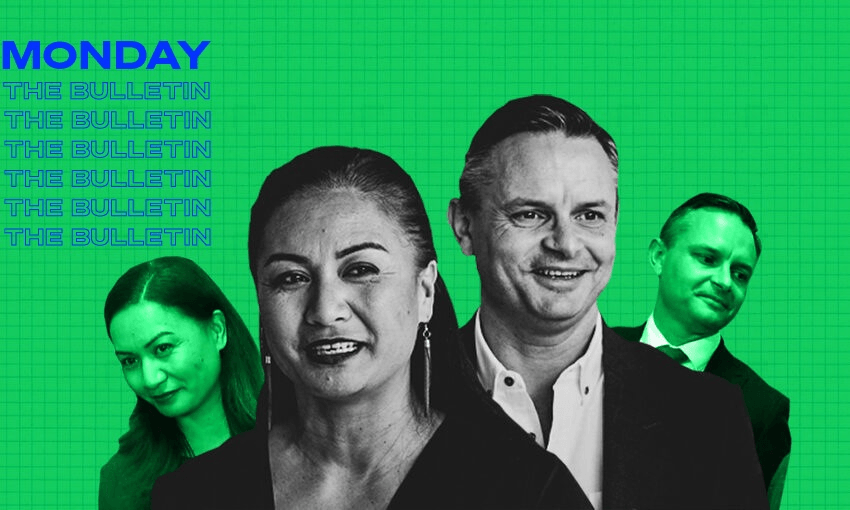 Interview: The Green leaders on 2022

The Greens are keeping a focus on the long-term. Green co-leader Marama Davidson is nursing a gumboot tea at her party’s offices in parliament. It’s been a good year, she starts, only days earlier she launched Te Aorerekura, the country’s strategy to eliminate family and sexual violence. The strategy is the kind of thing the Greens have focused on in their partnership with Labour: big, meaty, long-term policy programmes that speak to their party’s concerns around inequality and the environment. The other big focus is climate change, a long-term problem that is increasingly becoming shorter-term.

“We’ve had a good year, a hard year, a challenging year. But we’ve been getting stuff done. I’m not going to stop talking about Te Aorerekura, it just took every bit of grit and energy from a lot of people and I was proud to get that to a point where we could launch it,” says Davidson, who is the minister for the prevention of family and sexual violence.

Taking a moment to celebrate before getting back to the grind. Her co-leader, climate change minister James Shaw jumps in: “Nothing comes easy. When the wins come, you tend to celebrate and move right back into the grind. It has been nice this week to take a moment and reflect on the year. Marama’s strategy was a great cap for the year. On climate change, the work that we did last term is coming through to fruition now,” he says.

He lists his achievements over the past year: A new clean car subsidy; $1.3 billion in climate aid for the Pacific; a better functioning emissions trading scheme, as well as more programmes to rip the coal-fired boilers out of schools, hospitals, universities and businesses. “Those are tangible actions that have happened as a result of the work we’ve done. It’s been satisfying seeing our green progress on the work of government,” he adds.

What’s the plan for 2022? Davidson’s focus will now be making the violence strategy a reality, which will require getting 10 government departments and agencies working together. For Shaw, this coming year is the one where the climate agenda needs to pivot towards a higher level of urgency. He’s got the prime minister’s back on that. That means finishing an emissions reductions plan in the first half of the year—that’s a fairly innocuous name for something meant to completely remake nearly every sector of the economy and life in New Zealand. Then there will be what he calls “the big crunch” on agricultural emissions, where the government will set the pricing, measures and strategy to start reducing emissions from the country’s farms. With many in rural New Zealand bristling at a tax on utes and current measures, you can expect that this will be a difficult and divisive debate.

An area of deep disagreement with Labour: housing. As the country’s housing crisis has worsened, the prime minister has stood repeatedly in parliament and said that her government is using all the levers at its disposal to deal with the situation. “Clearly we disagree,” says Davidson, launching into the party’s housing programme. It’s worth noting that she’s also the government’s associate housing minister devoted to homelessness. She says there needs to be a wealth tax, now more than ever, to redistribute the gains of homeowners who have seen their property values surge. “The urgency in rent unaffordability at the moment needs a rent freeze alongside the other parts of the work that need to happen, including a massively upscaled housing build,” Davidson adds.

“There are other things the Green Party believes we should be doing. I acknowledge that this government is building and replacing more public housing than any since the 1970s. We’ve made some changes in tenancy legislation to limit increases to once a year, etc, I absolutely agree that a lot is happening. But we’re clear that a lot of levers haven’t been pulled and they have yet to make a difference in getting the waiting list for public housing down. They aren’t pulling them, yet,” she lingers on the last word, optimistic that changes are coming.

Favourite ice blocks? Only a few days ago Madeleine Chapman ranked the country’s 87 ice blocks for The Spinoff, so I asked the Green leaders which is their favourite. Davidson: “The lemonade popsicle”. Shaw: “Lime.” Lime? “Yeah, lime. The funny thing is I don’t eat a lot of ice blocks, but when I do, I err towards citrus.” I asked Chapman for her thoughts on their choices:

“Lemonade popsicle is an extremely safe choice, like saying your favourite drink is water. But at least a lemonade posicle exists. Lime? What is lime? I assume he meant either the raspberry and lime FruJu or the passionfruit and lemon FruJu. Citrus is a good quality in an ice block but I very much believe Shaw when he says he doesn’t eat many because any fan of FruJus would remember the name of their preferred flavour.”

This is the third in a series of end-of-year interviews.