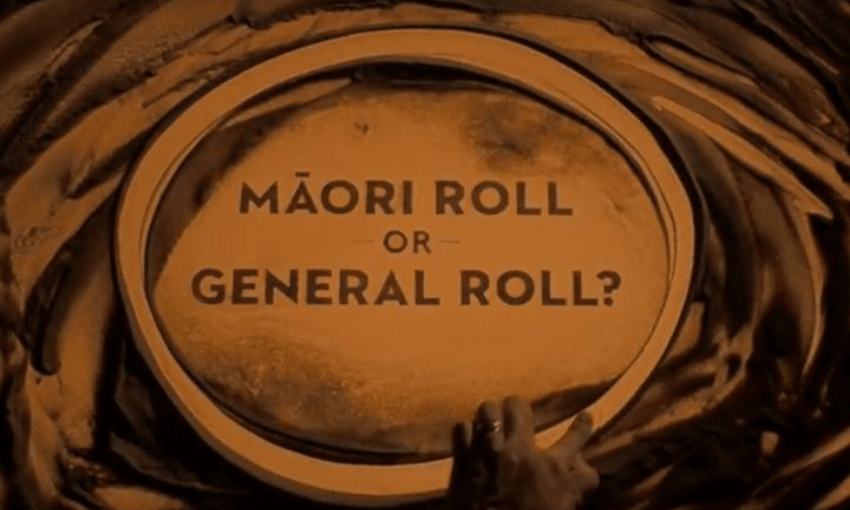 The Bulletin: Low growth in the Māori roll

Good morning, and welcome the The Bulletin. In today’s edition: Low growth in the Māori roll, property managers slammed for their memes, and a big cash injection for the billion trees programme.

The Māori electoral roll has grown, but not by all that many voters. The option to change between the Māori and the general roll opens up once every five years, and Stuff reports that this year the net growth in the Māori vote was just 1200 – the lowest growth in two decades. That was partly because more people on the Māori roll switched to the general roll than vice versa, with the difference being made up by new voters.

What will that mean for the Māori seats? That won’t be clear until census results come back next year, because that will determine the overall voting population. At present there are seven, and that won’t increase – with the most likely outcome being that it will stay the same, and a small possibility of dropping down to six.

The timing of this is (presumably) coincidental, but it makes for an interesting angle on ACT’s new members bill, which would result in the abolition of the Māori seats. National’s Simon Bridges was extremely lukewarm on the prospect of getting rid of the Māori seats on Radio NZ yesterday, and PM Jacinda Ardern said ultimately the decision should be up to Māori. And Green co-leader Marama Davidson was particularly harsh, telling Waatea News “if this is where he [Mr Seymour] needs to go to get attention, that’s a bit sad.” Either way, it seems likely that if the Māori seats are to go, it won’t be through this bill.

Property management company Quinovic have pulled a series of ads that suggested landlords should squeeze tenants for money, reports the NZ Herald. One of the ads promised that tenants would “hate us” if Quinovic’s services were used, and another suggested that if tenants could afford a night out, the landlord was subsidising their social life. Meme Queen Madeleine Chapman took a deep dive into the vast array of content posted on various Quinovic facebook pages.

A big injection of cash has been made into the billion trees programme, with $240 million from the provincial growth fund being provided, reports Stuff. Regional development minister Shane Jones has responsibility for both, and the planting is expected to both create a relatively modest number of jobs, but go a long way towards helping New Zealand meet climate change targets. In particular, a lot of unproductive land will be replanted with natives.

If you’re a parent, now’s a good time to make some plans for tomorrow. Why? Primary teachers will be on strike. Stuff has collected some stories about what parents say they’ll be doing.

Why strike? This is a good analysis that answers that question from Stuff, in which teachers argue that not only is their pay low, the workload of being a teacher has blown out, and they don’t have the resources to do their job properly.

Kiwibank is making a play for Kiwibuild customers, by offering 90% pre-approved mortgages and some money towards moving costs. Interest reports the bank made the announcement the same day pre-qualifying for Kiwibuild homes went live. The first ballot for Kiwibuild houses is expected to open in September, on a bunch of properties in Papakura.

Another day, another deputy commissioner Wally Haumaha story. Today’s NZ Herald front page carries a splash about Mr Haumaha phoning a key witness in last week’s story about his alleged bullying, before the story was published. The witness was a lower ranking officer who had previously worked for Mr Haumaha.

National leader Simon Bridges has been spending a lot more on travel and accomodation than normal over the past three months, reports Newshub. They’ve been leaked MP expense details, which is interesting in and of itself, and it shows Mr Bridges has spent about $113k, during a period in which he has been doing a huge number of public meetings around the country. For comparison, over the same period last year, then-opposition leader Andrew Little spent $35k less. This morning, Mr Bridges was quoted in Radio NZ’s bulletins saying he has his suspicions about who leaked, and doesn’t think it was one of his own MPs.

If I may editorialise a bit here, while this is definitely a story, I don’t think the spending is a scandal in any sense. If you want to have your say on it, email me at thebulletin@thespinoff.co.nz. But it’s Simon Bridges’ job to find out what people think about things, so surely it’s better to leave Wellington to do that?

And finally, do you know a young person who might want to be a journalist? Get them to apply to be one of the youth Press Gallery, so they can subject members of the Youth Parliament to terrifying barrages of tricky questions. It could help set them up for a career that definitely won’t end up ruining their health and social life.

Right now on The Spinoff: We’ve published a major series from Catherine Woulfe about how C-sections can cause infertility – the linked piece is one of three. From the design world, Catherine Griffiths questions why the Best Awards are so overwhelmingly dominated by men, both in judging and winning. And I made my opinions known in this Groupthink about which version of The Office is better.

Here’s an interesting story out of the USA about just how easy it is for hackers to get amongst and fiddle around with voting machines used in their elections. CNET reports that a challenge was set for hackers at DEFCON (basically a hacker conference) to not only get into the hardware and software of the machines, but the “disrupt the entire voting process.” And they didn’t have all that much trouble. Here’s an excerpt:

“One machine, a Diebold TSX model that had been brought in from Stark County, Ohio — a battleground state — was compromised to show viral reaction GIFs instead of the original voting screen. A hacker who went by “echo2” and declined to give his real name said he put up the GIFs because he was bored.

He had opened up and closed the machine without showing any signs on the outside.

“You can mess with the hardware and no one would even notice,” the hacker said. “Should you be trusting your vote with these? I don’t think so.”

Honestly, reading that it sure does make you glad that in New Zealand, we have the almost unhackable system of using a pen and paper. Long may it continue.

An advocacy organisation is looking to reverse the drift of young women away from playing sport as they reach their teens, reports Radio NZ. That’s the priority of new Women In Sport Aotearoa CEO Rachel Froggatt, who says the current system has grown organically off the back of men’s sport. She says there are still “societal, cultural and systemic” issues to be addressed, to help women participate in sport.

That’s it for The Bulletin. If you liked what you read, and know other people who would find it useful, please forward it on and encourage them to sign up here.