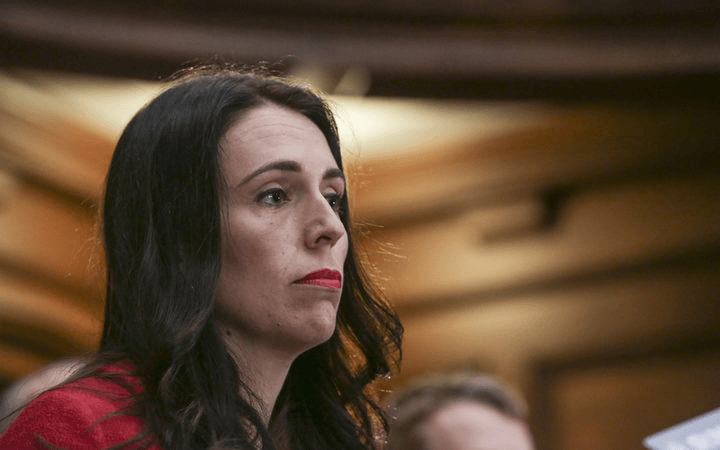 Good morning, and welcome to the Bulletin. In today’s edition:Labour announces a full review into sexual harassment and assault in the party, nobody is that keen on America’s Cup plans, and the tax working group is getting down to business.

The Labour leader has ordered a comprehensive review of the entire party in the wake of two reported incidents of sexual assault at party-run events. Stuff reports Jacinda Ardern’s admission that is has been handled “very, very badly,” One of the victims has now laid a complaint with Police.

The NZ Herald‘s front page this morning is leading with the angle that the review will look into drinking, and possible drug use, at Young Labour events. ACT leader David Seymour has also accused the party of hypocrisy, for having alcohol at events attended by minors, reports Newshub. And Newsroom have released video footage from the party in question, showing teenagers singing Toto’s Africa badly. Such a focus on alcohol shows how the story has developed over the week, but perhaps obscures what it was originally about – sexual harassment and assault.

Nobody seems particularly thrilled by the details of plans for Auckland’s hosting of the America’s Cup. The NZ Herald reports on the details, which include a 45 metre extension of Halsey Wharf. Team New Zealand boss Grant Dalton is disappointed minister David Parker appears to have backed out of a commitment for a permanent team base on Hobson Wharf. Stop Stealing our Harbour spokesman Michael Goldwater is furious that a “concrete rugby field” will be put into the Harbour. Ngāti Whātua Ōrākei are also against extensions to the wharf, reports Newstalk ZB.

The Tax Working Group has got to work, and put out a call for submissions on areas of interest. Newsroom reports a capital gains tax will be on the agenda, though the TWG is banned from considering a capital gains tax on the family home.The parameters put on the TWG leave open the possibility of other taxes being raised, such as a financial transaction tax, a wealth tax, or a land tax.

GST exemptions may also be considered, reports Interest. David Hargreaves writes that while the policy didn’t make the cut for Labour’s 2017 manifesto, it had been on the table in 2014, and New Zealand First have campaigned on it too. GST is generally regarded as a regressive tax, as it is paid equally on all spending, and therefore hits those on the lowest income hardest. Removing GST on things like fresh fruit and vegetables could make implementing other taxes more politically palatable.

Over this week there have been a number of stories (in The Bulletin, so keep reading every day) about industries and regions struggling to find workers.  Now dairy farmers are finding it difficult to get workers for lower skilled jobs, reports Radio NZ. Stuff has a rundown of which industries most need immigrants to fill positions.

Greenpeace is calling on New Zealanders to boycott the krill fishing industry, reports Stuff. It’s because of concerns that industrial scale krill trawling threatens entire marine ecosystems. Krill is used in health supplements, like Omega 3 capsules, and demand for krill based products has been growing steadily over the last 10 years.

Right now on The Spinoff: David Farrier continues his remarkable run of recent yarns with a eulogy for Bashford Antiques, who were notorious for clamping cars. Toby Manhireexplains why this week’s NZ Defence Force admissions matter, and why the case for an inquiry into the allegations in the book Hit and Run is now overwhelming. And Jihee Junnhas spoken to a car sharing service, putting electric vehicles on Wellington roads.

Acclaimed physicist Stephen Hawking has died at the age of 76. His contributions are remembered by local scientists as brilliant and influential, reports the NZ Herald. Both The Press and the Dominion Post are carrying obituaries on their front pages today. World renowned for A Brief History of Time and dozens of other books and papers, Hawking was considered to be one of the great scientists of his age. He was also, in the words of the Independent, “probably the galaxy’s most unlikely superstar celebrity,” because of his long battle against the debilitating amyotrophic lateral sclerosis, or ALS.

Already by 1978, he had become on of the world’s leading physicists, for his work on black holes. This New Scientist interview from 1978 captures the magnitude of his discoveries, and sheds light on how he simply thought differently to his scientific peers:

“Unable to scribble down thoughts as they occur, he has to train himself to remember ideas and express them in the most concise and elegant way. Werner Israeli, a black hole theorist from the University of Alberta, says that Hawking’s achievement is as if Mozart had composed and carried an entire symphony in his head.”

Hawking was politically outspoken, consistently anti-war throughout his lifetime, and made many warnings about humanity’s ability to destroy itself, through artificial intelligence, irreversible climate change or war. He was considered an inspiration to a generation of scientists, as well as to a generation of quote meme creators on the internet. The moment that perhaps best sums up his philosophy came when he played himself on The Simpsons, and reminded the town of Springfield that pure intelligence was nothing without humanity and wisdom.

And in sport, the yachtsman New Zealanders are apparently supposed to hate will be returning to the America’s Cup. Jimmy Spithill will sail for challenger of record Luna Rossa, which casts doubt on whether his former syndicate Oracle will compete in the event. Radio Sport interviewed Team New Zealand’s Grant Dalton, who suggested everything would be fine so long as Mr Spithall “keeps his gob shut.” Keep it on the water, fellas.