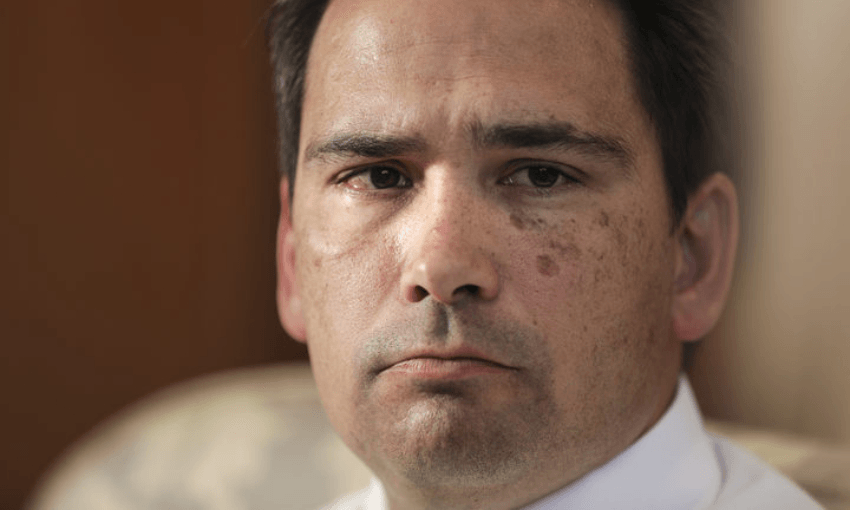 The Bulletin: So who did leak Bridges’ travel expenses?

The leak of National leader Simon Bridges’ travel expenses has turned into a massive Parliamentary story in its own right. Nobody seems all that concerned about the expenses themselves anymore (which were all perfectly legal, and due to be released later today anyway) but Parliament has become embroiled in just how they came to be in Newshub’s possession.

Speaker Trevor Mallard also had access, but his version was in a different format to the version received by Newshub. He’s currently determining whether a forensic investigation is needed to get to the bottom of it all, reports Newstalk ZB. And Newshub reported last night that Simon Bridges is calling for an “independent, comprehensive review,” to be led by someone like a High Court judge.

Or, it could all have just been a mistake. That’s a question being floated by National-aligned blogger David Farrar, who cautioned against assuming the leak was deliberate. And as Stuff journalist Tony Wall noted on twitter, he’s “had my questions to govt accidentally sent out to all media twice in two days.” So these sorts of accidents do happen.

I’ve seen a few people ask on social media why Newshub’s political editor Tova O’Brien can’t just tell people who leaked. The reason is this: protection of sources is incredibly important in journalism – you just absolutely do no under any circumstances reveal them if they don’t want to be outed. Journalists have even gone to jail for the principle of source protection.

And finally, I asked for your reaction to this yesterday, and very little came back. One pithy comment though came from Kris, who noted that if the point of the travel was to get out of Wellington and meet people, “you meet more people on an Intercity bus than in a Crown limo.” Touche.

Teachers are on strike for the full day today, over pay and working conditions that they say are untenable. Here’s a breakdown of how the day will go, from Radio NZ. A pertinent detail about teacher pay I’ve seen popping up a few times amid this strike action – in the 70s, teachers earned about the same as a backbench MP. Now it’s less than half.

There’s been a remarkable intervention into the long bubbling tensions around the Māori King, Kingi Tuheitia, reported on by Radio NZ. Former advisor Tukuroirangi Morgan has accused the King of being a puppet of chief advisor Rangi Whakaruru, who Mr Morgan also accuses of wasteful and lavish spending. There is currently a Serious Fraud Office investigation into a Trust connected to the Māori King’s office.

Multiple sclerosis sufferers are being denied funding for drugs that have been shown to help fight the disease, reports One News. An advocacy group says Pharmac is following “unfair and outdated” access rules, which include having to walk 500m unassisted, to prove that the person fits within the right bandwidth of suffering.

A new report is warning that if Auckland keeps sprawling out over valuable productive soil to the south, the price of food will spike. Radio NZ reports that further expansion of housing (generally low density at that) over Pukekohe will also destroy both jobs, and a distinctive multi-cultural community in the area. If that doesn’t terrify you, consider this: the report warns if that happens, you might have to pay $5.50 for a head of lettuce.

I love this story from the Waikato Times: From odd jobs to rural GP: how Martin Mikaere became a doctor. It’s excellently written, and sheds light on how there’s not just one pathway into careers like medicine. Plus, with a predicted shortage of rural GPs looming, it’s very welcome to see people heading into the profession.

This feels kind of like when you write last year’s date until March, but I’ve always had New Zealand’s population at 4 million as a mental note. But it turns out, we’re very close to cracking 5 million, reports Interest. The growth is largely driven by high net migration, and there’s an interesting quirk in it – from age 30 up, there are more women than men in every bracket, but below that, there’s more men and boys than women and girls.

The mayor of Queenstown has been caught up in legal action over the collapse of Stonewood homes, reports Crux. Mayor Jim Boult was a non shareholding director in the company until 2016, and said he’ll vigorously defend any action taken against him.

And finally, the NBR’s annual Rich List comes out today. You’re probably not on it. More on that below.

Right now on The Spinoff: Unionist Sam Huggard writes about the irony of the rich list coming out on the same day as stats about gender pay imbalance and a teachers strike. Jihee Junn gets amongst the weirdest complaints made this year to the advertising standards authority. And I’m not entirely sure what this is from Toby Morris, but he’s determined once and for all who is the King of Kings.

This is a fascinating profile of Pakistans newly elected leader – former cricket captain Imran Khan – by ESPN Cricinfo’s Osman Samiuddin. In some ways it seems to capture some of the history of Pakistan itself – a country that was formed after a bitter partition with India in 1947. Khan was born after that, and for Samiuddin, he represents an entire generation that grew up after that fateful event. Here’s an excerpt:

“Had Sufi Imran been a mere gateway for this more reconstructed, pious Imran? His mother’s death in the mid-’80s and his retirement had left him reassessing – and rediscovering – his life, and sure, major life events often draw these responses. Plus, this kind of reawakening felt like an inevitable response to the path Zia-ul-Haq had set the country on. Born-again Muslims were everywhere; shopkeepers and cricketers, policemen and pop stars, politicians and tycoons. Imran was missing only a beard.

Still, momentarily putting aside the content, it was possible to step back and admire the fact he was still talking about exactly the same ideas as in his very first press conference as a political leader. It was also possible to admire his refusal to become prime minister when offered it by Pervez Musharraf (who denies he ever offered it). And it was also possible to admire another feature, which the journalist Madiha Tahir would articulate in a 2012 profile of Imran for the Caravan magazine, an assessment prompted by a US diplomatic cable leaked by WikiLeaks: “the man says in private exactly what he says in public”.”

This is an interesting opinion piece on Stuff about Spark’s latest foray into sports broadcasting, after the telco picked up English Premier League rights. Tony Smith argues it could signal a revolution in single sport subscription broadcasting, as opposed to the current model where you get a Sky package with a bunch of channels. Personally, I’d pay good money for a channel that was 80% cricket, 10% AFL, and 10% a randomised selection of obscure sports like Kabaddi.

Gary Stead is expected to be announced as the new Black Caps coach today, reports Radio Sport. Stead never cracked huge numbers during his lengthy playing career, but his coaching record is very strong, including a Cricket World Cup final with the White Ferns, and First Class and One Day domestic trophies with Canterbury. He’ll be replacing Mike Hesson, and faces a busy upcoming schedule, as well as the World Cup starting in May next year.

And one more cricket story that broke overnight: English cricketer Ben Stokes has been acquitted of affray, and can rejoin the test squad, reports the Guardian. Stokes may still face further sanctions from cricket authorities, but will at least avoid going to prison after his drunken brawl, video of which was widely shared. Also now that he’s been acquitted, he can go back to being reported as NZ-born Ben Stokes.

That’s it for The Bulletin. If you liked what you read, and know other people who would find it useful, please forward it on and encourage them to sign up here.