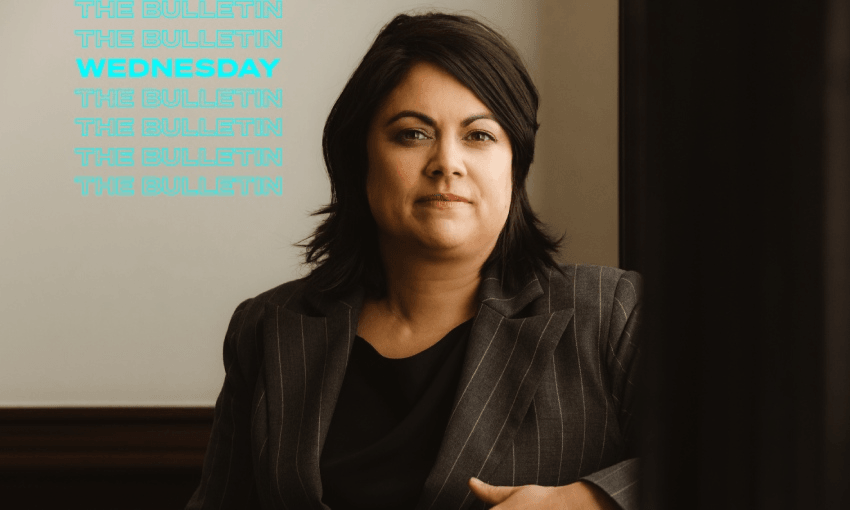 Since being elected to parliament last year, infectious disease expert Ayesha Verrall was promoted to cabinet.

Rapid Covid tests are here, but you can’t bring them home

Since being elected to parliament last year, infectious disease expert Ayesha Verrall was promoted to cabinet.

Use of antigen tests could be extended beyond unvaccinated travellers, but the government doesn’t have plans for a national surveillance programme, Justin Giovannetti writes in The Bulletin.

Today marks a significant expansion of the country’s rapid testing programme. Unvaccinated travellers leaving Auckland now have access to rapid antigen tests to fulfil new Covid-19 testing requirements. The rapid tests, with the unfortunate acronym of RATs, have been a mainstay of some overseas programmes to contain the pandemic, but their use has so far been minimal in New Zealand. The tests will be free for unvaccinated travellers until the end of January—the ministry hasn’t figured how how much they’ll cost after that. The next two months will serve as a trial of sorts to discover how well they work in New Zealand, associate health minister Ayesha Verrall told The Bulletin, but there’s no plan to massively expand their use.

Confused about the difference between tests? The Spinoff has a guide, looking at the strengths and weaknesses of each.

Rapid tests won’t be available to everyone and aren’t a replacement for vaccinations. It would be kind to describe the government’s unveiling of the rapid testing programme in November as muddied. What’s in place from this morning is far more limited than what had been hinted at only a few weeks ago, but Verrall says there’s been no change in strategy. The rapid tests are only available to unvaccinated travellers, who need to use them in pharmacies, under the supervision of pharmacists. Businesses and health workers also have access to them as a form of surveillance testing.

“Rapid tests are an adjunct to our overall approach to testing, the diagnostic test that still performs best is the PCR and if you have symptoms you need a PCR test,” said Verrall. Anyone who tests positive at a pharmacy, or has symptoms, will be sent to get one of the nasal swabs we’ve grown used to seeing.

What happens after January 31, when the tests aren’t free anymore? “They will be available at cost for some. You’ll continue to need one if you’re unvaccinated to fly on a plane—that’s what we anticipate. Aged care facilities might ask for them in certain settings for screening visitors,” she said. Requiring rapid tests won’t reduce any existing restrictions, she quickly added. Staff and residents will still need to be vaccinated, as well as a strict policy maintained on mask use. Rapid tests are always an add, not a replacement.

Rapid tests are likely to be used in future outbreaks. Beyond aged care homes, other settings will be considered after January. Where they’ll likely find a use is in an outbreak, especially one that is remote, Verrall said. Because the tests don’t need access to laboratories, they could help screen a population that would otherwise be hard to reach. According to the minister, 98.3% of New Zealanders live within 20 minutes of a pharmacy that has the tests. However, as One News reports, there have been a number of pharmacies who have reported not receiving their test supplies yet.

Don’t expect them to become take-home tests like overseas. The government has orders for monthly deliveries of 1.5 million rapid tests for the first half of 2022. While it’s a significant number, it’s not enough for a broad surveillance effort or a European-style programme where people are given half a dozen tests to take home and use when needed. One of the big issues here is that the government wants to know about positive results, Verrall said.

“I understand that in some other countries that sort of wide-scale rapid antigen testing is available, but the building of a public health system around that and to get the right action taken on the test result, would be an important part of it. It’s not our current plan, we’re currently using it in a much more targeted way.”