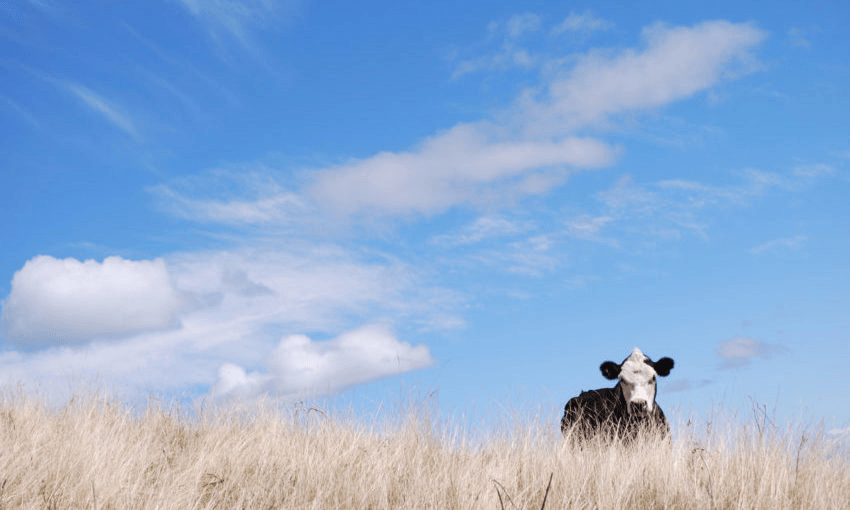 A historic day for climate change policy in New Zealand, with agriculture set to become part of the emissions trading scheme. However, the mechanism by which that will happen has not yet been decided, and as Stuff reports, under the current preferred proposal the farming sector will not have to pay for the vast majority of their emissions. The Interim Climate Change Committee has proposed that farmers will have to pay for 5% of their emissions by 2025, an option that the government is now leaning towards implementing. Many are describing it as a “sweetheart” deal.

That’s the more likely option for what will happen, at least. But the agricultural sector has their own plan, reports Farmers Weekly, saying they want a pricing system where “any price is part of a broader framework to support on-farm change, contributes to lower global emissions and supports farmers and growers to make practical changes on the ground.” It aims for technology based emissions measurement and reduction approaches, and much of their argument rests on the idea that farming in New Zealand is less emissions-intensive than it is in other parts of the world.

That second option is much less likely to be adopted, but the fact that it exists shows that farmers intend to keep negotiating hard. There’s a really useful piece of analysis by Stuff’s Charlie Mitchell on this, who notes that the pricing of agriculture emissions generally has been languishing for years in the “too-hard basket,” so the fact that some sort of consensus has been arrived at is remarkable. But it also shows the immense power the farming sector holds, given the terms is has already negotiated.

As for getting this through parliament, Politik reports that it’s still going to be tricky. There will be complex negotiations between the three parties of government, along with potentially the National party. At present they’ve been left out in the cold alternately describing what has been proposed as both a “backdown” and a “tax grab” – it can be one or the other, but it can’t credibly be both. And the Greens in government will also have to deal with plenty of sniping from climate change campaigners like Greenpeace – for example Newshub reports Russel Norman said the plan was still effectively subsidising “our own climate destruction,” and called on agriculture to pay much more to incentivise more rapid reduction.

Dame Anne Salmond has weighed in on the billion trees programme, saying it is being ‘rorted’ in an opinion piece on Newsroom. It’s a strong intervention from the leading academic, over a plan that appears to be focused more on quantity rather than quality outputs. Despite targets of two-thirds native trees, 88% of seedlings planted so far have been exotic species like pinus radiata. That’s not as good as it could be for fighting climate change, biodiversity, or even particularly good as a commodity product due to oversupply in the market.

The Overseas Investment Office has approved the sale of Westland Milk to Chinese dairy giant Yili, reports the NZ Herald. There had been a bit to slow it down by a group of disgruntled former shareholders, who said they were owed money, however the OIO said that was for them to sort out with the new owners. The OIO also concluded that as Yili wasn’t buying rural land itself, the tests around national interest were not as onerous.

A call is being made for protecting the environment of the Catlins, as a mechanism to also protect oceans, reports the ODT. It’s an area rich in biodiversity (possibly because not many people live there) and that isn’t necessarily confined to the land. Forest and Bird says the area needs long term, large scale predator control, and the National party’s Sarah Dowie says there is clearly enthusiasm for more areas to be declared as national parks.

US President Donald Trump has been banging the racism drum again, but notably this time around PM Jacinda Ardern actively and publicly called him out on it. That has been unpacked in a really insightful way by NZ Herald (paywalled) press gallery journo Derek Cheng. It’s highly unusual for New Zealand PMs to give their opinions on the politics of other countries, particularly when that other country holds such significant economic and diplomatic power over us.

The Dominion Post have put a cold case on the front page today, and it’s a fascinating piece about a half-forgotten atrocity. The key suspect in the Trades Hall bombing back in 1984 has been revealed as a retired marine engineer, who had a history of redundancies and was understood to be anti-union. The bombing took place in the midst of a period of economic trouble and industrial upheaval.

There was an incorrect link in yesterday’s Bulletin that I’d like to clear up. I intended to suggest you read this piece by Newsroom’s Sam Sachdeva, about European Union trade concerns with the provincial growth fund. Instead, I linked you to a Kate Hawkesby column. My apologies.

Right now on The Spinoff: Kristin Hall has some tips on how to manage the money side of an OE. Sam Brooks reviews Mean Mums, which he reckons is the next great NZ sitcom.” Johnny Crawford investigates Giggle TV, a “moronic” channel which you’ve probably seen on the wall of a shop without realising it. Don Rowe reports on property management companies dropping landlords who haven’t got on with meeting new insulation standards.

And this piece is quite heartbreaking. Ecologist Stella McQueen writes about the hundreds of native mudfish that died after being relocated to make way for a wastewater development. It’s a deep look at an appalling and entirely preventable waste of natural life.

This is a long-read about an obscure form of legal land ownership in the USA. Yes, I realise that’s not the greatest selling point, but I urge you to read this ProPublica piece all the same. Because what it’s really about is how the US courts have been used to dispossess mostly black people who used the ‘heirs’ property’ system, and the flow-on effects losing land ownership has on families and communities. Here’s an excerpt:

One of the most pernicious legal mechanisms used to dispossess heirs’ property owners is called a partition action. In the course of generations, heirs tend to disperse and lose any connection to the land. Speculators can buy off the interest of a single heir, and just one heir or speculator, no matter how minute his share, can force the sale of an entire plot through the courts.

Andrew Kahrl, an associate professor of history and African-American studies at the University of Virginia, told me that even small financial incentives can have the effect of turning relatives against one another, and developers exploit these divisions. “You need to have some willing participation from black families — driven by the desire to profit off their land holdings,” Kahrl said. “But it does boil down to greed and abuse of power and the way in which Americans’ history of racial inequality can be used to the advantage of developers.” As the Reels family grew over time, the threat of a partition sale mounted; if one heir decided to sell, the whole property would likely go to auction at a price that none of them could pay.

The Silver Ferns have now thrashed five opponents in a row at the World Cup, but the real test is looming. Radio NZ reports they put Northern Ireland away by 49 points last night, but the next game is on Thursday night against Australia. Either way, they’re going to be in the semi-finals, but placings will determine whether their opponents are the highly-fancied England, or the much more beatable South Africa.