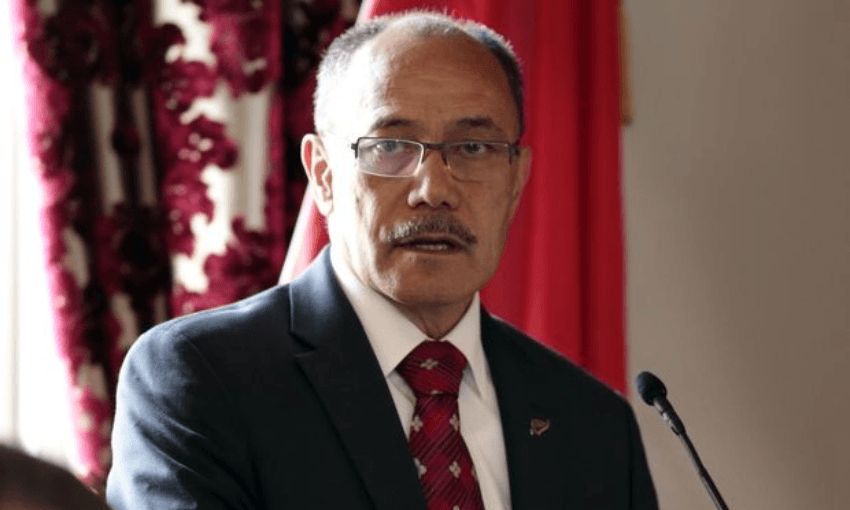 Good morning, and welcome to The Bulletin. In today’s edition: NZDF under inquiry scrutiny, competing statements on Labour investigation released through lawyers, and a thorough look at Air NZ’s carbon offsets.

Ever since the book Hit and Run was published, the Defence Force have been under various degrees of pressure over whether Afghan civilians were killed in a New Zealand operation, and whether the NZDF were involved in covering that up. Over the course of this week, that scrutiny will be intense, with current and former top brass taking the stand in the inquiry into Operation Burnham.

So far, one day of evidence has shown at the very least that there were significant mistakes and bungles from the NZDF, reports the NZ Herald’s Boris Jančić. In fact, that has come from the NZDF itself, including for example former defence minister Jonathan Coleman being given incomplete information, because a key document confirming possible civilian deaths had been locked away in a safe for years. But the NZDF maintain that incidents like that were a result of errors and miscommunications, rather than any attempt at a cover-up.

So who read that report? That’s the crux of this story from Stuff’s Thomas Manch, which outlines how the report somehow made it from Afghanistan, to the safe in New Zealand, and was never properly noticed along the way. It had also been “marked in a way which showed it had been read” according to lawyer for the inquiry Kristy McDonald, QC. The inquiry will run throughout this week, and it will be worth keeping an eye on.

One of the three investigators on a Labour panel has questioned the credibility of the complainant at the centre of sexual assault allegations. Simon Mitchell has issued a statement through his lawyer, saying “at no point did she say that she had been sexually assaulted or tell us about the events that are described in the Spinoff article.” He says his computer has been forensically examined, and there is no evidence of any reference being made to sexual assault via email. However the complainant issued a statement in response, strongly disagreeing with many points in Mitchell’s statement. Both statements have been published in full here.

Meanwhile the PM has acknowledged that the party failed to deal with the allegations adequately, and that at the request of the complainants the terms of reference of Maria Dew QC’s report will not be released, reports Newshub.

This is an absolutely brilliant piece of work about those carbon offsets you can buy on Air New Zealand flights, by Mirjam Guesgen for The Spinoff. It’s a really complex picture, and many schemes over the years have more fit the definition of scams. This piece revels in that complexity, and is really comprehensive read for it.

Other Covering Climate Now pieces worth reading: There really has been a flood of good work already, but here are three that stood out. Eloise Gibson at Newsroom with a deep dive into how seas won’t rise at a uniform rate. Jamie Morton at the NZ Herald interviewed an expert on why denialism is still out there. And Alice Angeloni at the Marlborough Express met some wonderful old tree-huggers who have been trying to make people realise the danger of climate change for decades.

Wall St wolves are circling NZ dairy farm debt, reports Nigel Stirling for Farmers Weekly. Overseas hedge funds have been approaching the big Australian-owned banks, who themselves have been reviewing their position in the NZ market in light of Reserve Bank proposals which would increase the amount of capital they have to hold. The market is really uneasily poised at the moment, with farms sales stalled, meaning any push from banks to force indebted farmers to sell up could cause a sharp drop in prices.

A report into the Ruakaka pipeline failure from way back in 2017 has just been released, recommending investment to ensure fuel supply can be maintained, reports the NZ Herald. The outage caused more than a week of significant disruption to flights around Auckland, after damage from a digger resulted in a rupture years later. Meanwhile speaking of fuel, energy minister Megan Woods told Q+A last night there’s absolutely no need to dip into the country’s strategic oil reserve, with the price spiking due to an attack on Saudi facilities.

As has been demonstrated an overwhelming number of times now, the kids are alright, and this story about anti-vax parents proves it. Stuff has met young people who grew up in anti-vax households, who then chose to get vaccinated pretty much as soon as they were out from under their parent’s roofs. Tellingly, one spoke of not even trying to change their parent’s views – they just got on with sorting themselves out. Good on them for doing their bit for herd immunity.

Right now on The Spinoff: Alice Neville writes about a day of trying to only speak te reo to mark Māori Language Week. In keeping with that, Alice Neville and a few others around the office are also going to go vegan for climate week. Sam Brooks spoke to climate expert David Tong about which post-apocalyptic scenarios from gaming are most likely IRL. A new episode of Actually Interesting is out, looking at efforts to teach machines ethics. And I wrote up a briefing on the race to by the Hutt City mayor.

Also, Hayden Donnell has reported on a scandal that will touch the lives of every public servant. Shocking details have emerged of how much Councils are spending on staff Christmas parties, and folks, as a taxpayer, I’m outraged, and fully agree with Hayden on this one.

For those who have long pushed for more teaching of NZ’s history in schools, last week was a satisfying one. That comes through really strongly in this piece from Kennedy Warne at E-Tangata, covering both the educational announcement, and the bill to pardon Rua Kēnana. It tells a story that should not be forgotten. Here’s an excerpt:

While researching Tūhoe history and visiting Maungapōhatu, it struck me as incredible that Rua was harassed as a lawbreaker when his clear mission was to respect and uphold the law — so long as it treated both races equally. Rua’s ongoing complaint was that the sun of the law “shines on one side — the Pākehā side — and it darkens on the other.”

I remember spreading out a facsimile of his flag on the floor of the wharenui at Maungapōhatu, marvelling at its unequivocal message: “Kotahi te ture, nga iwi e rua” — one law for two peoples.

When the original flag was given back to Tūhoe on Tūhoe’s Treaty settlement day in 2014, a deep outpouring of emotion accompanied the return of the taonga.

Every sport department in the country is in feverish preparation for the Rugby World Cup. And a lot of the stories are fairly same old, same old, so I thought I’d share this nice listicle from the NZ Herald’s Christopher Reive, which profiles a few of the players from un-fancied nations who could have an impact. It’s a good reminder that the word ‘World’ is in the name – it’s not just an escalating series of challenges for the All Blacks to overcome.