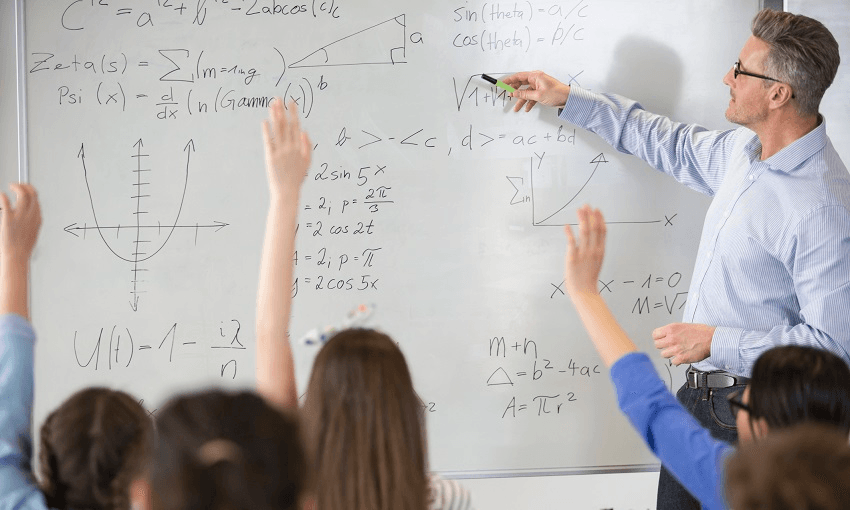 The Bulletin: Novopay back and as bad as ever

Teachers are taking legal action against Novopay, amidst the news their payrise won’t come in for another two months, reports Newshub. The one-off $1500 bonus promised to teachers on the settlement of the agreement will also be delayed. And such is the fury of teachers, they’re even threatening to continue that legal action after the mistakes have been corrected and they have been fully paid, reports Radio NZ.

It’s another bungle in one of the biggest administrative debacles of the decade. Starting in 2012, the launch of Novopay was marked by teachers being underpaid, and sometimes not even paid on time at all. In one infamous example, a teacher was ‘paid’ negative $17,000. The costs of the system blew out wildly, from initial estimates of $30 million to well over $100 million. It was one of a few IT system disasters the government presided over, as this very informative piece on Stuff from 2012 shows. In the case of Novopay, this piece from Education Central shows that it was implemented without being fully tested and ready to go.

Education minister Chris Hipkins has apologised to teachers, and said a replacement system is on the way. But it’s not hard to imagine correlations between the resentment that built up among the profession during the Novopay saga, and the current concerns around teacher shortages. Back in 2013 the Waikato Times published a piece from year 13 student Grace King, who wrote “I wanted to be a history teacher, but now I’m not so sure” in response to what she was seeing. How many teachers will have left, and how many potential teachers will never have joined the profession, as a result of the Novopay disaster?

Sediment from Auckland building sites is flushing into waterways and damaging ecosystems in the process, reports Michael Nielson for the NZ Herald (paywalled.) Out of an audit of 301 small building sites, only 13% were fully compliant. That can then send huge plumes of mud into the ocean after heavy rain. It’s a salient reminder in general terms too that what happens on land tends to have a subsequent impact on the sea.

The government’s road safety strategy has a few moving parts to it, so fortunately Radio NZ’s Ben Strang has broken down the details. The long term goal is a 40% reduction in road deaths, but to get there, a couple of areas are being targeted. They include improving roads and putting in median barriers, getting safer cars on the road, and reviewing driver licensing with a view to making actual road users safer.

You might have heard about a crisis of kākāpō populations recently, with alarming numbers of the birds dying. The NZ Herald’s (paywalled) Kim Knight has written an excellent piece looking into the phenomenon, and more importantly what is being done to reverse it. There are just 142 mature kākāpō in the world, so there is quite a bit of urgency to those issues.

Te Papa has de-prioritised plans to build a new facility in Manukau, reports Radio NZ. It didn’t get funding for it in the Budget, and so they are putting other work first. Manukau Ward councillor Alf Filipaina is disappointed, because land had been put aside for it, and is now concerned it might never get off the ground.

A couple of noteworthy bits of reaction to the proposals to bring agriculture into the ETS. On The Panel, climate scientist David Frame characterised it as being a solution for an earlier time before rapid increases in emissions, in an overall deconstruction of the approach taken. And climate change minister James Shaw responded to Newshub about criticism from Greenpeace and his former boss Russel Norman, saying he expects the NGO to keep pushing the government further.

An interesting note of feedback from a reader yesterday, about the NZ Herald putting comment pieces by politicians behind the paywall. Reader John said it “seems antidemocratic” to do so, in referring to this piece by Phil Twyford being blocked. I note the same has happened to this piece by Auckland councillor Christine Fletcher. Either way, perhaps it will give politicians more empathy for journalists – they pour their heart and soul into a piece of writing, and then fewer people than they hope for actually read it.

Right now on The Spinoff: Darius Shahtahmasebi writes about the involvement of a senior NZDF officer at a major bombing base for US forces in Qatar, and the troubling questions that raises. Veronica Schmidt writes about the lack of support ACC is providing some of those who suffered mentally as a result of the Christchurch attacks. Richard Easther marks 50 years since the first (and only) people landed on the moon. And Alex Casey was moved to prose by the lead singer from The Feelers turning up on The Block.

For a feature today, I’ll send you in the direction of a reader survey on climate change from the country’s biggest news site. Stuff have of late taken a leading role in climate change coverage, and one thing they’ve then done with that is surveying their readers about what they want to see more of. The results are really rather interesting – particularly because they got about 15,000 of them. Here’s an excerpt, featuring quotes from readers who gave qualitative feedback:

“Cover the need for systemic action rather than individual, consumer-focused coverage.”

“Do a more proactive job of holding politicians to account for their words, policies, and lack of actions.”

“More coverage needs to focus on what large companies are doing to contribute to climate change. It’s great that we as individuals can all make small changes but it’s really the industries that need to make a move if we’re going to save our planet.”

Is the divorce between Shaun Johnson and the Warriors still having an effect on both? That’s the question Stuff’s Jackson Thomas delves into, ahead of Johnson’s first NRL game on New Zealand soil since the messy split. The Warriors have had a pretty poor season, and while the Sharks are a few places ahead of them on the ladder, Johnson himself hasn’t been in particularly good form. For both, a lot is riding on Friday night’s game in Wellington.