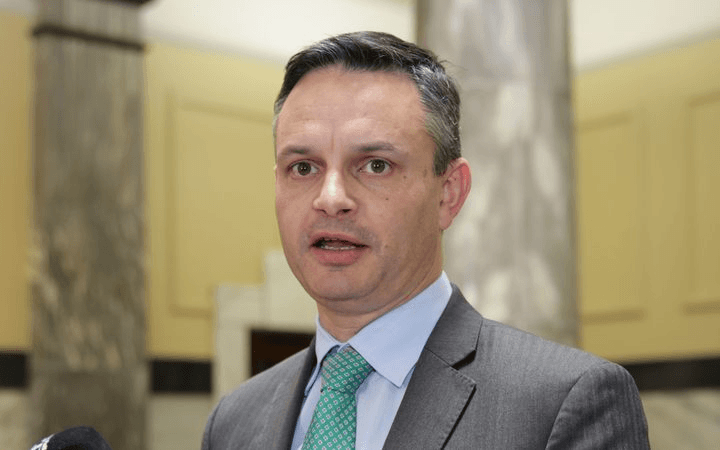 Kia ora, good morning, and welcome to The Bulletin. In today’s edition: Greens do a Parliamentary deal with National, maternity care faces growing crisis, and Hamilton’s mayor hits out at Kirikiriroa coverage.

The Greens will give the bulk of their Parliamentary questions to the National Party for the rest of the term. Leader James Shaw made the announcement on TVNZ’s Q+A, saying it would be a waste of time for his party to ask ‘patsy’ questions of the government, and that they would be better used by the National party to hold the government to account.

If the political motivations for such a move are difficult to figure out, Stuff‘s Senior Political Reporter Jo Moir argues this is a way for the Green Party to differentiate itself from Labour, something it has struggled to do since the election. She also suggests this will send a signal to the Labour Party that they can’t keep taking the Greens for granted. Chris Keall on the NBR suggests the Greens’ decision to effectively do away with patsy questions will be taken as common sense by most mainstream voters.

That said, patsy questions probably seem like a bigger issue to those who follow politics closely than to the general public, so any actual impact of the move may be limited. And while the party may have generated one differentiating headline here, the Greens have potentially given up 42 chances to differentiate themselves over the rest of this year, and 50 next year.

Stuff is launching a series investigating the growing problems in New Zealand’s maternity care system. The first story looks at the risks of over-crowded neonatal intensive care units. The over-arching theme of the series is that while New Zealand’s maternity care is high quality, improvements have stalled. The Dominion Post and The Press both have stories relating to the series on their front page this morning, and the Southland Times has covered a protest to save Lumsden’s rural birthing unit.

The series follows other recent reports that show all is not well in the sector, including reporting last week from Radio NZ on fears of women losing access to rural birthing units. And last month, the NZ Herald reported that there is a severe shortage of midwives in high population regions, like Auckland and Waikato. The story noted that salaries for midwives has not kept pace with inflation.

Hamilton’s mayor has hit out at media coverage, after abandoning his attempt to change the name of the City Council to Kirikiriroa. Andrew King told Radio Live negative media coverage (much of which was merely reporting the views of city councillors) sank the idea before it could be put to Council. Mr King says he has no regrets about raising – and then ditching – the idea, because it has prompted discussion. One important piece of discussion was published on The Spinoff, with Horiana Henderson describing King’s backdown as a “missed opportunity.”

The Prime Minister says there isn’t any more money that can be put towards child poverty reduction. Jacinda Ardern told Newshub Nation all measures the government could afford were included in the families package. During the interview with Lisa Owen, Ardern described the government’s books as “a constrained environment,” when discussing upcoming pay negotiations with teachers and nurses.

A National MP is talking up the possibility of the party standing candidates in Māori electorates again. Jami-Lee Ross told Native Affairs on Māori TV that with Simon Bridges as the first Māori leader of the party, it’s something they’re considering. Standing Māori electorate candidates would be a big shift for the National Party, who as recently as 2011 were considering whether or not to abolish the concept of Māori electorates. The party typically gets a comparatively tiny number of party votes in Māori seats.

Meanwhile in other National Party news, they’ve been pinged for taking people’s email addresses from issue based petitions, and adding them to their main campaign email list. Radio NZ reports some petition signatories feel their privacy has been violated. And as someone who manages an email list, I can tell you right now – this is a big no-no.

Radio NZ this morning is devoting heavy coverage to the massive shortage in qualified early childhood teachers, which is being described as a “crisis.” As with the midwives discussed above, pay rates for ECE teachers are not good, with some qualified teachers earning about the equivalent of minimum wage.

Right now on The Spinoff: guest writer Keri Welham meets a young and ambitiousproperty developer who wants to make Hamilton “the most livable city in the country.” Madeleine Chapman has written an intriguing meditation on the nature of tiredness, in the context of Max Richter’s conceptual 8 hour performance SLEEP. And Henderson-Massey local board chair Shane Henderson tells young Aucklanders why they must have their say on the Council’s ten year plan.

I’m a huge fan of expressive, narrative based sports writing, and this piece from Stuff‘s Dana Johannsen is astonishingly good. It follows gymnast Misha Koudinov’s long journey to develop and execute a move that, if he successfully pulled it off, would be named after him. His personal story is told with rich detail, split between Russia, New Zealand and the USA. And just read this setup paragraph about Koudinov planning to unveil his move:

“No coach would advise putting an element into a routine that has that limited success rate in training. But Koudinov’s focus wasn’t on the competition. His thoughts were only on the kid who spent his days dreaming of the endless possibilities of flight.”

In sport, a bombshell for the Breakers. Coach Paul Henare, who is also a former player, has rejected a contract extension and will leave the club, reports the NZ Herald. It comes as new owners take over the club, and for context on that, read Andrew Mulligan’s piece on The Spinoff, describing the former owners as “the best in New Zealand sport.”

And the Warriors beat the Gold Coast Titans over the weekend, to make it two wins from two. At this stage all Warriors fans should book leave for the 1st of October, to recover from the hangover after winning the NRL the day before.