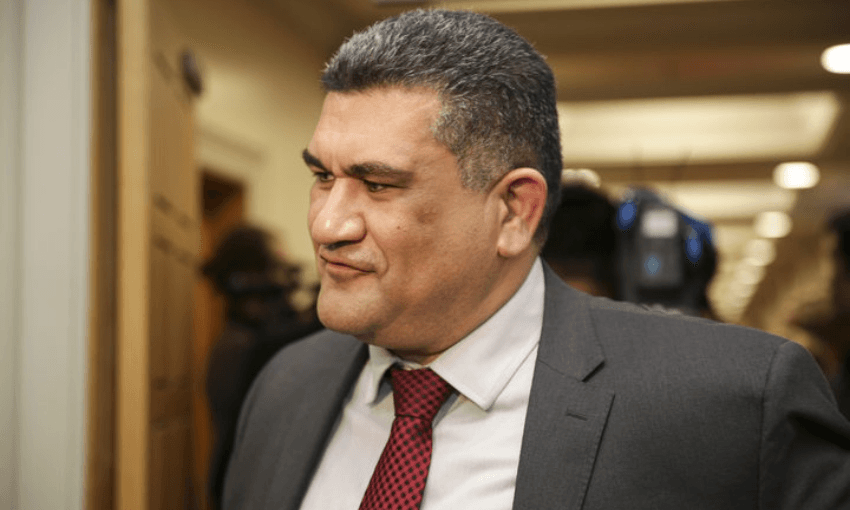 Labour MP Paul Eagle, who was himself a child of adoption (Radio NZ, Richard Tindiller)

The Bulletin: How adoption laws could change

Labour MP Paul Eagle, who was himself a child of adoption (Radio NZ, Richard Tindiller)

Good morning and welcome to The Bulletin. In today’s edition: How adoption laws could change, Winston Peters returns to the public eye, and family reunifications for migrant workers barely happening.

It was a small Friday announcement, but could end up having significant impacts on how the law understands the structure of families. Justice minister Kris Faafoi has announced New Zealand’s 66 year old adoption laws will be reviewed, and public consultation is being sought. The NZ Herald’s Michael Neilson has reported on what underpins the desire for a review. Basically, when these laws were written, they favoured heterosexual nuclear families, along with the concept of a “clean break” for kids who were adopted out from their birth parents.

But as we’ve come to understand in the decades since, traditional family structures aren’t necessarily the norm any more. For example, the Māori concept of whāngai – in which a child is brought up by relatives (usually relatives at least) of the birth parents – often involves the child being aware of the situation from a young age, and still having some form of relationship with their birth parents. “We want to learn more about the tikanga behind whāngai and how these principles could be reflected in our laws,” said Faafoi.

For many, this will be a legislative review with deeply personal elements. On Newshub Nation over the weekend, MP Paul Eagle discussed being adopted out because of a lack of support for solo parents in the 70s. It took 20 years for him to meet his birth mother. He said since sharing his story several years ago hundreds of people have got in touch with stories of their own. If people want to have their say on the law reform, the discussion document can be found here.

Winston Peters has returned to the public eye with a speech at the NZ First party conference. Stuff’s Henry Cooke reports there was a tone of defiance, with Peters vowing he’d bring the party back into parliament in 2023. It was also notable for the attacks made on the government – in fairness, this isn’t exactly one way traffic, with Labour both implicitly and explicitly saying they’ve been pushing ahead since the election with things NZ First put a handbrake on during the last term. Toby Manhire put together an analysis of the speech, and whether NZ First really can make it back.

Family reunifications of migrant workers in New Zealand are going at a glacial pace, despite a recent policy change. Newshub’s Amelia Wade reports just 15 family members of highly skilled migrants have been allowed in, meaning the vast majority of families in this position are still split. As a result, the government is being accused of creating false hope. From a self-interest perspective too, the country probably can’t afford to lose these people and their skills, but it would appear some are now talking about giving up and going back to their families.

A person has died amid a tornado hitting a Ports of Auckland shipping container yard in Wiri, reports the NZ Herald. Investigations are under way, but falling containers may not have been the cause of death. Spokesperson Matt Ball said it was a “horrendous freak event” and the company would be providing support for the person’s family, and other people affected. That weather has also caused significant problems in Gisborne and around the East Coast, reports Newshub, with flash flooding and closed roads.

This week is an incredibly important one for the future of Wellington, with the council to debate and vote on the spatial plan. Justin Giovannetti has covered the battle lines being drawn up in his adopted home city, in particular the draft put out by council officials that significantly increases the area of the city with heritage protection. Homeowners in city fringe suburbs in particular have been vocal about their opposition to increased density, saying it will result in a loss of character. In contrast, urbanists say the city must become more dense and compact if it is to survive as a place worth living in.

Two interesting stories about commercial fishing: In light of new requirements for cameras on boats, fishing giant Sanford is justifying long lead-times for them to be rolled out on technological grounds, reports Radio NZ. And Newsroom’s Ben Leonard reports on a significant High Court decision, which found fishing minister Stuart Nash wrongly made the tarakihi catch limit too generous, after taking on board industry views over the advice of officials.

Right now on The Spinoff: Hayden Donnell goes on a long oddysey to find the head of Ted, a decapitated toy from the 80s era of Play School. Elodie Berthe meets a bunch of people from refugee backgrounds who as essential workers played vital roles during lockdown last year. Our Sunday Essay is by former child psychologist Lynn Jenner, who writes about the Royal Commission of Inquiry into abuse in state care, and reflects on the actions of a former colleague.

Gossip Week wrapped up over the weekend: Business editor Michael Andrew writes about a time when insider trading was all part of the game. Danyl Mclauchlan explores the theory that language developed so that humans could gossip about each other. Sam Brooks meets legendary New Zealand gossip writer David Hartnell MNZM. Alex Casey chats to Associate Professor Jennifer Frost, who has spent decades studying the function of gossip from Hedda Hopper to Donald Trump. And an anon Auckland bar owner writes about the strict unwritten rules of gossip within the hospo world.

And finally, it has been an excellent weekend for The Offspin podcast, if not so much the actual cricket. First of all, I’d highly encourage cricket fans listen to this interview with Brendon McCullum, written up by Simon Day. Plus, I did an episode with Jonathan Pearce from The Beths, talking about the day’s play, and hearing about the role cricket plays for the band when they’re on tour. In terms of the current state of the WTC final, it’s delicately poised, to say the least – another episode will be out later today.

For a feature today, an excellent feature about the scale of Wellington’s pipe problem. Stuff’s Joel Macmanus is one of several top local journalists who has been following this story, and has drawn together that knowledge along with an interview with mayor Andy Foster. Here’s an excerpt:

In emergencies, crews can sometimes manage to redirect the sewage through other pipes, but that usually ends up with thousands of tonnes being pushed out into the harbour. The most important pipe in Wellington is called The Interceptor. Think of it as Wellington’s sewage highway. Every wastewater pipe south of the suburb of Newlands eventually ends up at The Interceptor, before moving in a big brown wave towards the Moa Point treatment plant.

An inspection earlier this year revealed two critical sections of the pipe, totalling 260 metres in length, were suffering from serious corrosion, eating at least 6 centimetres into the solid concrete exterior. If The Interceptor fails, the entire city’s sewage, 67 million litres per day, would be discharged directly into the sea off the South Coast. That corrosion is also what led to the Willis/Dixon Street sewerage collapse, the most critical failure in the network this year.

In sport, pole vaulter Eliza McCartney has been unable to qualify for the Olympics. At a qualification meet in Auckland, she managed to clear 4.30 metres, but that was still 40cms off the mark needed to reach the Olympics. Before that meet, there was a good article on Radio NZ in which she was pretty philosophical about her chances, but also upbeat about shaking off injuries in time for the 2022 season.