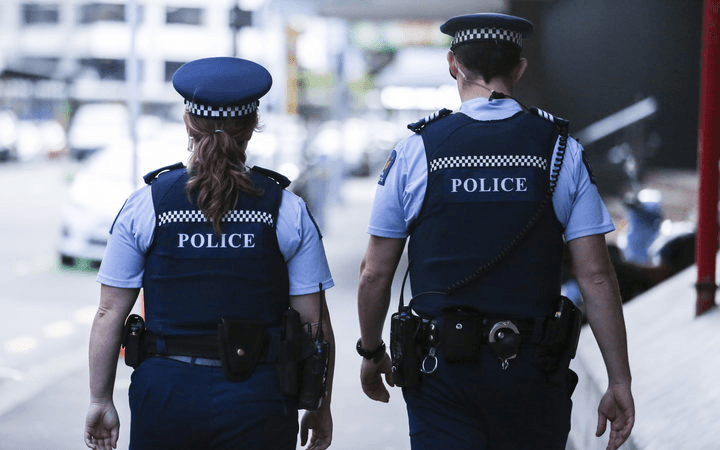 The Bulletin: The politics of more police

Good morning, and welcome to The Bulletin. In today’s edition: Distribution of extra police officers announced, MPs put on a pay freeze, and the price of milk is in the spotlight at Stuff.

The distribution of new police officers has been announced, at a delicate time for justice and crime prevention politics. During the election campaign, Labour promised 1800 new frontline officers on the streets during their first term. That will roughly be delivered by this new announcement, in which 1800 new officers will be hired, and as Stuff reports funded to roll out over five years.

Where will they be going? The distribution basically reflects where population growth is being felt most sharply. Around 1 in 5 will be deployed to Auckland, only 264 will go to the South Island as a whole, and 520 will be tasked with combatting national level organised crime and training – they’re listed in the release as ‘investigators and technical specialists’, so it’s perhaps a bit of a stretch to describe them as frontline, but they’ll still have plenty of work to get through.

The Auckland increase will be interesting, because a recent report from Stuff indicated that police are still being driven out of the city, not by bandits and bootleggers, but simply from the cost of living. This NZ Herald story from July notes that police are expecting their upcoming pay negotiations to be “torrid” – and while officers can’t strike, they could just leave the job. It would be ironic if the increase in police officers was wiped out by experienced officers who felt undervalued leaving.

The stated focus of the increase is crime prevention, but it’s also largely about trying to make people feel safe in their day to day lives – for many, seeing a police officer walking around has that effect. Radio NZ reports that community leaders are hoping the new officers will “walk among the community” – and it seems like they literally mean walking foot patrols.

In a way, it all ties in to what Andrew Little is trying to do at a Justice Summit this week, which is aimed at finding ways to lower the prison population – stopping people ending up there in the first place could work wonders there. It’s a shift in political orthodoxy, because as David Fisher notes in the NZ Herald, there’s traditionally always been votes in cracking down and getting harsher on crime.

Having said all that, the justice summit was opened by PM Jacinda Ardern, who described prisons as a “moral and fiscal failure,” reports the NZ Herald. Does that sound familiar? It should – it was also a phrase once uttered by former PM Bill English. That could be considered prophetic – that even with the best of intentions, political will can still be undone by systems that stubbornly resist change.

MPs are being put on a pay freeze after a captain’s call from PM Jacinda Ardern, reports the NZ Herald. The freeze will be in effect while a review of how MP pay is calculated is carried out. In terms of a dollar figure, any savings will be negligible, but it’s easier to tell striking teachers that there’s no more money when you aren’t getting a pay-rise too.

There seems to be a bit of a campaign going on at Stuff at the moment about the price of milk. This piece looks into branding of milk, and the various ways in which roughly identical products are being differentiated to the market. And this piece about the price of milk notes New Zealanders pay a premium for the stuff, through both the high price paid to farmer suppliers, and the retail margins (though not necessarily profits) tacked on by supermarkets.

Meanwhile, the Southland Times is going big this morning on the first tanker rolling into a brand new Mataura Valley Milk factory in McNab, north of Gore.

John Campbell gave the new EQC leadership structure a warm welcome on Checkpoint last night. Or at least, EQC boss Sid Miller wanted to talk about the new leadership structure, but John Campbell preferred to talk about the experience Cantabrians have had in dealing with the agency. Mr Miller put up a defence of the progress to date, despite the ongoing saga of re-repairs creating chaos with the rebuild.

A former working group that feels thrown on the scrapheap is exasperated by a new work programme on waste being drawn up, reports Newshub. They’re worried their work, focussed on tyre recycling, with end up starting from scratch all over again.

The TOP Party isn’t dead after all. They’ll return with former co-deputy Geoff Simmons leading the party, and controversial founder Gareth Morgan in more of a backroom policy sort of role. The Spinoff’s editor Toby Manhire has assessed their chances of success next time around, and whether a major party like National might consider chucking them a seat to help them over the line. But Richard Harman at Politik writes the return of TOP isn’t likely to be good for anyone – National included.

Is there going to be a political coup in Australia? Yesterday afternoon it seemed like the answer was yes, and I filed this piece for The Spinoff about a likely challenge from immigration minister Peter Dutton, against sitting PM Malcolm Turnbull. But then by the evening it turned out Peter Dutton may not even be eligible to sit in Parliament, so it’s probably on ice for now.

From our partners: The chair of Vector’s Diversity and Inclusion Committee, Teina Teariki Mana, ponders the state of gender equity in an industry that still lags behind, and we hear about three women working in the male dominated work of energy distribution and maintenance.

And don’t forget, our Bulletin signup referral competition is still underway. Here’s all the competition rules – entries are finalised on the 31st of August.

Right now on The Spinoff: There’s a new episode of Dietary Requirements out, talking sausages and other bits of meat you don’t want to see get made. A group of scientists explore why anti-vaxxers are so sure of their position, despite all the scientific evidence being against them. And staff writer at The Spinoff Don Rowe reviews Spin-Off, a knitting quarterly that may or may not take breach of copyright action against us in the future.

Here’s an international story which is being interpreted as a warning from China to the Pacific: China has put an effective tourism embargo on the tiny nation of Palau, reports Reuters. Tensions have developed between the countries over Palau’s diplomatic recognition of Taiwan, which the Chinese government considers a slight on their own legitimacy. Here’s an excerpt:

“In the commercial center of Koror, the Chinese pullback is obvious. Hotel blocks and restaurants stand empty, travel agencies are boarded and boats which take tourists to Palau’s green, mushroom shaped Rock Islands are docked at the piers.

The decline since the ban was announced has been so sharp, charter airline Palau Pacific Airways announced in July it would terminate flights to China, four hours away, from the end of this month”

Incidentally, because it’s good practice to credit work when it helps you out, I found this piece from Jenée Tibshraeny’s weekend wrap on Interest.

The NRL All-Stars concept has been revamped, and will now be a game between Australian Indigenous and the Māori Kiwis, reports Radio NZ. It’s a pre-season double header, and will also involve a women’s game as the curtain-raiser. There are hopes that the new format will increase the chances of getting big names of the game to lace up for it.

Hockey NZ will hold an independent review into the culture and concerns of the Women’s Black Sticks, reports One News. It follows a reply-all email blunder from coach Mark Hager, who accidentally aired criticisms of selected players to the whole squad. Whether or not it will all get as ugly as the battle between players and coaches that has played out this year with the Football Ferns remains to be seen.