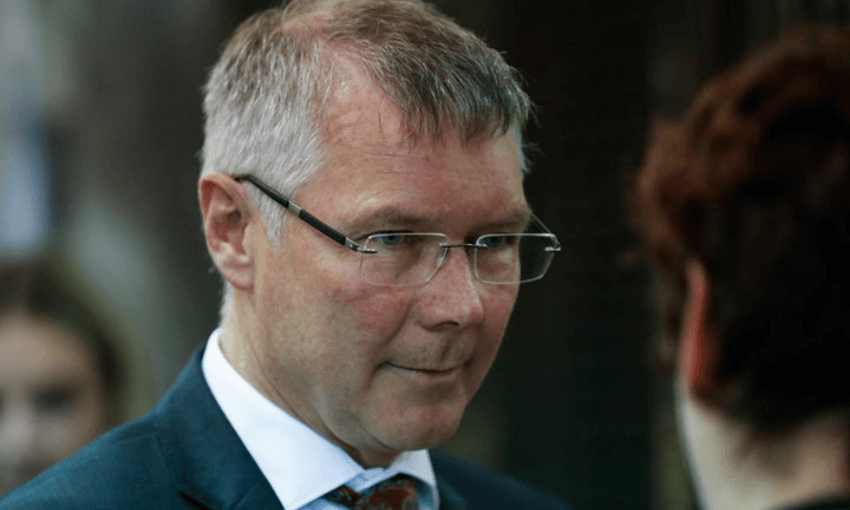 Good morning, and welcome to The Bulletin. In today’s edition: Attempt to get foreign buyers ban exemption ruled out, Auckland Council needs volunteers for homeless census, and PM Jacinda Ardern becomes a mother.

Speaker Trevor Mallard has intervened on procedural grounds to prevent an exemption to the foreign buyers ban for a single luxury property development, reports Politik. The exemption was only in there in the first place because it was agreed to by a group of Labour MPs, including economic development minister David Parker. Labour are insisting the exemption wasn’t a favour for the developer in question, John Darby, rather they say it was for the benefit of iwi groups Te Uri o Hau and Ngati Manuhiri.

It came up in Question Time, with Amy Adams grilling economic development minister David Parker hard over the matter. Adams’ questions were an attempt to draw Parker into discussing whether there were any meetings or conversations on the matter with people whom there shouldn’t have been. Parker denied any interference, but another possible link was discussed.

John Darby’s PR firm includes GJ Thompson as a named partner – this is the guy that until recently was the Labour government’s chief of staff. Asher Emanuel wrote for The Spinoff in February that there was a potential for conflicts of interest to have a lobbyist temporarily have a top job in the new administration.

In the end the exemption didn’t come to fruition. But it was inserted into the bill by the office of David Parker, as the NZ Herald reports, and the incident will add to concerns around conflicts of interest in the government. Fundraising dinners in which ministers pressed the flesh with wealthy donors (but in their capacity as local MPs) were revealed two weeks ago by Stuff. Regional development minister Shane Jones has so far spent up large on his home region of Northland, out of his provincial growth fund.

That’s now three stories in the space of a month, which taken together add up to something of a murky picture. Perhaps that is simply how government in New Zealand works – after all, there were more than a few examples of what appeared to be government favours for certain people or businesses from the last lot too. Maybe it’s just that New Zealand is a small country, with relatively small numbers of people in these sorts of positions. But it looks and smells ugly.

Auckland Council is looking for volunteers to help out with a homeless census, reports Stuff. They want to get a grip on the scale of homelessness in Auckland, and will be doing the count over one day – the 17th of September. Around 750 volunteers are needed. Mayor Phil Goff says the ultimate goal for the council is not just managing homelessness in Auckland, but ending it.

Congratulations to Jacinda Ardern and Clarke Gayford on the birth of their daughter. It’s front page news in all the major metropolitan papers, with The Dominion Post, The Press, The ODT and the Taranaki Daily News all using the photo from the hospital, that will surely become one of the most iconic pictures in New Zealand’s history. The Press also made their title banner pink for some reason. The story isn’t so prominent in some of the provincial papers – slightly bizarrely the Timaru Herald has a waiting-for-baby story on page 6, and the Manawatū Standard has buried the news on page 8. Ardern will now be off for six weeks of maternity leave.

There is little more to say about the birth, except that it was celebrated around the world, at a time when global headlines are full of fear and darkness. That’s a beautiful thing.

Oh okay, but one more thing. Relive the absolute majesty of our birth-watch live blog. When it first started, it was just Hayden Donnell staring into the void. But by the end, it was a gripping insight into the nature and inner workings of the 24 hour news cycle. Sort of.

This is a really interesting piece of work about the small Wairarapa town of Featherston, and the influx of Wellington money. Published on Stuff, it charts how the town is changing for better and worse as property becomes desirable again in the town just over the Remutaka hills. It also stands in for towns all over the country, in which the ripple effect of property prices in the major centres is giving some people a financial boost, and making life much more difficult for others.

Intercity bus services ManaBus and Naked Bus will be shutting down their services in July, reports the NZ Herald. Fifty jobs could go as a result. It could be a real blow to the tourist industry, particularly at the backpacker end, and those needing low cost travel around the country will also feel the effects of this.

Anger has erupted at a finalised Auckland Uni decision to close three libraries, reports Radio NZ. The specialist libraries for Elam Fine Arts, Music and Dance, and Architecture students will be shut, and their books moved to the general library. Auckland alternative radio station bFM, who are based at the Uni, tweeted out the full text of the letter in which the decision was announced.

There are very few lines of copy in this story from NZ Farmer, but it’s worth sharing for the headline alone. Silence of the lambs: Large-scale sheep theft in South Otago.

An update on the protests against the inhumane practices of US immigration controls mentioned yesterday – there will be a further protest in Auckland on Saturday, organised by the Migrant Workers Association of Aotearoa. Details here.

Right now on The Spinoff: Waimihia Rose Mather, who you may know from the Gone By Lunchtime podcast, is giving Ardern and Gayford’s baby some wise advice. Rebecca Stevenson writes about business confidence, and why it evaporating. And are Flight of the Conchords the biggest NZ live act ever? Gareth Shute investigates.

So this is a feature that I haven’t been able to get out of my head for the last few days. Fair warning, this article is extremely grim.

It’s from The Atlantic, and is titled, ‘The next plague is coming. Is America ready?’ Many of the conclusions would apply equally strongly to New Zealand. That’s partly because of the globalised networks of travel and trade that now exist, meaning pathogens and viruses can spread rapidly around the globe. It is, to say the least, concerning. Here’s an excerpt, from when the author visited the site of an ebola outbreak in Congo in 1995.

“In one room, mosquito nets are suspended hammocklike over 16 closely packed beds, on which mothers care for young children and newborn babies. This is a place of new life. But in 1995, it was the infamous “death ward,” where Ebola patients were treated. Exhausted doctors struggled to control the outbreak; outside the hospital, the military established a perimeter to turn back fleeing patients. The dead were laid in a row on the pavement.”

There’s a bunch of ice hockey on in New Zealand this weekend. If you’re anything like me, you’ll probably know extremely little about this sport, over and above that the players like to have fights. Fortunately, Stuff has a useful explainer that breaks it down for people like me – point number 1 is “ice hockey is played on ice.”

Australia are still alive in their group, after getting a draw against Denmark. But they will need to beat Peru, and have Denmark lose to France in their final match, to have any chance of going to the next round. Peru, the team that knocked New Zealand out in qualification, are out, after losing to France overnight.

Also, hey, what are you up to tonight around 9.45? I’ll tell you what you should be doing – watching the first ever episode of Spinoff TV on Three. It’s going to be really really cool, so tune in.