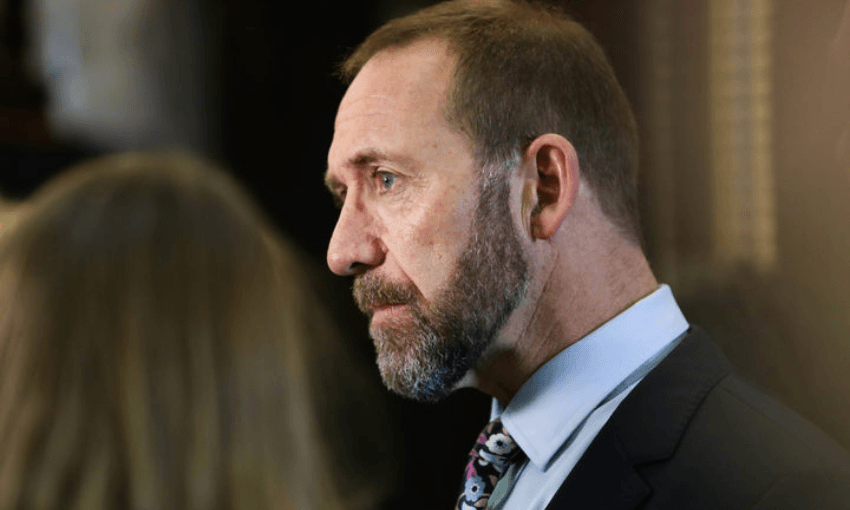 The Bulletin: Summing up the Justice Summit

Good morning, and welcome to The Bulletin. In today’s edition: Two day justice summit wraps up, Winston Peters gets up to mischief in Australia, and voting in the Howick by-election gets underway.

A two day summit on justice, crime and rehabilitation has concluded in Porirua. Senior ministers heard a range of views about what was wrong with the justice system, how it needed to be fixed, and in the words of minister Andrew Little, “get the conversation going,” reports Newsroom. Mr Little has big plans to reform the justice sector, including a major softening of bail laws to cut the number of people on remand, and wider sentencing changes. A few months ago he outlined the areas he would look at in an interview with Newshub Nation.

The summit was criticised by those who think it didn’t into account the views of victims enough. That criticism came in part from the National Party, who attended the summit, but didn’t seem to get all that much out of it. It was also criticised by the mother of a girl who was murdered, who said she was re-victimised by her experience at the summit, reports Stuff.

When criticisms like those are made, the question needs to be asked: Can the government rely on broad public support for liberal reforms in the justice sector? Can they even rely on the support of every party in the coalition, after NZ First shot down changes to the three strikes law?

There was also a piece of analysis from Guyon Espiner, who noted that the goals of cutting prisoner numbers is difficult to square with the simultaneous rise in police numbers – announced by the government earlier this week. That, says Espiner, is a direct conclusion from the briefing to the incoming minister when Andrew Little took the job. Newshub reported that Andrew Little stressed that more police will mean better crime prevention – a contested point of view, to say the least.

But if nothing were to change, prisoner numbers would simply keep rising anyway, with all of the economic and social costs that would accompany that. A salient point was reported on earlier this week on Radio NZ: JustSpeak spokesperson Tania Sawicki-Mead said “we have talked about this for decades, and we still haven’t made the changes that we know are necessary.” The success of this summit will be judged by whether or not anything real comes from it.

Foreign minister Winston Peters has enjoyed some diplomatic shenanigans in Australia, reports Newshub, foiling an attempt by his counterpart Julie Bishop to end a press conference when a tricky question comes up. They’ve got a video, in which the weirdness starts about a minute in. Incidentally, as of this morning, Malcolm Turnbull is still the Prime Minister of Australia, though by the time you read this that may have changed. Peter Dutton’s allies have reportedly launched another bid for a leadership vote, expected to be held some time today.

Voting in the Howick ward by-election is underway, and new Stuff hire Todd Niall has a great account of the first debate. Only half the candidates even turned up, with one absentee not even in the country, let alone Auckland. Papers are in the mail for about 100,000 eligible voters, with voting closing at noon on the 13th of September. More details of the logistics around the by-election can be found on the Howick-Pakuranga Times.

The National party is urging the government to open itself to what is being termed a broader range of funding options, but has stopped short of calling for asset sales, reports Interest. The call comes in the wake of a report that paints a positive picture of the partial privatisation of power companies. The government could do with some cash right now too, as they are rubbing up against the constraints of their self-imposed budget responsibility rules.

Hundreds of thousands of New Zealanders could be forced out of cities in search of affordable homes, reports the NZ Herald on their front page this morning. The call comes from Community Housing Aotearoa’s chief executive Scott Figenshow, and is based on a report that shows a housing crisis has been building for the “missing middle,” a group that includes essential workers like teachers, nurses, cops and cleaners.

And speaking of housing, this is another big, meaty interactive from Stuff, telling the stories of some of Auckland’s homeless. People are now sleeping rough in every part of the city, but their experiences aren’t all the same, and this feature does a great job of expressing that.

Moves are underway to crack down on ‘cowboy clampers’, reports Radio NZ. While the practice won’t be banned outright, fees to remove a clamp will be capped at $100. There was probably only one benefit that clamping ever brought to the world, and that was this David Farrier piece about clamping at Bashford Antiques.

Journalist and broadcaster Greg Boyed has died at the age of 48, while on holiday in Switzerland. His employer, One News, compiled this tribute to Boyed’s impressive and varied career. Colleagues and friends from across the world of media have expressed their shock, grief, and condolences for his family.

Right now on The Spinoff: Hayden Donnell investigates why news organisation live streams are now being bombarded with Ban 1080 messages. Geoff Simmons hits out at what he calls the demonisation of the reborn TOP Party, which he now leads. Jihee Junn casts her eye over some new aerial representations of Auckland’s housing boom. And this documentary from Ethan Donnell is a really confronting look at a hidden side of the housing crisis – how mould is hurting and killing people.

Here’s an interesting piece about the portrayal of female journalists in film and TV, and how wildly off the mark it is, from The Atlantic. It’s largely focused on media made in the USA, but I’d say some of the perceptions probably carry over in New Zealand too – unfairly, at that. Here’s an excerpt:

“Jokes aside, fictional tropes can have real-world consequences. In her New York story, Cogan pointed out that the trend of portraying women reporters as poisonous and promiscuous was creating a toxic environment for real journalists, whose professional overtures to sources were frequently mistaken for personal ones. And even though shows such as Sharp Objects aren’t intended to offer a serious critique of journalists and their methods—in Camille’s case, it’s to show how thoroughly she sabotages herself at every turn—these portrayals matter, especially in an environment where Americans trust journalists and their methods less than ever.

In her 2016 book, Lonsdale writes that there’s something uniquely damaging about portraying women journalists as being willing to trade sex for stories. On the one hand, it undermines their profession further in the public eye. On the other, it further isolates them from their male counterparts, and underlines the suspicion that they’ve earned their positions illegitimately. And in light of the past year’s revelations about powerful men in journalism using their positions to inappropriately proposition women both at work and outside the office—something The Fourth Estate tackles in detail when a Times reporter is implicated—sexualized portrayals of women reporters seem even more insidious now than before.”

864 test caps worth of international hockey experience has lined up in support of embattled Black Sticks coach Mark Hager, reports Stuff. Seven former players have signed a letter arguing against allegations of a “negative environment,” or that Hager is a bully. It’s an interesting development in a saga that has embroiled the national team, prompting an independent review.

Former Black Caps allrounder Grant Elliott has retired from all forms of cricket. The South African born globetrotter spent many years grinding away in Wellington, intermittently being called up for the Black Caps. But when he did make the top team, he was capable of outrageous things, including that outrageous six to kill of the 2015 World Cup semifinal, against South Africa themselves. Also, true story: he was probably the most famous person I ever delivered a pizza to.