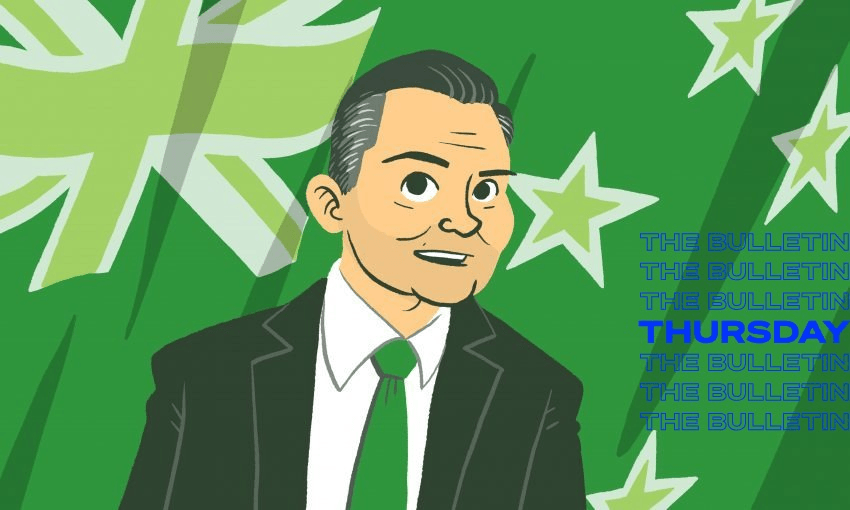 James Shaw on the road to Glasgow

The climate change minister says for all his irritations at the pace of change in government, momentum is growing to finally start emission cuts, Justin Giovannetti writes in The Bulletin.

The road to COP26. James Shaw is booked to fly to Glasgow at the end of next month for a United Nations climate conference where the world is poised to recommit to ambitious plans to stop the growth of greenhouse gases this decade. While New Zealand won’t have an emissions reductions plan ready, the climate change minister told The Bulletin that he’ll have a bolder target to reduce emissions than the one committed to in Paris in 2015 and a rough outline of how the country will make it happen.

New Zealand’s independent Climate Change Commission reported back earlier this year that the country’s emissions reductions target in the Paris Agreement isn’t consistent with its pledge to keep warming at 1.5°C above pre-industrial levels. “We’re intending to increase ours, but we haven’t made the decision about what we will increase it to,” Shaw told me last night. Cabinet should approve a new figure within the next few weeks.

A quick primer on the Glasgow climate summit. Countries are being asked to show up in Scotland with ambitious emissions reductions targets for 2030 and plans to get to net zero emissions by 2050. Six years ago, most countries agreed to this in the Paris Agreement. Glasgow is where the plans start to firm up. One of the key goals of the summit is to turn lofty but ambitious statements from Paris into real goals. According to Shaw, there’s been a “war” behind the scenes since 2015 on getting to something firm, which balances short-term economic interests with, well, the long-term survival of humanity.

There’s frustration as Shaw describes New Zealand’s progress. Frankly, nothing will be easy in Glasgow, he said. “It is an incredible uphill battle.” The country will have a comparatively small team there, made up of Shaw and 14 diplomats and support staff. There will be multiple meetings running at once, so New Zealand won’t be at the table for all of them. “We know that we’ll be losing in a number of forums, but you need to focus on your highest priorities,” he said. The reality is that New Zealand’s climate record hasn’t been great. The clean, green image won’t cut it at a conference where everyone has the latest statistics on hand.

“This is the price of the inaction of successive governments over the last 30 years. If you track back to the late 1980s and early 1990s, there was a window of opportunity where we could have arrested emissions growth to 1990s levels. In fact, our very first climate change target, which was set in 1990, was a 20% reduction from 1990 levels by the year 2000. Instead, over the course of the last 30 years our emissions are up dramatically on that,” said the Green co-leader.

“Instead of having this very gentle, gradual decline in emissions over a long time period, we now face a very steep reduction in quite a short period of time. The economic consequences of that are hard to manage,” he said.

Is the foot dragging all in the past? A transport budget last month shovelled cash into new roads and highways. Electricity generation is relying on more coal than it has in decades and the government hasn’t come forward with any green new deal. Even his own emissions reduction plan is now delayed for five months, requiring a rewrite of the law—“I’m not delighted by that,” he said.

The headlines, I point out to Shaw, aren’t indicating an end to inaction.“Yeah, I have quite a lot of frustration at the pace of change and how long it takes for government to do anything,” he said.

“To use the perhaps appropriate metaphor of the oil tanker turning, it takes a long time to turn, but once it turns it brings that momentum with it. My sense of it now is that momentum is really starting to build. Our first term of government was very much around the legislative framework and that was a bloody devil to get through. This term is to make it happen in reality,” Shaw added.

The case for optimism. We’re at a moment where momentum is building and private industry is really pushing ahead, said Shaw. The frustration he sometimes feels is matched by that optimism. Within the next few years, emissions will need to start falling rapidly and the economy will keep on growing. That’s already happened in the UK. Once that happens here, the transition could happen faster and cheaper than most people expect.

The draft plan outlines three areas of change which could be transformative for recyclers but will it do the same for the planet?
By Anna Rawhiti-Connell
Bulletin editor