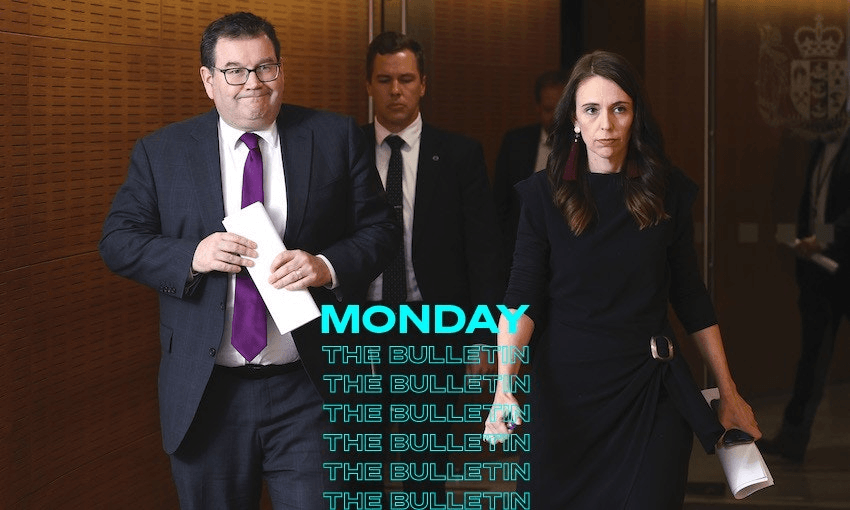 Omicron has arrived – here’s what’s next

All of New Zealand moves into red restrictions as the country braces for the most transmissible variant’s impact.

Yesterday a hastily arranged press conference in the Beehive theatrette saw Jacinda Ardern announce that omicron is circulating in the community, with 10 cases related to a single Motueka household, plus two other connected cases, enough to move all of New Zealand into red under the government’s Covid-19 Protection Framework as of 11.59pm yesterday.

The moment felt like it had been building for weeks, with cases at the border frequently outnumbering those in the community, and multiple minor incursions leading to a sense that omicron’s arrival was inevitable. The message from Ardern was subtly but tellingly different to prior announcements – where once we were looking to “stop the spread”, yesterday’s line was “slow the spread”, a recognition that the immense transmissibility of omicron means that there is no realistic path to holding it back once it emerges.

The variant appears to produce less severe illness than delta, particularly in those vaccinated and boosted, which means concern about spread has to be modulated with the willingness of the population to undergo more stringent restrictions. None of this should make us relaxed about what this outbreak means – as Siouxsie Wiles writes for The Spinoff this morning “around the world, these rapid rises in omicron cases have been followed by rapid rises in hospitalisations and deaths.”

While there are just 11 official omicron cases at this stage, plus a 12th suspected, the South Island cases have returned from an Auckland trip that featured a number of events with potential for mass transmission (check locations of interest here), most notably a wedding. These have been associated with major outbreaks throughout the pandemic, but are also now much harder to hold as we switch to red, with Ardern admitting from the lectern that her own impending ceremony will be delayed. That’s but one of thousands of events impacted, with music festival Splore among the first to announce its cancellation for 2022. The broader economic impact will take a different form to prior outbreaks for a variety of reasons:

Because there is no lockdown planned, government support for business is far more contained, with limited payments to cover those who are sick or isolating announced by finance minister Grant Robertson. Business NZ’s Kirk Hope told the NZ Herald’s Chris Keall that “when omicron and the ‘big sick’ hits, we’re going to find ourselves in the midst of a supply chain crisis. With the infectious nature of the variant, many people will need to take time away from their jobs to isolate and recover.”

The business sector critique of the government’s plan was echoed by National and Act, which said the plan saw the government applying a delta approach to a very different virus. National leader Chris Luxon emphasised the lack of supply and availability of rapid antigen tests, which have been critical to understanding the scale of transmission overseas. “Until recently, rapid antigen tests were illegal and they are still extremely hard to come by now,” he told a press conference in Nelson. “New Zealand companies are waiting weeks for permission to import them while in other countries like Australia, you can walk into the supermarket and buy one off the shelf.”

This was in response to what Ardern has characterised as the “three stages” approach the government is planning under omicron. The first begins now, and essentially mirrors the approach under delta, with PCR testing and the maintenance of the prior approach to contact tracing and home isolation. The second, which begins when caseloads surpass 1,000 per day – nearly five times the previous peak  – will see a pivot to a greater focus on those with potential for serious illness. The third will see major changes of emphasis around testing and isolation, a recognition of the fact that as infections crest there are likely to be major impacts on the availability of essential workers and the potential for significant disruption to supply chains.

The prime minister signalled that further detail about these stages will arrive on Wednesday, by which time Aotearoa will have a far better sense of how far omicron has spread. The next few weeks will be among the most trying of the pandemic, but they also carry with them a sense that we could be moving into its final stage. Experience in other countries shows that the infections rise incredibly swiftly, but tend to peak around six to eight weeks after omicron’s spread is detected. For New Zealanders overseas, or those who have friends and whānau desperate to return, omicron’s arrival will likely prove the end of the MIQ system as we know it, as Chris Hipkins acknowledged prior to the announcement.

New Zealand has several advantages, including the virus arriving in high summer, when people are more likely to interact outdoors, and a high vaccination rate. Still, the health system is bracing itself for the most challenging period of the pandemic, as Justin Latif reported for The Spinoff. To minimise the impact, we all need to heed the prime minister’s most forceful message: “get boosted” – the single most important action individuals can take to protect their communities against omicron.