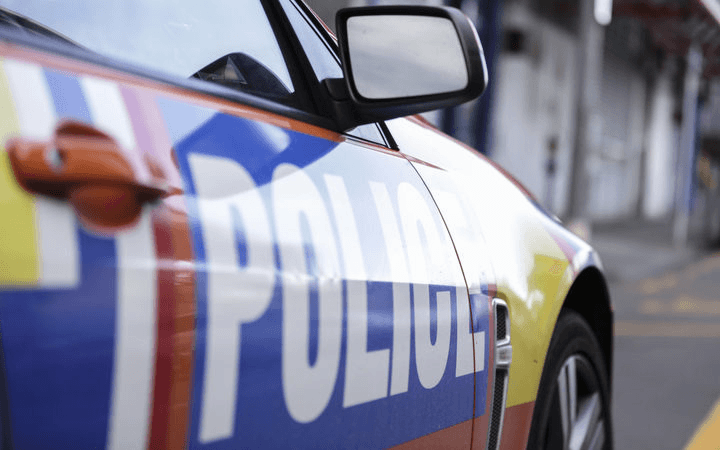 The Bulletin: Gang violence decreasing, but why?

Good morning, and welcome to The Bulletin. In today’s edition: Gang violence decreasing across the country, government ends public servant cap, and the country’s largest private education provider could be about to sell up.

Gang violence is decreasing across the country, in some areas dramatically, according to new figures released to Newshub. Incidents of gang related violence are down 10% in the last four years, and is only increasing seriously in the Central North Island police district. In some areas, like Northland, the decrease in incidents has been 20% or more.

Why are incidents of gang violence going down? It’s likely to be something that a lot of people will take the credit for, and all sorts of different reasons, being an objectively positive social phenomenon. The previous government launched so-called gang crackdowns all the time – here’s stories from 2011, 2014, and 2017. Coincidentally, all of those were election years, though in fairness there was also one in 2016.

So the crackdowns must be working then? Well, perhaps not – gang crackdowns might even make the problem worse by further marginalising gang members (and crucially, their families) from society. One of the points made in this Radio NZ report is that gangs aren’t necessarily criminals, and criminals aren’t necessarily in gangs. For the police to focus resources in on the gangs specifically ended up stigmatising the people in them, as being unable to be part of society. Groups like the Tribal Huk gang, who provide informal social services like making bulk sandwiches for hungry kids, would even argue that gangs can be a positive social force.

But the government still wants the police to seize up to $500 million from gangs over the next couple of years, reports Stuff, a continuation of a policy introduced by the previous government. As well as that, a big chunk of the new police recruits minister Stuart Nash is promising will allow the police to put more officers into fighting organised crime. Nash is Labour’s leading exponent of the “smash gangs” philosophy.

The government has moved to end a cap on the number of public servants, after an absolute blowout in the budget for contractors, reports Stuff. The government spent $550 million on consultants in 2017, a ridiculous increase on the $278 million spent in 2009 when the policy was introduced. National, who introduced the cap, are warning that if it is removed, the public service headcount will grow again, without any improvement to service delivery. But the Public Service Association are delighted the cap will be removed, saying it highlighted a “dismissive attitude” towards the public sector.

Meanwhile it turns out one ministry – MBIE – under-reported their actual spending on contractors by tens of millions of dollars. Radio NZ reports that they told a select committee their spend on contractors was $39 million in 2015-16, but as it turns out, it was more like $77 million.

The owners of New Zealand’s largest private education provider could be on the verge of cashing out, reports Newsroom. Pacific Equity Partners, who own the ACG schools around Auckland, are undertaking what looks to be a “pump and dump” strategy, by which they make the schools look like a more attractive investment for new buyers. Parents are reportedly fearing the worst, and say the quality of the education their kids are getting has been diminishing.

This video from The Hui is a really grim but important watch. They’ve spoken to tenants who were kicked out of their Housing NZ properties over failed meth tests, and how it affected their lives. It puts human faces on the scandal over tests that were far too harsh, and had terrible consequences for people who were innocent of any wrongdoing. And the descriptions of how the tests themselves were ordered and administrated are a story of bureaucratic brutality.

Taranaki’s economy is facing a serious squeeze after the worst summer drought in 40 years, reports the Taranaki Daily News on their front page today. An ASB survey shows the survey is the worst performing in consumer confidence in the March quarter. However, the region still has New Zealand’s highest GDP per capita.

Fletchers has laid off 90 workers as part of their recently announced restructuring, reports the NZ Herald. The troubled construction firm is looking for about $30 million in spending cuts, and say most of the laid off staff are from head office.

Westpac Stadium in Wellington have had their first ever event cancellation – an exhibition Ice Hockey game that was blown badly off course. Stuff reports that there were three attempts over the weekend to play the match. The first two, on Saturday, were cancelled because of issues with a burst pipe. Then the hastily rescheduled Sunday match was cancelled because the rink’s fence blew over in the Wellington wind.

PM Jacinda Ardern and Clarke Gayford have named their daughter Neve Te Aroha Ardern Gayford. The PM said Te Aroha had a dual significance, both as a recognition of the gifts of names offered by iwi, and also as a nod to Ardern’s maunga growing up, reports Stuff.

Right now on The Spinoff: Christine L Ammunson writes about the bravery of speaking out about surviving abuse in state care.

“I quietly told my colleagues that they needed to know I’d been in care before just so that was out in the open. I was angry at myself because as much as I tried to remain professional, I couldn’t stop my voice from trembling or tears welling up in my eyes.”

We put out a TV show over the weekend! Here’s two highlights: Leonie Hayden considers the evidence for the suggestion that Sir Bob Jones is racist, and gives her opinion. And Hayden Donnell considers Auckland’s housing crisis, and the Council’s decision on Chamberlain Park, and says the best way forward from here is to ban all golf.

And, I wrote about one of my favourite misunderstood forms of art, practiced by content creators in newsrooms across the country. This is my love letter to clickbait makers everywhere.

Should the Parliamentary term be extended beyond three years? That’s a suggestion outgoing chief science advisor Sir Peter Gluckman has made to the NBR, as a way to improve the long term thinking around policy. He’s been in the job since 2009, so has been something of a permanent fixture relative to politicians who come and go at the whims of voters. So does he have a point?

We’ve actually been here before. In 1990 a referendum was held on the issue, as to whether Parliamentary terms should be extended to four years. And the result was stark – absolutely not, said the voters. Only 30% of voters were in favour. Of course, that vote came just after two terms of dramatic, radical change – the Rogernomics years – and the Labour Party who had pushed those policies through were about to get hurled out of office by an electorate that had felt betrayed. It may be that there was no appetite to give politicians seemingly more power in between each chance to throw them out.

So what are the arguments in favour? This NZ Herald editorial from another time the issue has come up – 2011 – was in favour of taking another look. The editorial argues that 4 years is “a more realistic timeframe for implementing policies.” In other words, governments would be able to do a lot more governing.

But that idea was dismissed by Graeme Edgeler on Public Address when the issue next came up two years later, after John Key floated the possibility. He argued that all of the arguments for change were merely theoretical, and there wasn’t really any evidence that any of the better governance would actually come to fruition.

So, what do you reckon? I’d love to know – email me at thebulletin@thespinoff.co.nz with your views, and I’ll write them up and publish them later in the week.

Eliza McCartney has beaten her own national pole-vaulting record, reports One News. She cleared 4.95 over the weekend, now just a short way off the world record of 5.06.

Also, this story is really cool. It’s from Radio NZ, and is a video package about the NZ Women’s Kabaddi team, and their preparations for an international tournament. It’s a fantastic sport, and I have a suspicion New Zealand could be very very good at it if we gave it a real go.

England may actually be the real deal this time around. They’ve now won two from two to book their place in the next round, including a 6-1 destruction of Panama this morning. Belgium are also through from that group, and the match between the two will be a fascinating glimpse into where both teams are really at, given on a good day they’re both potential trophy winners.

Meanwhile Germany look more likely to survive after bagging a win against Sweden, in an incredible thriller of a match. It happened yesterday, but if you haven’t watched the highlights yet, have a look here on Youtube.