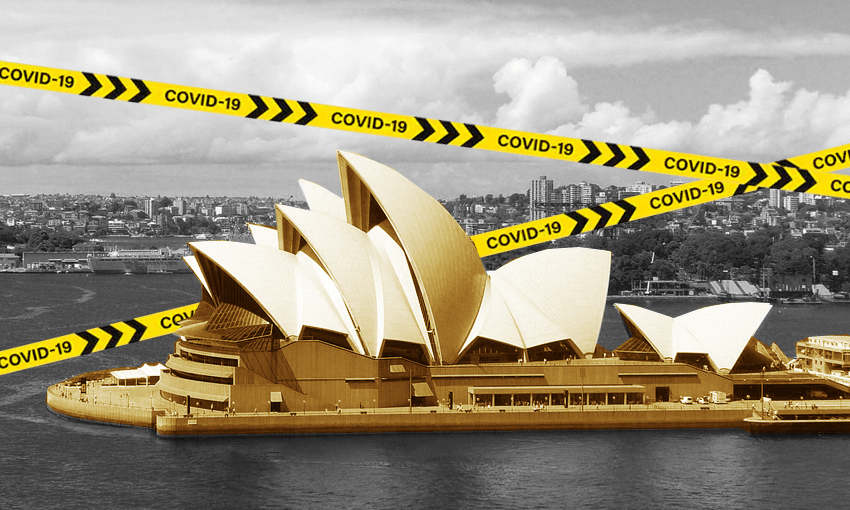 The elimination strategy is finished across the Tasman, Justin Giovannetti writes in The Bulletin.

There are over 11,000 active cases of Covid-19 in New South Wales and a large part of the Australian population is under lockdown, but prime minister Scott Morrison has said the days of elimination are over. He pointed yesterday to New Zealand’s return to level four as a sign that the strategy can’t work, 9 News reported. “We can’t stay in the cave,” said Morrison, referencing the 2013 children’s movie The Croods. The prime minister wants states to reopen once vaccination levels are high enough, while some premiers are still aiming to get rid of the virus first.

What’s Australia’s new plan? Before the Sydney outbreak, Australia’s leaders had agreed on a roadmap out of the pandemic that coupled suppressing the virus with vaccination targets, according to The Guardian. There’s now a concern among premiers that the country has changed direction after Morrison used new modelling from the Doherty Institute to justify a call for relaxing restrictions. The institute predicted that with 70% vaccine coverage of adults, the country could face 385,000 cases and 1457 deaths over six months. However, under “optimal public health measures” with rapid testing, tracing and isolating of cases, the tally would be reduced to 2737 infections and 13 deaths

The effective end of the trans-Tasman bubble. On Monday, prime minister Jacinda Ardern said quarantine-free travel would not resume while the virus was circulating in Australia. Morrison’s call to reopen and his view that New Zealand is now the poster child of pandemic response failure indicates that the bubble won’t be coming back anytime soon, if ever. New Zealanders stuck across the Tasman will need to queue up for a spot at managed isolation to get home. Unfortunately, new bookings are now paused for border facilities and as Stuff reports, someone managing a government Twitter feed thought that closing off MIQ was the perfect time to make a joke.

The state of Australia’s lockdown. Some readers of our Bulletin newsletter (subscribe below) have pointed out in recent days that the greater Sydney area’s lockdown and New Zealand’s level four lockdown are very different animals and should not be compared. According to Stuff, the New South Wales situation is closer to a New Zealand level three. For starters, restrictions are only tougher in certain neighbourhoods, very technically called local government areas. In those LGAs where the virus is circulating, outdoor exercise is limited to one hour a day and there’s a curfew from 9pm to 5am, according to ABC.  In other areas of the city, people can go to work if they’re unable to work from home, restaurants and cafes are open for takeaway, and garden centres and timber yards remain open for tradies.

What comes next for New Zealand’s closest neighbour? Looking from afar it’s a confusing situation. The premier of NSW has said she’ll begin to relax restrictions from next month, while News.com.au reports the state’s chief medical officer is warning that mask use might be around for years and divine intervention (“God help us”) may be necessary to beat off another variant. State premiers are trading barbs with each other, along with the prime minister. The Sydney Morning Herald sums up the situation with a look at what it means to “live with the virus.” In short: a quarter of the country is vaccinated and relatively safe while the other three quarters might as well be living in the 17th century.