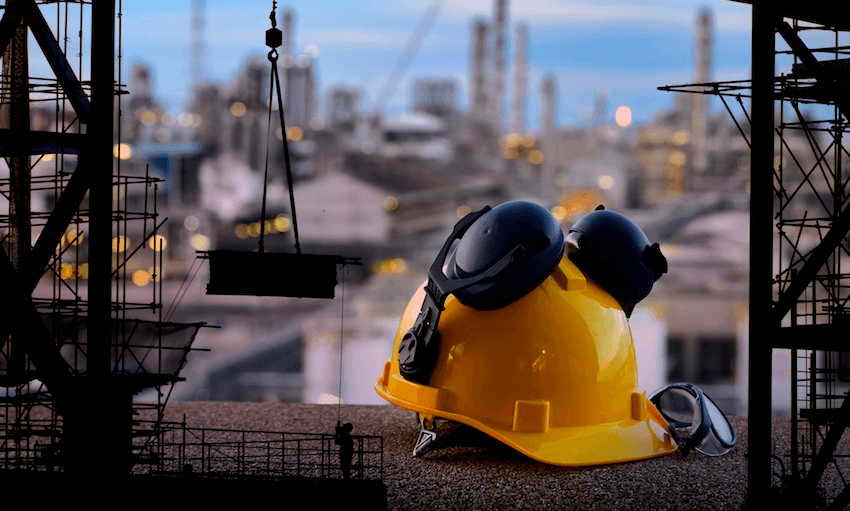 The Bulletin: Who will swing the hammer for Kiwibuild?

Good morning, and welcome to The Bulletin. In today’s edition: Government moves to address construction worker shortage, data on regressiveness of fuel tax released, and Sir John Key pops up as a lobbyist.

It’s been a big 24 hours of news about the logistics of the Kiwibuild programme, in which the government intends to build 100,000 houses over ten years. One of the major sticking points that has been pointed out is that such a target can’t be reached while there is a labour shortage in construction. The government has made a major move to address that.

Not everyone is so positive about the likely outcomes of it, however. Building Industry Federation president Bruce Kohn told Newstalk ZB is generally pleased with the policy, but is also raising concerns that New Zealand won’t actually be able to recruit the 30,000 workers needed because of high competition for construction skills around the world.

Meanwhile details have accidentally been revealed about costs for the government’s planned ‘dole for apprenticeships’ scheme, and Newshub reports that they’re far higher than originally signalled. The policy, which would subsidise employers if they take on and train up someone young and unemployed, was originally meant to cost around $13 million a year. It turns out it’ll actually cost about four times as much.

I’ll quote a Radio NZ article here for how that information was revealed, because it’s quite funny:

“The hidden details also showed the scheme would be fully in place as soon as 2019/2020 provided funding could be secured in next year’s Budget.

When asked about the fact the redacted details were available, Mr Lees Galloway replied “oh, that’s less than ideal.”

And speaking of apprenticeships, Newsroom reports that the government has abandoned a pre-election policy that would have forced construction firms to train one apprentice for every migrant worker they employ. But Lees-Galloway says there will be aspects of the procurement programme for Kiwibuild accreditation that will require apprentices to be taken on.

So to answer the question at the start of this – who will actually build the Kiwibuild houses? It seems like the government’s answer is to cast the net as wide as they possibly can to address the skills shortage. Kiwibuild is arguably what their performance will ultimately be measured against – housing was the biggest issue Labour campaigned on, and failure here will not be well received.

The government has released data which they say shows the fuel tax won’t actually be regressive after all, reports the NZ Herald. The strongest criticism of increased, flat fuel taxes generally has come from the likes of Auckland councillor Efeso Collins, who represents Manukau, and says such taxes will hit people in his community hardest. The government’s data shows that actually people on the lowest income will end up paying the least extra tax, because they already buy the lowest amount of fuel, and therefore the tax isn’t regressive. Would that not indicate that people on the lowest incomes have the least ability to pay more?

So a prominent person lobbied the government over an exemption for a luxury Northland development, including a golf course, from the upcoming foreign buyers ban. That person’s identity had been secret, but it turns out it was former PM Sir John Key. Stuff reports that Shane Jones released it well ahead of schedule, after a journalist asked who had lobbied him over the deal under the official information act. Sir John Key declined to comment.

Accountants really know how to make trouble if they want to. Angry at problems with IRD’s online systems, Stuff reports that accountants are now threatening to file GST on paper rather than electronically. It’s only affecting GST returns, rather than other types of tax, and IRD says they believe the problems have now been resolved. Having said that, they claimed it had been resolved once, and then the NBR almost immediately found someone who disagreed with that assessment.

It turns out fewer people were eligible for the ‘fees free’ tertiary education policy than first thought, reports the NZ Herald. The education minister says that’s because the costings estimates were made at the upper limit of what they could end up being. Enrolments numbers barely moved this year with the introduction of the fees free policy, but they have also been dropping since 2010, and the policy may have had an effect on the decline stabilising.

An interesting counterpoint to the policy, and one that relates to the top of this email – the Industry Training Federation says there has been an increase in the number of apprentices in trades, reports Radio NZ. The ITF says labour shortages make it an attractive option for young people choosing what they want to do after finishing school.

Parliament this week has been… robust, shall we say, with Winston Peters as the acting Prime Minister. This column in the NZ Herald by Claire Trevett is a good outline of why exactly there seems to be so much animosity between Mr Peters and National’s leader Simon Bridges. Trevett goes through their similarities, stark differences, and history, including the not insignificant fact that Simon Bridges defenestrated Peters as the MP for Tauranga.

Consumer affairs minister Kris Faafoi is moving to crack down on predatory lenders, reports Stuff. Laws will be introduced to cap the amount of interest that can be made on loans, to prevent unmanageable debt and hardship.

Gavin Benney, Whangārei District Councillor and former police officer, is clearly a tough fellow. But he’s quitting rugby refereeing because he’s become so fed up with the abuse he’s getting on the field, reports the Northern Advocate. The incident is one of a growing number, of refs who simply don’t want the grief that comes with club and community sport.

Right now on The Spinoff: The one and only Morgan Godfery sat down with Andrew Little to talk Treaty settlements and engagement with Māori. Vic Crone writes about a hidden away innovation hub that has become a billion dollar venture. And because I like pointless diversions, I wrote about whether a cricket team made up of South African born New Zealanders could beat the Black Caps.

Right, so I’m going to make a clarification and apology as to how the lead story of yesterday’s Bulletin was presented. It was about an ASB survey of the housing market, and I wrote it up saying that the proportion of foreign buyers was far higher than had previously been thought. There were a fair few people angry about how I had framed it, and fair enough too. For email readers, yesterday morning I included this additional paragraph to the web version:

“How was the figure arrived at? As per the ASB economic note,  in the March 2018 quarter, just 3.0% of total property transfers were to non-residents, and a further 7.4% of purchases were made by non-New Zealand citizens. Corporate entities accounted for a further 10% of purchases. Their conclusion was that “anywhere from 11% to 21% of reported purchases involved a non-NZ citizen.”

The main thing I need to apologise for is not closely examining the categories listed there before hitting publish on the email. It’s unfair to characterise non-citizen permanent residents as foreign buyers. Immigration and home ownership are fraught subjects, and being clumsy with information around it can have serious real world consequences. So I apologise for that.

I overcooked the conclusions that could be drawn from the data. Is it true that the number of foreign buyers is likely higher than 3%? Technically, yes. But is that good enough? Not really, no. I know people read this because they want to be informed about what’s going on in the news, so this correction needed to be made.

Finally, the whole episode was a good reminder of the value of checking Statschat for their data analysis, and I reckon I’ll be heading there more frequently from now on.

The issue of gendered prize money is blowing up in the sport of surfing. HuffPost South Africa reports that after a junior tournament in KwaZulu-Natal, the male winner got a prize of 8000 Rand. The female winner won… 4000. It was not well received, and it’s not the first time such a disparity has occured either – here’s a story from earlier in the year from Tracks about women calling for fair pay. After all, they’re all surfing the same waves.

Wow wow wow there were some shocks to wake up to this morning. First of all, Sweden thrashed Mexico 3-0, who have looked pretty good so far at the tournament. But both will still be qualifying because South Korea beat Germany! The Germans absolutely squandered some very good scoring opportunities throughout, but Korea was clinical when it mattered. So the defending champions will now be getting on a plane back home.