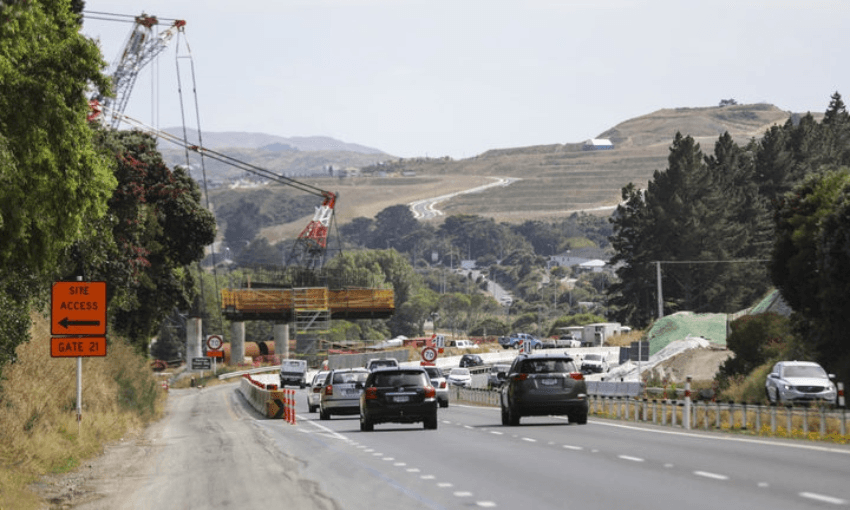 Good morning, and welcome to The Bulletin. In today’s edition: Announcements expected on infrastructure projects, Kiwis trapped in Wuhan speak out, and speaker Trevor Mallard being sued.

Major announcements will be made on infrastructure spending today. It’s part of a $12 billion package announced last year, but with the details kept under wraps until now. However, what is likely, according to the NZ Herald’s Liam Dann, is that a lot of pre-consented Roads of National Significance (remember them?) will be given the green light to proceed. A major aim of it all is to get some more movement going in a slowing economy, so the projects that do get announced are likely to be what is often described as ‘shovel-ready’ – that is, they can start right now, as opposed to a project like light rail in Auckland, which has spent the last several years seemingly getting further away from actually happening.

There will be other projects apart from roads announced, likely around rail. Another area to watch though will be if any projects around water infrastructure get announced. Around the country, a lot of towns and cities have old and decrepit pipes, and it’s starting to cause problems – see for example the sewage debacle that hit Wellington this summer. Stuff’s Lois Williams had a really interesting story about Reefton the other day, and it’s an example of what many places are facing – old infrastructure under heavy pressure from high use, but in places with a small ratepayer base to pay for it all to be improved. All will be revealed at around 11.00am this morning.

A brief message from Duncan Greive, managing editor at The Spinoff

“Like most media companies, we’re operating in a deeply challenging market. Google and Facebook own digital advertising in New Zealand, and while we are blessed with some great commercial partners, we rely on our readers to help fund our journalism. So if you love The Spinoff, and want to support it, please join The Spinoff Members. You can pay what you like, but for just $8 a month you’ll also get a FREE Spinoff tea towel, designed by Toby Morris. Every member makes a huge difference to our scope and viability. Thanks for your time, and support.”

The plight of New Zealanders under lockdown in Wuhan is drawing serious concern. One man spoke to Newstalk ZB last night about his family’s situation – they were starting to run out of food, and were worried that they weren’t going to be able to arrange private transportation out of the city. They also questioned why NZ consular officials weren’t really able to provide much support, at a time when evacuations have been arranged for US citizens.

On the virus, there have been many questions about just how contagious it is. Epidemiology expert C Raina MacIntyre has put together a guide on what we know so far. It’s very clear and doesn’t make assumptions or get alarmist about what we don’t know.

Meanwhile, rumours of a coronavirus case in a Queenstown hotel yesterday are not true. One News reports the hotel in question went public with a strong and pointed denial, saying it caused “unnecessary distress”. Speaking personally, I apologise for linking to a report yesterday that mentioned this. Even with the caveat that it was “at this stage totally unconfirmed”, it was irresponsible to include.

Speaker Trevor Mallard is being sued for defamation by a stood-down parliamentary staffer, reports Barry Soper for Newstalk ZB. It follows comments made by Mallard, claiming that there was a rapist working at parliament. The comments followed an investigation into bullying and harassment at parliament by Wellington consultant Debbie Francis being made public. Many details of the case are suppressed, and the story contains the details of what can still be reported about it.

Here’s an insightful example of where New Zealand stands on waste management and landfill levies, from Newsroom’s Farah Hancock. It starts with a whole lot of cruise ship furniture, that sort of became this country’s problem by default. But then it pulls back and looks at the wider reasons why – per capita – we’re among the biggest dumpers in the developed world, and what the government plans to do about it.

The battle over more housing density around Lake Hawea in the South Island continues. Crux has an update on it all, with the newly elected Hawea Community Association chair saying they feel run-over by Queenstown District Council, and shut out of decision making. It’s a classic example of a story that gets seen all the time – one side frames it as being pro-development vs NIMBYism, and the other says it’s about communities having a say over their own destiny.

This seems like an all-round excellent idea for erosion control. Stuff reports 50 hectares of mānuka has been planted on hillsides around Mārahau, in the Tasman District. It’s a permanent forest being planted in the remnants of a pine plantation, in an area that saw several serious slips after intense rain in 2018.

The official date of the 2020 election has been announced. It will take place on September 19, and as is increasingly the case for voters, in the two weeks of advance voting beforehand. The government picked the date early to give all parties sufficient time to prepare, along with the Electoral Commission, reports Stuff. The election for the next parliament will run alongside two referendums, on euthanasia and cannabis legalisation.

We had a few ideas for the date being thrown around the office before it was announced. For the record, Toby Manhire was right with his early-January guess. Because we couldn’t just pick the same as him, the rest of us were wrong. Toby Morris picked Halloween, Matthew McAuley thought a Labour Weekend election would be funny, Josie Adams picked August 29 as a wishful bid for the earliest possible election. I ended up on the same date, because of an ultimately over-complex and cynical calculation around the All Blacks’ schedule and regional turnout.

Right now on The Spinoff:David Farrier gets amongst an upcoming conference in Auckland with some bizarre speakers on the guest list. Anthony Metcalf writes about the crisis of live music venues for Auckland. President of the Māori Women’s Welfare League Prue Kapua has some words for Shane Jones, after his comments about Ihumātao leader Pania Newton. Scarlett Cayford has a wonderful essay about getting into the back catalogue of a book collection.

And from our partners at Z Energy:Josie Adams writes about the Graeme Dingle Foundation, and the life-changing work they do in providing mentors for kids. Over more than two decades, they’ve helped tens of thousands of people grow up, and get on a path to a better future.

For a feature today, an investigation into why armed police are becoming a more common sight on New Zealand’s streets. As this piece by Stuff’s Tom Kitchen shows, more armed deployments are taking place each year. But they’re not necessarily being used in emergencies, so much as pre-planned warrants. What I like about this piece is that it neither endorses nor condemns the tactics, but rather goes into detail about what exactly the tactics are, and that brings more information into the discussion around armed police. Here’s an excerpt:

Canterbury’s AOS commander, Inspector Bryan Buck, has seen big changes over his time in the squad. He’s been a police officer for more than 30 years, part of the AOS for 24 years and the district’s AOS commander for 10 years.

When he began as Canterbury’s AOS commander, about 80 per cent of callouts were for emergency situations and only 20 per cent were pre-planned. Now, he says that’s “flipped on its head”.

He brings that down to two things – serious events changing police risk assessments and more firearms carried by criminals. It’s a “cultural change” he says – moving from punch ups, to knife attacks and now, gunshots.

Here’s an interesting read about a booming competition getting greedy and over-stretching itself. The Big Bash T20 cricket league in Australia had some immense highs in crowd numbers and TV ratings around the middle of the decade, but then the season got extended, and now both are down. This piece in The Age covers whether the competition will be able to take a hard look at what it really wants to be, and whether it is capable of making that happen.