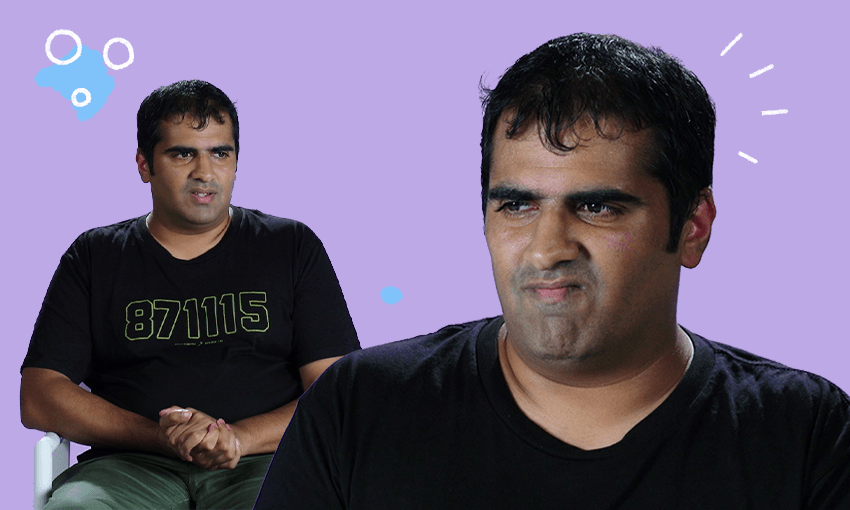 Sanjay Patel is one of Twitter’s earliest, funniest adopters

Comedian Sanjay Patel tells us about the early days of Twitter, collecting Shortland Street trading cards and more in this week’s episode of FIRST.

When Sanjay Patel created his Twitter account in December 2008 the character limit was still 140 and retweets could only be done manually. His first tweet, if he recalls correctly, was something about the weather. “It wasn’t very exciting.”

Not only did this make him one of the first New Zealanders on Twitter, he soon developed a reputation as one of the few whose tweets were actually funny. At the same time as his extremely dry jokes were being manually RTed around the emerging New Zealand Twitter community, Patel was starting to perform as a stand-up comedian IRL.

Now with a number of comedy festival shows and TV writing credits to his name, he still maintains a regular presence on Twitter, where he is still followed by Stephen Fry. “That was back when hardly anyone used Twitter so I think celebrities just followed anyone,” he shrugs. “I don’t think he’s ever read any of my stuff, so… empty follow I think.”