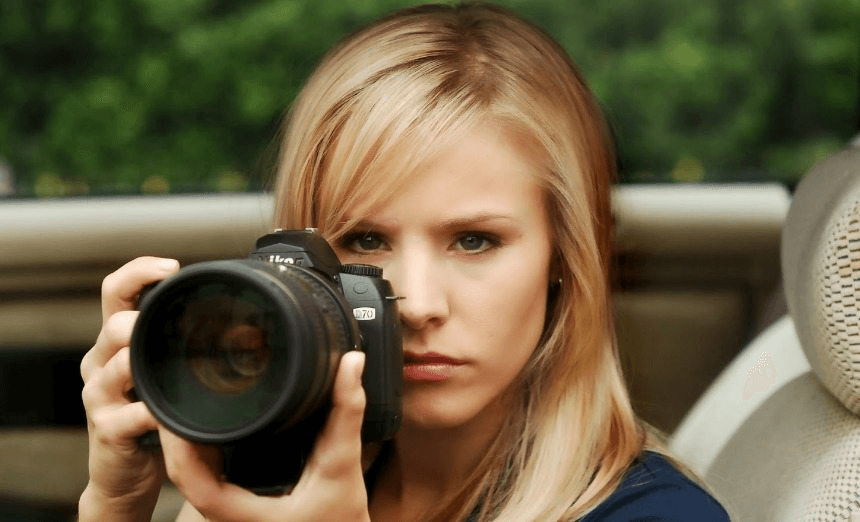 The ’00s are rightly remembered as a golden age for the hour-long teen-centric drama, thanks to The OC and Gilmore Girls. But Duncan Greive says Veronica Mars is the very best.

The kids of Neptune High dress like absolute idiots. Platinum blonde hair feathered at every extremity, tartan bootcut pants, all the earth tones on Earth and ultra-tight henleys for all. It’s a place which imagines what fashion would look like if Nickelback were the only band which had ever existed.

This constant visual distraction is essentially the only bad thing about Veronica Mars (and it’s not even bad really, mostly just funny), the ‘00s teen drama which arrives on Lightbox today. And while the likes of Gilmore Girls and Josh Schwarz’ twin masterpieces The OC and Gossip Girl have become far more frequently cited pop cultural touchstones, re-watching Veronica Mars recently made me certain that it was the true pinnacle of that magical era for teens on screens.

It’s special because it aspired to contain so many genres, and succeeded masterfully at each, while never feeling like it strained at its leash. The line on it at the time was that it was a kind of modern noir, which it is – but it also contains elements of MacGyver-style ingenious technical solutions, CSI-style single episode crime resolution, Twin Peaks-style season-arcing small community mystery, all wrapped up in a brilliantly crafted 90210-style high school soap.

It’s a lot to take in. But the load never feels heavy, thanks to showrunner Rob Thomas (the genius behind Party Down  and iZombie, amongst others) and his pacy, smart and comic writing. The title character, brilliantly played with a kind of coiled energy by Kirsten Bell, is the daughter of Keith Mars, a sheriff turned private investigator in the Southern Californian exurb of Neptune. As Veronica tells us in the first episode, it’s a town with “no middle class” – just millionaires and billionaires and the families which facilitate their lavish lifestyles. Veronica’s resolutely on the working class side of the divide, but knows what luxury feels like thanks to a relationship with Duncan Kane, son of a beloved but troubling tech billionaire.

Her fall from that perch was swift and brutal: in short order her best friend, Duncan’s sister, was murdered; her relationship broke down in the aftermath; then she was drug-raped. It’s a series of hammer blows for a high school kid and while it reads excessive for plausibility, the way all the events are folded together, and her constant low hum of processing them, makes her a fiercely likeable and relatable character.

The murder and her rape hang in the background, and as she works part time for her father and has the burgeoning detective skills to match, she slowly pulls threads that might one day solve the odd and unresolved elements of each crime. Alongside her are a diverse cast often playing against archetype: Percy Daggs III as Wallace Fennel, a nerdy, technology-obsessed black kid; Francis Capra as Eli Navarro, a young Latino biker with a strange, elliptical morality; Logan Echolls as a vicious rich kid with demons lurking.

Echolls initially goes out with Caitlin Ford (Paris Hilton), one of a number of excellent comic characters who give the show its sly, nagging humour. The peak of these is Dick Casablancas, played by Thomas-regular Ryan Hansen, a charismatic idiot surfer-jock-bro who lights up every scene and is definitely a terrible person but also utterly irresistible.

Veronica Mars ran for three brilliant seasons, each slightly worse than the one before (though all very good)*, before an utterly crushing cancellation which left the show on its savage bummer of an end note. This was borderline traumatic for its intense and probably annoying cult of fans, who eventually (myself embarrassingly included) crowd-funded a movie to staunch that ever-festering wound.

The film is just OK, but the show is a true marvel – infinitely helped as far as accessibility goes by the fact that its pilot is just perfect, up there with The OC’s for quotability and hookiness. Its combination of mystery, comedy and adolescent dramatic propulsion are truly unique, and make Veronica Mars a small marvel, one of the very best shows of the ‘00s.

* An earlier version of this story incorrectly stated that Veronica Mars got better season by season. The author has since had cause to reconsider this opinion, and research and rewatching has confirmed that he was, in fact, wrong. The Spinoff regrets this error.