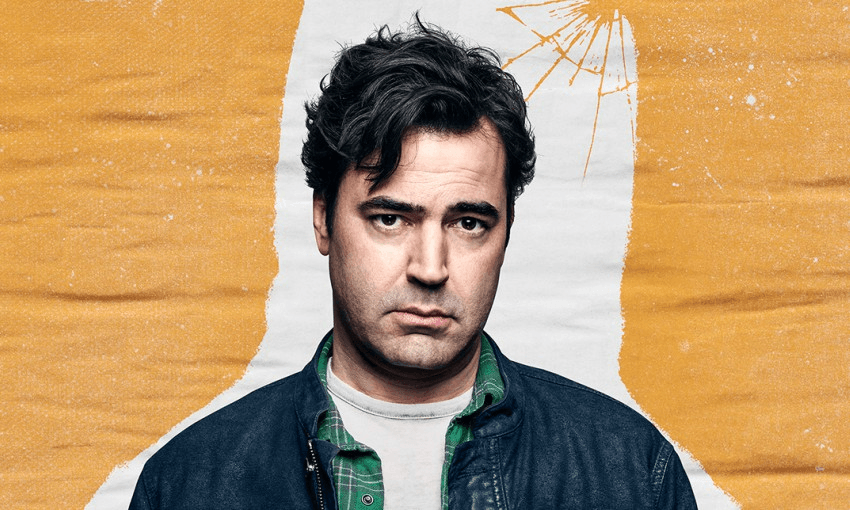 Like Curb Your Enthusiasm? Pour yourself a tall drink of Loudermilk

Alex Casey watches Loudermilk, a bitterly funny dramedy about staying off the sauce.

“Life is about fucking things up and then unfucking the things that you fucked up. That’s what makes you less of a fuck-up”

Created by Peter Farrelly (There’s Something About Mary, Dumb and Dumber) and Bobby Mort (The Colbert Report), Loudermilk is a sobering comedy about staying off the sauce, being an asshole, and keeping other assholes off whatever their own sauce may be. Sam Loudermilk (Ron Livingston) is the sullen protagonist, a once shit-shot music critic turned recovering alcoholic. Four years sober, he now runs a support group and makes a living shining up the marble floors of banks.

In Loudermilk, the titular hoodie-wearing hero hobbles from fighting strangers at coffee shops to teaching young drunks how to avoid spewing on their own shoes. His sobriety group brings together a fascinating horde of characters, all who are subjected to his distinctly blunt counselling style. “Which one of you fuck-ups wants to go first?” he asks the group in episode one, before the camera zooms out to reveal they are in a bustling cafe full of children.

Loudermilk is the surly younger brother of Curb Your Enthusiasm, overblowing the everyday indignities of society and forever treading the fateful line between relatable and hate-able. For example, instead of reacting with a normal emotion to an eviction notice, Loudermilk’s main grievance is this: “what kind of monster evicts you using comic sans?” You can almost feel Larry David gazing down and nodding, especially when issues of modern manners and chivalry come into question.

That said, Loudermilk is not afraid to liberally pour the ‘dram’ into dramedy, be it through the thousands of litres of secret booze consumed in private by the fledgling folk trying to come clean, or the crushing revelation about why Sam Loudermilk is the twisted way that he is. Stick it out till the end of episode one, because right after an intense projectile vomit comes one very devastating bit of backstory. For all its genuine laughs, Loudermilk knows exactly when to slap you with the hard stuff.

Office Space’s Ron Livingston plays the walking sad sack of conundrums that is Sam Loudermilk. Look, he’s not all bad. As he says himself, at least he’s not worse than Hitler and he’s not worse than Pol Pot. “I’m a people person,” he vehemently maintains, “unless the people act like total dickbags.” It takes a special kind of misanthrope to also be compelled to help everyone around them, and Sam Loudermilk is that weirdo.

You may know her from The Man in the High Castle, but Loudermilk prefers to refer to her as the hot new neighbour that saw him push an old man down the stairs, which is definitely not okay.

The guy who you might know from his five-year stint on MADtv (or his breathtaking role as Shy Young Orderly in the 1995 monster smash Magic in the Water), Will Sasso plays the sunbeam sidekick and sponsor to Sam Loudermilk’s dark cloud. But has he got some sordid secrets of his own? Sources say: yes.

Incredibly niche music and television references. I now know the rich history of Saul Zaentz and I have Loudermilk to thank.

Pour yourself a big glass of Loudermilk, available exclusively on Lightbox: