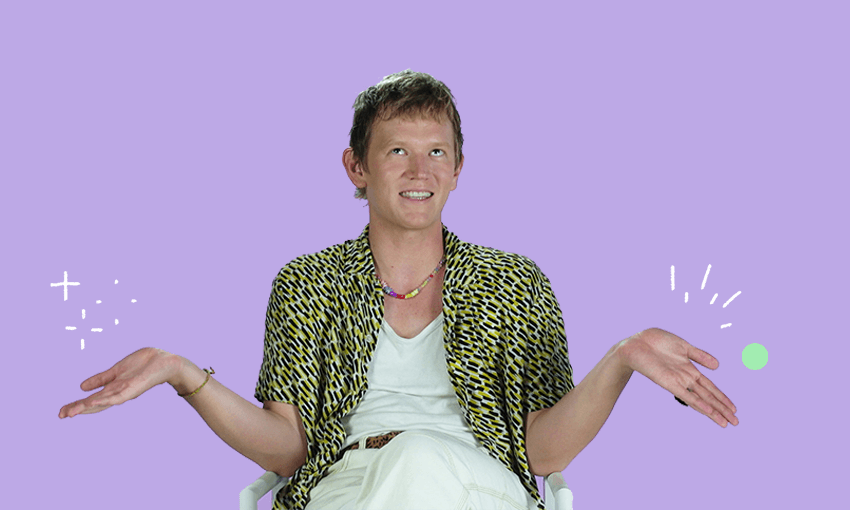 The comedian, actor and felt artist tells us about his intermediate era celeb crush, first nemesis, being a Mall Santa and more in this week’s episode of FIRST.

You probably know him from his hilarious Instagram, for playing David Halls in Hudson & Halls Live, as one of the hosts of podcast Drag Race Down Under the Covers or as a member of improv comedy show Snort. Or, if you happened to attend the same Christchurch primary school at the same time, maybe you remember Chris Parker as the frog from your school play.

The comedian and actor has always commanded the spotlight. By his own admission, he was doing “a great job” as the frog – but just like moths, the spotlight is also known to attract haters. This was how, during his time as the frog, Parker made his first enemy.

“He came up to me at lunchtime and was like ‘All the boys in our class think you’re gay’,” he says. “I remember going home and being like “Mum, what does gay mean?’” Sensing a teachable moment, Mrs Parker schooled her son in the art of the comeback.

“I got him on his name, but I can’t say it because I will expose the guy. And it’s like – it’s brutal,” Parker says. Also, his enemy was eight.

“No one should be cancelled for what they said when they were eight years old.”