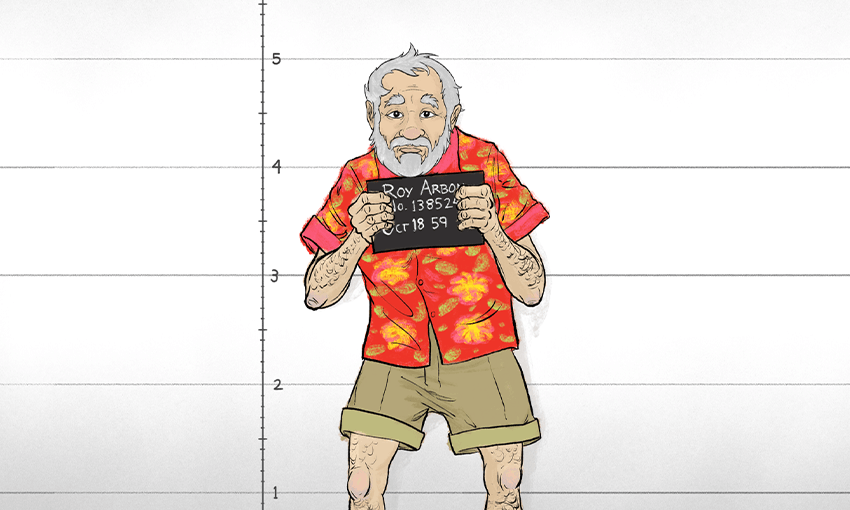 The ultimate scam lures an elderly beekeeper around the world in this wild true crime tale. From Greymouth to São Paulo, Roy Arbon’s adventure ends in kidnap and imprisonment on foreign soil leaving him facing life behind bars.

Well, look at that, the first pick is my own short documentary. When making a film, my main motivation is for it to be something I would want to watch and I’m happy to say if I came across The Scam I would definitely watch it. My goal was to make a fast-paced and entertaining retelling of Roy’s unbelievable story, but I also wanted to explore Roy as a character. I was curious about him and his motivations – why couldn’t he see it was a scam?

The following films on this list influenced or inspired The Scam in some way.

A young boxer guides his protégé through his past growing up on the South Side of Chicago.

IVRY is the absolute gold standard of short docs for me. I watch it on a regular basis for inspiration and it always hits me right in the feels. It seamlessly mixes reconstructed scenes with fly-on-the-wall footage thanks in large to it’s amazing main subject Ivry Hall.

The sound design, music and 16mm photography are all outstanding, and it features one of the best fight scenes I’ve ever seen. This all adds up to IVRY being incredibly cinematic, powerful, and an absolute must watch.

Alice, Adelaide is a journey into the desert heart of Australia to meet those who call it home.

Another film I revisit often. This one does a remarkable job of capturing the feeling of rural Australia, as well as the wonderful eccentricities of the locals. Australia’s Outback and New Zealand’s West Coast share a wild and untamed quality, so Alice, Adelaide felt particularly relevant when I was making The Scam.

This film gave me the confidence to embrace my main subject Roy telling his own story, despite his strong accent and unusual turn of phrase. I’m so glad I did as it adds a richness and detail to the world of the film.

Dock Ellis and the LSD No-No

This short is one of my all-time favourites. Dock Ellis was originally interviewed on NPR, giving a moment by moment account of his famous no-hitter. The filmmakers took that radio interview and turned it into this wonderful animated film. The excellent sound design and music also contribute to the overall energetic and thrilling vibe.

I watched this many times before making The Scam, and it was often in my head throughout the process. I just love the way it uses animation to recreate a wild moment in history.

Sisters Patte and Randa Starr are fun experts. After overcoming a dark past they are committed to living out the childhood they never had.

This one came at a time when I really needed it. It was a breath of fresh air when I was in the depths of editing The Scam. The Starr Sisters manages to stay lighthearted whilst traversing some quite serious subject matter, and you come away from it feeling like you really know the characters.

The Starr Sisters – which premiered at Sundance Film Festival in 2020 – is like a real life look at Patty and Selma from The Simpsons, except they’re happy!

The Scam is part of the Loading Docs 2021 short documentary collection. For more visit loadingdocs.net