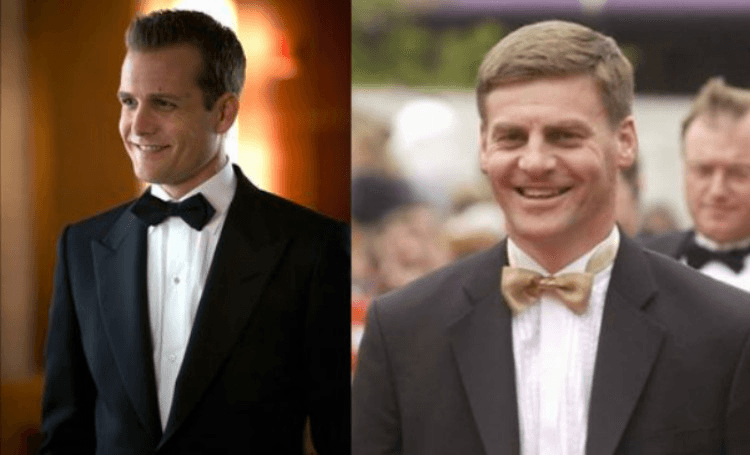 Why does Bill English love the show Suits so much?

With the new season of Suits coming express to Lightbox, we found an unlikely fan in the Right Honourable Bill English, Prime Minister of New Zealand.

Earlier this year when Spinoff editor Duncan Greive interviewed Prime Minister Bill English, there was one question that didn’t make the final cut. Today, The Spinoff can finally reveal this exclusive television bombshell, as excavated here from the interview transcript:

Duncan Greive: What is your pop culture guilty pleasure?

Because they had more important things to talk about, the line of questioning around fast-talking lawyer drama Suits had to stop there. But as the dust settles and the spaghetti pizza cools, one must delve deeper. Why did Bill English, of all the things, choose Suits as his number one piece of Guilty Denver pop culture pleasure? Let us speculate.

Number of suits in the show

As evidenced in this Stuff article, Bill’s style has evolved over the years from baggy woollen jumpers to matching colours, understated ties and dark suits. To keep him in check, he’s got Harvey Specter to thank. Probably.

Use of the word “lit” and other youthful jargon

The savvy Snapchatter is just one plank away from doing a dab, so why wouldn’t he be a fan of a show where one of the main character’s catchphrase is “litt up”?

Nice break from House of Cards

As the PM’s iconic America’s Cup video revealed, he fancies a bit of House of Cards every now and again on the ol’ DVD player. But there’s only so many Kevin Spacey staredowns a man can take. Also revealed was an affection for the light watching of Stardust, The Simpson’s Movie, Definitely Maybe, as well as recent local drama Mahana. An anonymous source* has confirmed that Bill English watches Coach Carter before embarking on any walk/run adventure.

*anonymous source is our imagination

All I’m saying is, last season’s episode ‘All In’ saw a storyline that involved a lot of different hidden dictaphones and a lot of secret recordings. That’s all we’re saying.

Presumably Bill English loves the royals. Who doesn’t? Got to keep up to date with the future Mrs Prince Harry aka Suits star Meghan Markle. If or when the wedding happens, rest assured our Prime Minister will be up to date on talking points.

Even in the world of outlandish TV characters, Harvey Spectre stands out for being so supremely confident he makes you question why you even try. Bill hasn’t mastered his comment delivery in the way his predecessor did, so who better to get inspiration from than Harvey. Don’t be surprised if Bill ends his next media huddle by walking away from reporters, pausing, then turning back to deliver one last line dramatically before striding into an open and waiting elevator. It’ll definitely happen and we can’t wait.

Season seven of Suits is now available exclusively on Lightbox. Click below to watch every season.