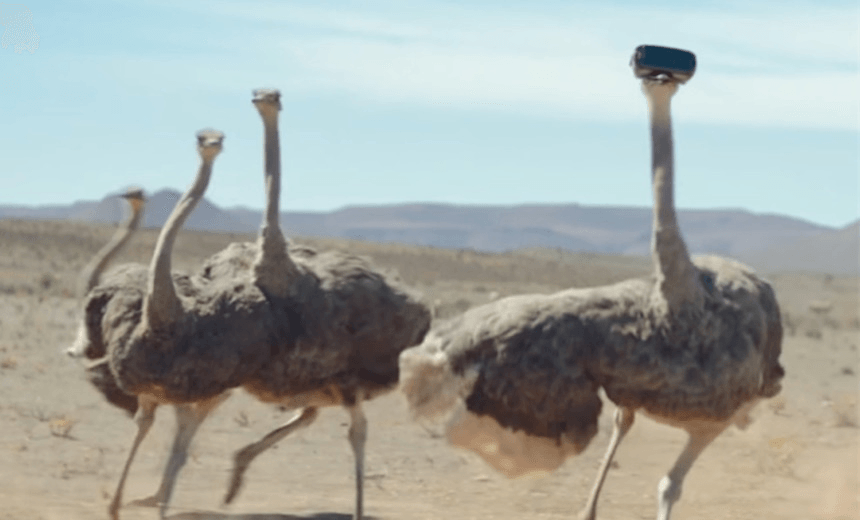 Tara Ward does the unthinkable: turning on her television and looking for nothing but sweet, sweet ads.

Television advertisments are often overlooked and misunderstood — until now, my friends. I love a challenge like I love a Coronation Street weekend omnibus, so when someone suggested I spend an entire day watching only commercials, I was in quicker than you can say “Sally Webster is a queen among women”.

It was an experiment as risky as it sounds. No shows, just ads. I was to change from channel to channel in hot pursuit of retail nirvana, a informercial junkie desperately seeking her next hit. Like those crazy fools who chase tornados across the desert, I would stare danger in the face and live to tell the tale. Except my tale would involve being at home, moulded to the couch, stuffing my face with potato chips.

Join me on this perilous journey through the televisual closet into a Narnia filled with bizarre advertorials, public safety announcements and movie trailers featuring Joan Collins. Would I survive? I was wearing my pyjamas, so I bloody well hoped so.

The world is my advertorial oyster, filled with more potential than a blocked gutter about to be cleared by an extendable high pressure hose. I’m as stoked to be here as these nanas are to sit on their Unreal Grass, which is “like real grass, only better!”

How can anything possibly be better than real grass? My mind is officially blown.

The television gods know that I’m a complicated woman with complicated ladder needs, and they’ve blessed me with this laddertorial vision that transforms into nine million positions. Forget the fancy grass, for this ladder is an extendable stairway to heaven.

But wait, there’s more: the Renovator Better Grip. “What I’m holding in my hand will change your life,” the host promises. We’ve all heard that before, but in this case it’s true. I can’t wait until my pipes burst and I can bust that bad boy out of my junk drawer and wave it around until someone else turns the water main off.

What a time to be alive! Nearly everything in the entire world is on sale! Slow cookers are 60% off! Curtains are half price! Rugs are on special which is great news, because rugs are also like real grass, but better!

Meanwhile, the ladder infomercial is still going. It’s got more positions than the Kama Sutra and I fear we’ve barely scratched the surface, so I distract myself by discovering the powers of a handheld air compressor from a man wearing an inflatable pink flamingo. Slow leaks bad, full balls good: it’s advice to live by.

I wish I was as pumped as Pink Flamingo man, but after two hours of commercials my enthusiasm is deflating faster than a rubber lilo on a camping holiday in the pissing rain.

Nothing makes sense. A Samsung ad about an ostrich trying to fly brings me to tears in ways I can’t explain, other than my brain is still processing the whole ‘better than grass’ thing.

I’m too numb to question what I’m watching, like why you get a free smoothie maker when you order a vacuum named after a fish. Did the ostrich question why it was wearing a VR headset? No, it was probably too busy wondering where to get one of those belts that tightens your abs in only 15 minutes a day.

Nor have I any patience for the endless stream of dipshits trying to sell me stuff, like those Vicks Vapodrops numpties who jam lozenges up their nose and that fucking annoying goldfish in the Sultana Bran ad. GOLDFISH DON’T EVEN EAT CEREAL, FFS.

Hour four: the end is nigh

I’ve suffered four long hours of people telling me what to do and I’m grumpier than the woman who didn’t have the right nozzle to pump up her basketball. Jane Kiely guilts me into buying life cover, Kevin Milne demands I buy new carpet, and as for Julie from Bunnings who keeps banging on about draught stoppers, I have no words.

My teeth aren’t white and my abs aren’t abby. My self esteem’s been worn down to such a tiny stub that I’m considering paying $79.95 for a tub of magical tumeric powder to feel better. This horse selling insurance has better hair than I do.

Hour five: tapping out like that bloke in the Mastercard ad

Enough is enough. I deserve a break, some Thin Lizzy and maybe one of those delicious new sandwich thins. I turn off the TV and dance like the Dad in the Spark ad. Freedom.