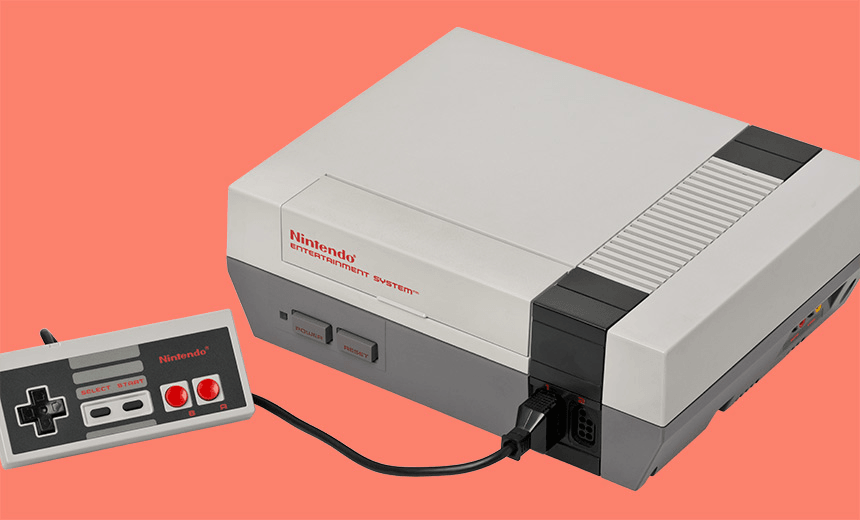 Save State 001 – essential treasures for your NES collection

Starting with the Nintendo Entertainment System, Save State presents five gaming relics that every collector needs in their shrine/garage, from the very essential basics to the very rare and frustratingly pointless.

A second controller is essential for the Nintendo Entertainment System for two main reasons: 1) no one on this green earth is interested in watching you play old games if they can’t join in, and 2) a head-to-head title match in WWF Wrestlemania is the only ethically binding method of deciding who should wash the dishes / take out the the bins / pay the rent on your shared studio apartment this week.

Best known as the only type of game your friends from Hong Kong or Taiwan owned, Multicarts are bootlegged cartridges that carrying multiple games that were fire hot back in the day. These gems exist because NES games contain very little data (often less than a Word document) allowing entrepreneurs to jam a whole bunch of titles onto a single circuit board.

Multicarts are now, as then, a much cheaper way to collect and play a wide range of games. The number is always a massive overstatement though, maybe 75% of the games on a cart are just repeats with a sliding scale of almost-recognisable names like Super Jumpman Guys or Exciting Bike or YoungTurtle Fighters.

Nowadays bootlegging NES games is semi-legal affair, since the licensing has lapsed on a lot of early titles. Multicarts can get pricey, but you can find cheap ones that even come with a console on AliExpress for about NZ$40 (thanks to Eli Orzessek for the link).

What if you could Pokemon in real life, collecting all the Pokemons from a supermarket or bookstore and leveling them up until you can shame the few friends you have in Pokebattle for Pokepremacy?

That’s not what any of the NES barcode systems did. But they were the best shot in the early-1990s as a precursor to modern physical interfaces like Skylanders or Disney Infinity. Devices like the Barcode Battler involved scanning either collectible trading cards or consumer products to unlock gaming characters and experiences.

Barcode Battler appeals to retro gamers due to its status in urban legend, when a brand of instant ramen sold out across Japan in a single day because it bestowed amazing in-game firepower. In real life, those ramen contained enough palm oil to keep the sun burning until 2023AD.

All of the barcode games are in Japanese, but go ahead and buy an $18 jar of peanut butter for a +500HP boost, or twelve cases of Toilet Duck so you can reach the Super Saiyan level with the big monkey. Live your life in black and white, without compromise.

The main thing to know about the R.O.B. is you will never own one. This is principally due to the fact that no one ever did, because he didn’t really work *sad robot face*.Designed by Gunpei Yokoi, the R.O.B. was an early grab at the the home consumer market for consoles. Video games were quite rightly considered a waste of time in 1983, so Yokoi whipped up an ‘educational’ toy to convince parents that there was some kind of positive secondary outcome from sitting in front of a TV getting pins and needles.

R.O.B. looks both technically elegant and cute – a genuine design classic – but both of these characteristics are deflated by the two games designed for his use: one where you stack cups, and one where you spin plates.

Your best shot at owning a R.O.B. is finding a miniature version (mine is pictured here) or picking up the Amiibo version for about $25.

The Holy Grail, The G.O.A.T, The Gauntlet of St. Shigeru.

The Power Glove is none of these things. The most conspicuous game controller of all time promised the future of virtual reality but delivered a history of RSI and living room based violence.

Just looking at a photo of the Power Glove, you can see all of the implicit claims its design makes: unimpeded control, a direct connection with the digital world, dressing like a future mans. IRL the glove required a cumbersome pair of half-metre long sensor bars and required a room with almost no other electronic devices nearby (e.g. a television) in order to function. Even in those conditions, the sensors barely worked and you’d be forced to use the embedded controller with your left hand only.

Let’s be clear though: it looks fucking amazing. It remains one of the most iconic tech designs of the late 80s, at the emergent intersection of consumer technology and consumer play. Everything about its appearance is perfect, making it some kind of noble sculpture, as opposed to a broken instrument.

That the Power Glove promised so much and delivered so little makes it even more valuable to collectors, all of whom are aware that their pursuit has little value, but perhaps a little valour.

Like all our gaming coverage this post has been made possible by those solid, good person types at Bigpipe, one heck of an ISP.