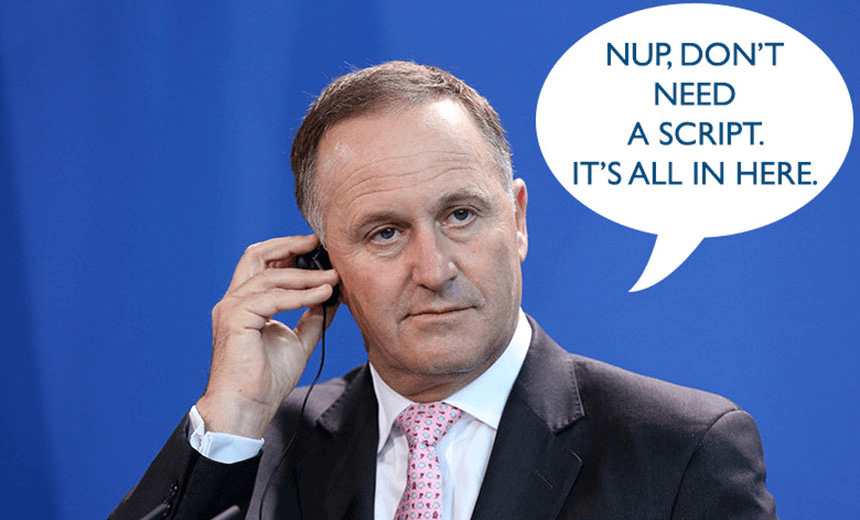 Politics: Unveiled – John Key At The Birth Of Christ

Recently NZ On Air published its 2015 report. Our thoughts on NZ On Air’s digital funding and other tidbits from the report can be read here. But that’s not all we gleamed from the numbers and tables …

Without a doubt the most interesting morsel from the report is this: The Christian Broadcasting Association made two NZ On Air funded radio programs that won two awards at the New York Festival in June. According to radioinfo.com.au the success wasn’t due to the powers of the Holy Trinity, but the fact both programs could boast the involvement of John Key.

The hot dog loving Prime Minister probably makes the biggest impact on the hour long Newstalk BC, a retelling of the birth of Christ in the form of a scripted radio talkback show. “I reckon Ceaser’s done a great job in a tough financial climate ,” says caller John. ‘What about that partial 49 percent sell-off of the Roman Aqueduct?” asks host Mordechai Lehman (Pat Brittenden). “At the end of the day,” responds John “people are more interested in the issues that matter to everyday Judean mums and dads.”

The Spinoff was unable to clarify if the PM used the script provided or just freestyled the shit out of it using the focus group soundboard in his head.