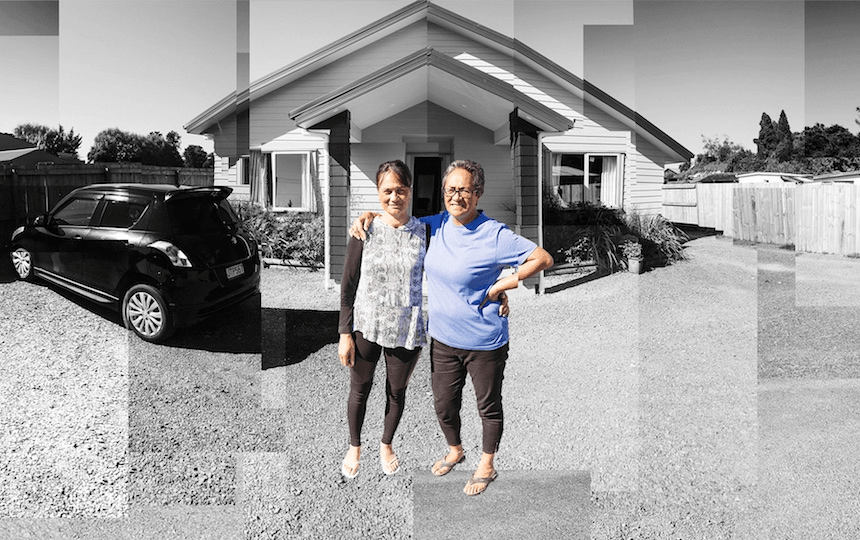 Tired of clickbait and myth, Charles Anderson set out to find the real story behind New Zealand’s housing crisis, creating a major interactive documentary premiering on The Spinoff today, funded by New Zealand on Air.

Perhaps we were masochists but we were under no illusions. When we set out to create a documentary about the housing crisis (click here to watch it) we knew that many people might either be fed up with hearing about it or never previously cared.

We knew the backlash whenever a news story was posted on Facebook highlighting a 25-year-old Aucklander buying their first home. We knew that the line about inheriting a vast sum from a distant relative was, more often than not, buried in the eighth paragraph.

We weren’t interested in clickbait or manufactured outrage because we knew that access to housing is, and will continue to be, one of the most important questions facing our country.

Fewer people own homes now than they did 60 years ago. For generations we were taught to wrap our financial security in homeownership. So the present upheaval will continue to have huge consequences for what the future of the country will look like. To drag ourselves away from that dream is painful but whether we accept it or not, this affects everyone. So we knew the subject was worthy.

As a concept, however, housing is not a particularly dramatic or visual, so the challenge was to be innovative with how we told the story. So we set out to make an experience. ‘Unsettled’ is an experiment in using digital storytelling tools to weave a larger picture – both of human stories and hard data.

For months we searched for families whose experience highlighted different aspects of the housing crisis – whether it be a problem or a solution.

From Northland to Queenstown, we met families who are facing or have faced huge challenges. We met Rauaroha, who lived in her car with her young children by the Waikato River for weeks after being evicted from their home. We met Natalie and Ben, who seemed to do everything right, even moving to the Far North to find an affordable home, only to be shut out of borrowing because of the way the system is set up. We met Theresa and Dean who were on the verge of homelessness before they became part owners in a home in Queenstown with a community housing trust.

And we met Rangita and Tilly in the Waikato – who banded together with their family to create something that would become a beacon of stability for generations of their whānau.

It was a privilege meeting all of them. Hearing their stories was often sad, frustrating and inspiring. Their paths diverged so widely but it all came back to one thing – they wanted a roof over their heads. They wanted safety and security for their families. That was always the New Zealand dream and it continues to be.

But even if house prices do cool off in the coming months and years, the damage is done. For most, incomes are eking out small gains while houses leap ahead. So, increasingly we will have to shift our vision of the future. Perhaps the Kiwi dream is no longer like the sepia tone images featured in the documentary’s introduction. Perhaps there isn’t wide open spaces and two car garages. Perhaps we need to adapt.

But we know that every person who experiences the documentary will have a different story. So we wanted to personalise the issue by using data combined with innovative storytelling to bring it back to how the present crisis affects individual users.

We enlisted a small team of data savvy developers to create a tool that we knew would pique people’s interest – one that allows you to see how much house prices have increased in your region compared to incomes.

And we wanted to make it easy to use and understandable. In this way, web design and user experience is an integral part of the story.

Unsettled doesn’t seek to solve the problem. It’s goal was to humanise it, personalise it and make it accessible to those who thought the conversation about housing was tired.

It was about reigniting a conversation that seems to have gone dull over the past few months.  But we can’t afford it to be because this affects us all.