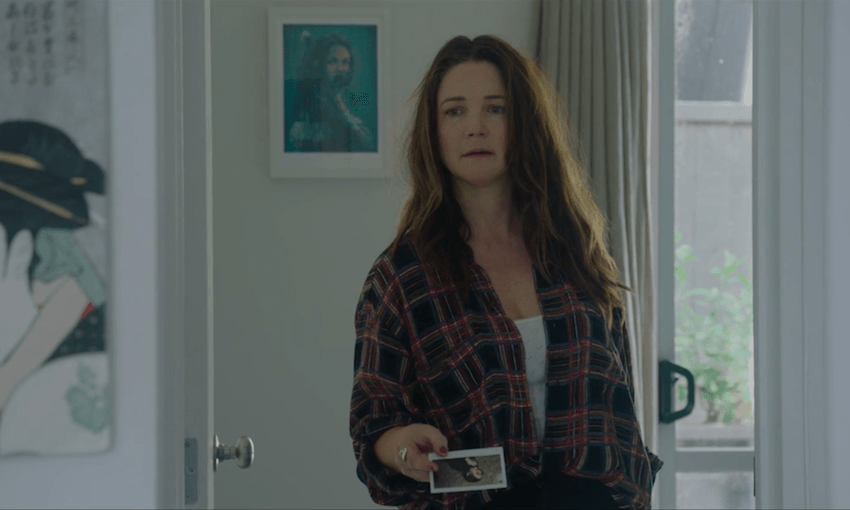 Claire Chitham stars in A Necessary Death, an entry in the 48Hours Lockdown competition from Bubblemates.

Claire Chitham stars in A Necessary Death, an entry in the 48Hours Lockdown competition from Bubblemates.

The 48-hour film festival is back, self-isolation style. While the judging panel is deciding the winners, The Spinoff is showcasing seven films from the competition. We’re sharing one a day in the lead up to the one-hour awards special, airing on TVNZ2. First up, A Necessary Death from team Bubblemates.

A Necessary Death follows a woman who discovers there’s been a death in her own home, and she’s not going to let it go uninvestigated. She digs deep to discover the truth behind who is responsible for it and to hold them accountable. It’s time to clean house.

Cort just happened to be staying with Claire and Jessica while he was shooting a job that was meant to run until June. Covid put that on hold, which left him with camera, gear and nothing to shoot. Thus, Bubblemates. We had a chat with actress Claire Chitham about the process of making the film.

The Spinoff: What’s the story behind your team? Are you guys regular collaborators, or did you come together for this?

Claire Chitham: Like any true actor, it’s been a long held dream of mine to star in my own film, playing all the characters, with no other actors to bother me, no director telling me what to do and no one to answer to but me, myself and I. Finally I saw a chance for my dreams to come true. A crew might’ve been useful though!

Sebastian and I had been trying to think of ways to collaborate post lockdown, dreaming of the day when we could maybe leave the end of our driveway together and shoot a scenic road trip movie involving surfing, beaches and sunsets, and then this opportunity popped up. We had no idea what we were going to do but we knew that having an Alexa Mini [camera] sitting at home locked in its case was a bloody gigantic waste.

I had recently worked with Damian on a video celebrating International Women’s Day  and knew that he was not only brilliant on the tools but incredibly speedy and a composer too. He was a one man post band and just what we needed in order to be able to actually complete this or send in anything watchable at all, skills Sebastian and I certainly did not possess. Thankfully, he said yes when I called him on the Thursday night.

What were the big difficulties of working in lockdown?

Also, no crew. No second sets of eyes. No lights. No other actors to bounce off. (Turns out acting by yourself with no director and no other actors is really hard and not as much fun, no surprises there.) Did I mention no crew? My favourite thing about being on a set is the people and the collaborative process with other creative minds. Luckily, by the end, Jess became my director and Seb and Damian basically did the final cut and they’re all bloody good at what they do!

What has been your favourite aspect of this entire experience?

Collaboration with my housemates and talented team. We all still want to live together, so that’s a relief. But what you see on screen is a contribution from each of us.

Having a big waffly idea and then watching it be refined, shot, improved and squeezed into a tiny tube of time was hilarious fun and we had lots of laughs doing it.

I’ve worked on some massive sets with all the money in the world and nobody likes standing around while decisions get turned over 10 times just because they can. The limitations force you to get very focused on what your story is and make choices together and fast. That said, I still wish we’d had one more hour in our day!

Bubblemates are just one of a record-breaking 2,111 teams that created three-minute masterpieces from their bubbles. The Vista Foundation 48Hours judging panel, including Sir Peter Jackson, will select finalists to be screened on TVNZ2 in a one-hour awards special on Friday, May 8, at 9.30pm.