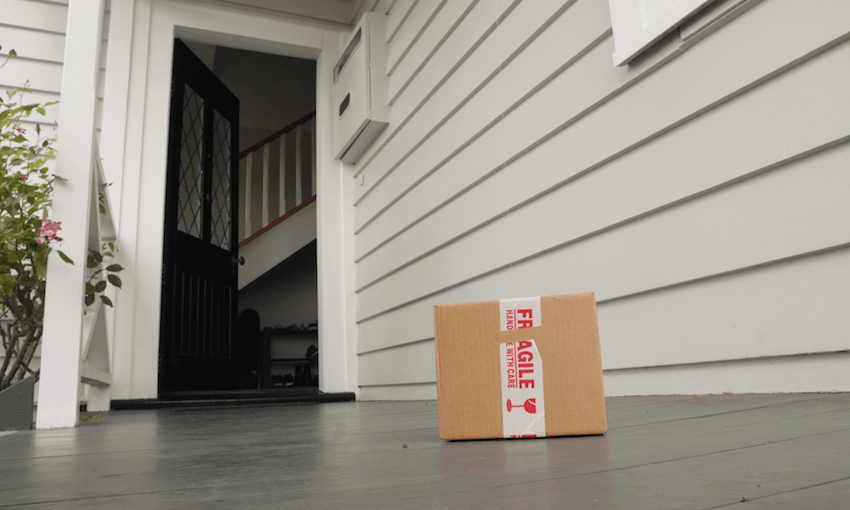 The cast, so to speak, of Nothing To See Here, PickleThug’s entry in the 48Hours Lockdown Competition, and our final selection. (Photo: Supplied)

The cast, so to speak, of Nothing To See Here, PickleThug’s entry in the 48Hours Lockdown Competition, and our final selection. (Photo: Supplied)

The 48-hour film festival is back, self-isolation style. While the judging panel is deciding the winners, The Spinoff is showcasing seven films from the competition. We’re sharing one a day in the lead up to the one-hour awards special, airing on TVNZ2. Today, Nothing to See Here by PickleThugs.

Nothing To See Here is a short comedy set in an imagined universe where people are invisible. Hamish is locked out of his flat, and it’s kind of Sue’s fault. Now, they must work together to break into Hamish’s house but can’t see eye to eye – literally!

Most of PickleThugs work in creative industries, and are used to wearing many different hats in front of and behind the camera. Two of their members work at Eyes and Ears video production, Briar and Calvin, while flatmate Issac is a photographer/videographer, and another flatmate, Sam, did the music for the film’s ending. Other friends and family members contributed to voice acting, and miscellaneous Photoshop work.

We talked to Calvin Sang about the challenges of making the film, especially under lockdown, and where the idea to make an actor-less film came from.

What’s the story behind your team?

Most of us have worked together on previous film projects, so we’re lucky that we know how to work together really effectively. The team only started out with me and my flatmate Issac, Zooming with our producer Briar and writer Tash. Then we reached out to other people we knew as our story materialised. Briar and Adam did the voice acting from their own homes.

We had a few ideas that we wrote down before the weekend – most of them were just based around different ways we could film without actors and without leaving the property, but we didn’t really have any plots. And then once we found out we had ‘adventure’, we spent a couple of hours playing jigsaw puzzle with different storytelling techniques and different plots.

What were the big difficulties of working in lockdown?

The biggest challenge wasn’t so much the limited locations, but more the lack of any actors.

We were so lucky that Adam and Briar did such a great job carrying the whole film with just their voices – even though they did the whole thing over Zoom. Honestly, we’re just glad the film actually makes sense to begin with! It was really hard to get our head around because we had to pretend there were invisible actors in every shot, plus we also had to make sure it didn’t just look like a jumble of random shots.

What’s your favourite aspect of this entire experience?

It was great playing around with a completely new way of storytelling for us. Not having actors was both freeing and restricting. When you don’t have any on screen actors, you need to rely on sound effects and voice to get all the emotions across to the audience. But it also meant that we could do some really crazy things that would have been health and safety hazards to real actors – like doing backflips on roofs because all we needed were sound effects! It was great knowing that we can still make stuff with everything that’s around you, and restrictions will breed new ideas that you would have never have thought of.

Is there any particular moment of technical trickery you’re proud of?

They say audio is 50% of a film. I’d probably argue it was more like 90% of ours! Without sound, it probably just looks like a real estate video. We spent a long time on the sound editing. Without clear sound like footsteps and door knob sounds, the story wouldn’t have made any sense. Issac was running around getting foley sounds all over the house. We also spent a lot of time playing around with fishing wire to make objects float and move as if an invisible person was touching them.

There was one shot where I had to manoeuvre three different objects at the same time without getting my arms in shot. It took about half an hour of trial and error to get it right – and then we didn’t even use the shot in the film!

PickleThugs are just one of a record-breaking 2,111 teams who created three-minute masterpieces from their bubbles. The Vista Foundation 48Hours judging panel, including Sir Peter Jackson, will select finalists to be screened on TVNZ2 in a one-hour awards special on Friday, May 8, at 9.30pm.