Claimants to the Mana Wāhine inquiry tell Liam Rātana how the Waitangi Tribunal can start to address the damage done to Māori women by colonisation.

I descend from a wāhine toa. She was a fearless leader of our people and held great mana in the area I’m from. Growing up, I was told that she never lost a battle and defended her pā with such might that travelling parties would avoid the area completely.

“Māori women went to war, they debated issues, they stood up for what was right,” says political reporter Rukuwai Allen (Ngāpuhi, Tauranga Moana). “They would do anything they could to ensure the sacredness of the next generation was protected.

“The Māori perspective is that there’s no hierarchy that determines that because of someone’s genital parts, they have more mana or more standing in our Māori society,” says Allen of the pre-colonial attitude to gender.

Alongside a number of other wāhine, Allen recently gave evidence at Terenga Parāoa marae in Whangārei before the Waitangi Tribunal, as part of the Wai 2700 – Mana Wāhine inquiry. As one of the “kaupapa inquiries” which deal with issues of national significance rather than those of one iwi or hapū, Mana Wāhine currently hearing outstanding claims which allege prejudice to wāhine Māori as a result of breaches of Te Tiriti o Waitangi by the Crown. Two tūāpapa (contextual hearings) were held in February of this year, one this month, and another three will be completed by March 2022. The claims extend across many areas, including policy, practice, acts and omissions, both historical and contemporary.

Allen says colonisation has done “a really good job” of putting a Pākehā lens on the way we view mātauranga Māori and te ao Māori. “That Pākehā lens often puts men higher than women, a lens that puts emphasis on the patriarchy.” 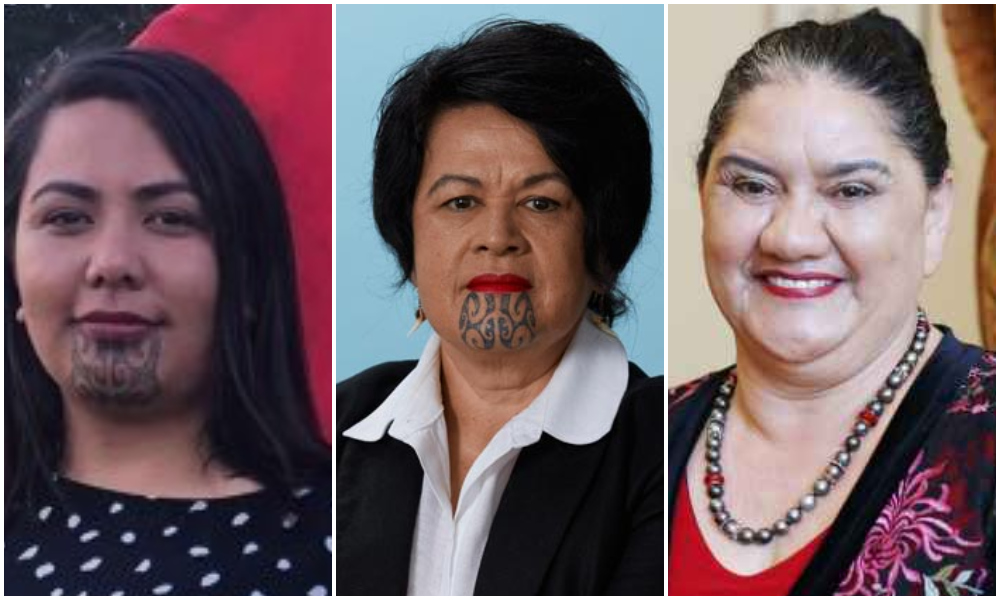 The genesis of the kaupapa inquiry was a claim called the Wai 381 Māori Women’s claim, lodged nearly 30 years ago. One of the original claimants, Ripeka Evans (Ngāpuhi, Ngāti Kahu, Te Aupouri, Ngāti Porou) says she lodged it alongside Donna Awatere, Papaarangi Reid and past presidents of the Māori Women’s Welfare League in 1993. “It is a claim that alleges a breach of all three Treaty articles.”

All people possess mana. We are alive and therefore we have a mauri, or a life force, within us. As a child, I was taught that in te ao Māori, the people have the power, and not just the people with a penis.

Christianity and colonialism brought with them the ideology that men, for some reason, were superior to women. The idea of patriarchy was promoted throughout religious and colonial institutions. In British common law, upon marriage, a woman’s legal rights and obligations were subsumed by those of her husband. Effectively, she lost her mana in the eyes of the law.

“Traditional Māori culture was founded on what’s called a duo-theistic cosmology,” AUT University associate professor Ella Henry (Ngāti Kahu ki Whāngaroa, Ngāti Kurī, Te Rārawa) tells me. “In other words, there were two gods. There was Papatūānuku, the earth mother, and Ranginui, the sky father, and these two were in a complementary relationship. Both were equally important in the survival and creation of mankind… The karanga has equal status to the whaikōrero.”

Henry’s master’s research in the early 1990s coincided with the original claim, and looked at the status given to Māori women prior to colonisation. “My thesis was focusing on Māori women and leadership, so I tried to interview a number of women who were claimants,” Henry says. “That’s really how I got involved in finding out about the claim. I wanted to find out what kind of leadership roles Māori women enjoyed in the 20th century and compare that with data I could find about Māori women in a traditional pre-colonial society. Not surprisingly, I found there were some significant differences.”

During stage one of the hearings, claimants and the tribunal are undertaking an exploration of the tikanga of mana wāhine and the pre-colonial understanding of wāhine in te ao Māori, to provide a tūāpapa for the inquiry.

According to Evans, the second stage of the hearings are scheduled to begin at the end of 2022. This stage will focus on the consequences of the breaches of the Treaty, including the intergenerational effects of colonisation and the negative socioeconomic impacts on Māori women.

Stage three will be looking at remedies for the breaches and their consequences. All the wāhine I spoke to shared the sentiment that there is no sum of money nor redress that could ever truly make up for what Māori women have had to endure. However, they did agree that there are steps the Crown can take towards acknowledging what they have done and at least attempting to rectify the problems they have caused.

“I do think that there are a number of things that can be done to address this grievance,” says Henry. “Providing adequate resources to tell the truth about the history of Māori society [is one example], because I think there are a lot of particularly younger urban Māori who have lost contact with these ancient stories of the mana of women; allocation of funding to support Māori women to become leaders in our community as we were prior to the Treaty; more Māori women representing our people on high level boards and entities.

“We’ve seen over the last 30 plus years a range of settlements that whilst the government has not been legally bound to address these issues, they are certainly morally bound to. Successive governments have actually acknowledged that moral requirement.”

Adds Evans: “For starters we’d be looking for an apology, that would not be a light-hearted apology.

Says Allen: “Honouring Te Tiriti doesn’t mean we can invite Māori to the table, it means we’re all at the table. It’s not a consultation, it’s about a 50/50 partnership.”

She acknowledges the many wāhine that have gone before, who started the mahi they now continue in their honour. “I hope that those wāhine who have long done that for this claim and many claims before, know that we see them, what they’ve done, and we appreciate that.”