Mauri Tau is an audio storytelling journey designed to be experienced at dusk or dawn during Matariki. Three Spinoff writers put on their headphones and took a walk.

On a crisp, clear winter’s morning, The Spinoff’s staff writers Leonie Hayden, Sam Brooks and Charlotte Muru-Lanning assembled just before sunrise at the foot of Maungawhau in Tāmaki Makaurau.

They were there to immerse themselves in an innovative storytelling experience by writer/director Scotty Cotter – a recording designed to be listened to while you walk at either dusk or dawn.

Commissioned by Silo Theatre for Matariki, Mauri Tau is a 45-minute audio journey that introduces you to each of the nine stars of Matariki, played by nine of our finest actors. As you walk, they take turns greeting you and bestowing their gifts for the new year.

After synchronising recordings, Sam, Charlotte and Leonie wandered upwards into the dawn sky.

On Friday morning I took a hīkoi up Mt Eden as the sun rose slowly over the harbour. I would normally never do something like this, as attested to by the can of blue V clutched tightly in my hand. But on this morning I was glad to have forced myself out of bed. At a very base level, Mauri Tau is a deeply pleasurable experience because of the voices of actors like Tanea Heke and Nicola Kāwana in your ears. You can almost hear the twinkling eyes and the wry smile as they tell you, in short, to open up and take in the world around you.

It helps that Scotty Cotter’s script strikes the perfect balance, allowing the actors to occupy that rich place between the human and the divine. Each of the stars is given a fully-fleshed character, point of view, and directive that serves to open us up bit by bit, barrier by barrier, until we’re actually properly open to the full Mauri Tau experience.

The words wouldn’t be anywhere near as effective as they are without the superlative sound design and composition by Fran Kora, working with Matt Eller and Komako Silver. Largely using local instruments, they’ve created a sound that’s natural and healing but never cloying. It makes the experience feel bigger and weightier, without subtracting from the fact that this is a very intimate experience, piped directly into our ears. At times I forgot that I was in a party of three – even though I couldn’t recommend more highly experiencing Mauri Tau in a group. There’s no feeling like growing with friends, and doing the experience with two coworkers felt like the best kind of gassing each other up.

Towards the end of the experience, our party sat at the top of Mt Eden and looked out east. As we listened to Rachel House as Pōhutukawa, whose voice doesn’t so much carry words as cradle them gently on the way to their destination, I looked out at the north and east sides of the city where I’ve spent the bulk of my life, like I was flipping through pages of my memory. I watched a train pulling into Ōrākei station, where I’ve waited in the middle of night for the last train with friends. I watched the ferry peel out of the harbour on its way to Waiheke, a journey I’ve taken on similarly chilly, cloud-spotted mornings with my best friend. I looked out over Mt Wellington, a hill I climbed an inexplicable amount of times with my mother. Each of these sights and memories were picked up like cherished objects, held with love, and then put back down.

The best thing that I can say about Mauri Tau is that it gives you space to reflect on what you’ve done, and then encourages you to grow and fill that space when it’s finished. Sam and Charlotte bathed in morning light. It really is called golden hour for a reason. (Photo: Leonie Hayden)

Forget mindfulness. Erase it from your mind and vocabulary. Replace it with mauritau. It’s a concept that means to be calm and without panic. Your mauri (life force or vital essence) becomes tau (settled).

This morning I achieved mauritau by ascending a tūpuna maunga with friends and the voices of the stars as my guide. I loved the intention required to engage as the stars encourage you to interact with your environment – pick up a leaf, look out for a feather, whisper a wish or reach your hands up to the stars. It’s not a child’s bedtime story though. Writer Scotty Cotter has found some incredibly human moments among the stars, like when our penultimate star, Pōhutukawa (an achingly good Rachel House) talks about the small ways our dead loved ones show that they’re still with us. It’s a conversation somehow, with the stars becoming the voice of something deeply personal to you. And while most of the stars encourage and offer words of wisdom – to slow down, to get up when we fall – there’s righteous anger too, at how we’ve shirked our responsibilities to the natural world. Waitī (Akinehi Munroe), the star connected to fresh water, is furious and disappointed about how we’ve treated her waterways, and I admit I felt shame.

But mostly I felt light, even when Pōhutukawa brought forth tears.

Maybe it’s the endorphins from a brisk morning walk, maybe it’s the vitamin D from those early rays of sun. Maybe there’s an ancient science to the frequencies in the stunning, immersive soundscape, but as we walked and then watched the sun rise, there was a very real resonance in my tinana that caused physical pleasure.

The feeling clung like morning mist for the rest of the day. 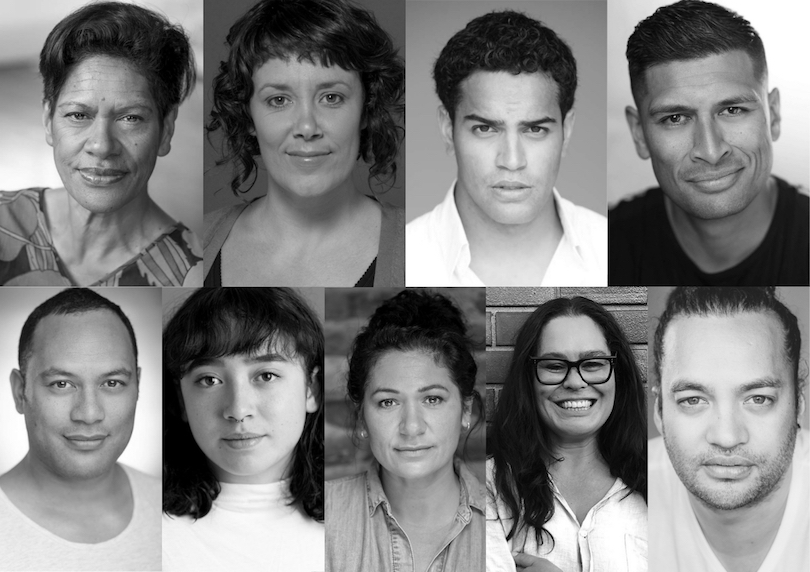 Embarrassingly, I know very little about Matariki. Growing up, it wasn’t something my own whānau marked in any way, or ever spoke about. The stories and meaning surrounding those eight whētu have till this morning, felt distant.

The experience of walking up a maunga that I’ve spent so much time in, on and around while listening to Mauri Tau through my little cracked iPhone, in the company of lovely, rugged up co-workers, was a profound way to welcome in Matariki.

The idea that we’re all stardust is a beautiful one, and the recognisable characters built around each of the eight sibling Matariki whetū in Mauri Tau did a wonderful job of creating that link between us and those seemingly far-away twinkly things in the sky. All at once, they felt everyday, recognisable and close; surfer cousins, hard-case aunties. Each with profound wisdom to share with the listener, each of them nurturing and kind.

Sometimes their stories stirred up guilt. For me, this meant feeling guilty over the challenge from Waitī, the star who looks over our freshwaters; river, streams to start doing better to look for the health of our awa.

It seems simple, but the weight the experience puts on the idea of looking up is a reminder that we surely all need to hear. Whetū guided our tūpuna to Aotearoa, and yet I pay little to no attention to them. Since our walk with the whetū, I’ve found it hard to stop thinking about how the bright lights of the city around us often makes the stars literally disappear. I need to take more time to be with the stars.

Along the way you’re picking up leaves and feathers at the request of our star guides, giggling or spilling a few tears at their stories. Walking around a city you’re so familiar with in such a thoughtful and uninhibited way is liberating. Immersed in a stunning soundscape, listening intently to the words of each character. You’re all at one entirely present (with icy hands to prove it), and at the same time very far away.

Tickets for Mauri Tau can be booked here. Learn more about Matariki here.